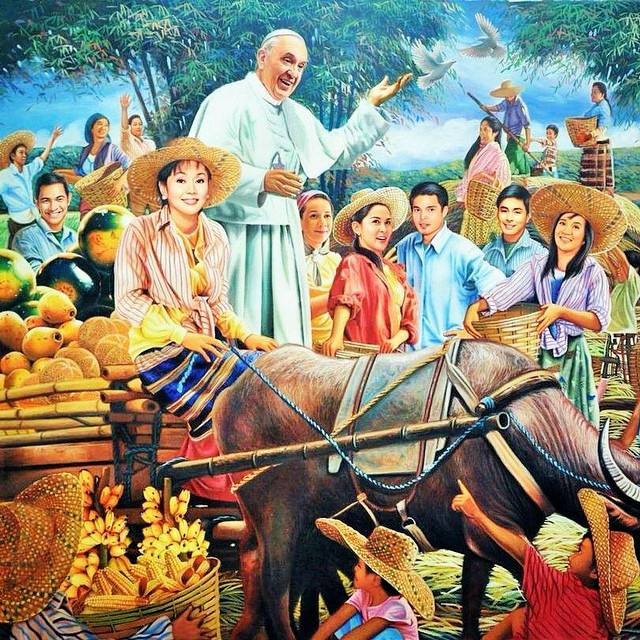 MANILA, Philippines – Days before Pope Francis’s visit to the Philippines, a painting of him along with some of local showbiz’s personalities was unveiled by visual artist Dante Hipolito, seen on Facebook.

In the painting entitled Salubong, stars such as Marian Rivera, Kris Aquino, Coco Martin, Gary Valenciano, and Sen. Grace Poe are seen in the frame along with Pope Francis.

(As an artist, Pope Francis serves as an inspiration. Aside from the respect for religion, he is very open-minded and he tries to understand people’s lives in modern times.)

The painting can be viewed at the ARTleadoff 2015 group show from January 25 to February 20 at Galeria de las Islas of the Silahis Center, Luna St. Intramuros, Manila. –Rappler.com