Why I’m not excited to see Pope Francis

Jan 11, 2015 10:48 PM PHT
Voltaire Tupaz
Facebook Twitter Copy URL
Copied
About 20 years ago, other than priesthood, my goal in life was to see in person a successor of St Peter

What has life done to me that I’m no longer as driven to see a Pope as I was as a young Catholic seminarian? Has age turned me into a jaded soul?

I would ask myself these questions as I prepare for the papal visit coverage with colleagues at Rappler.

About 20 years ago, other than priesthood, my goal in life was to see in person a successor of St Peter. The 10th World Youth Day realized that dream. 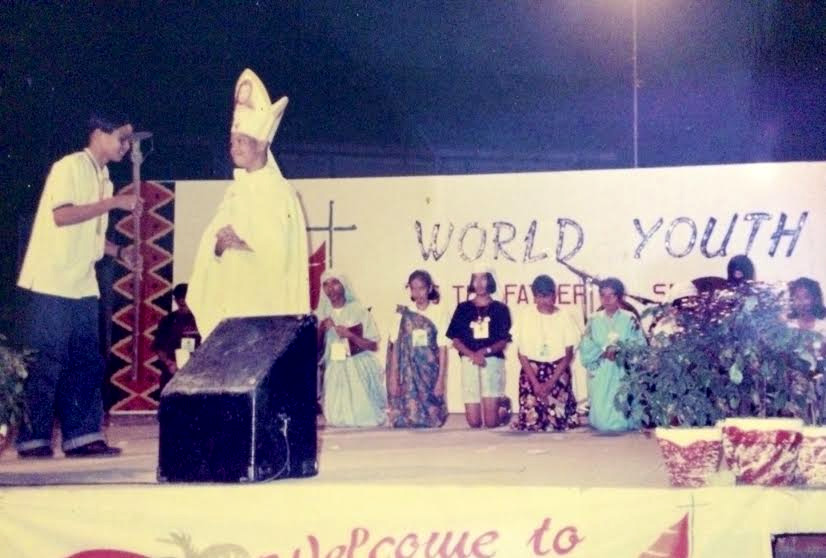 It was exciting to be among the young people who trooped to Manila for the international gathering held from January 10 to 15, 1995. The experience at the Luneta Park, where more than 5 million people gathered for Pope John Paul II, was the most intense moment of my youth. 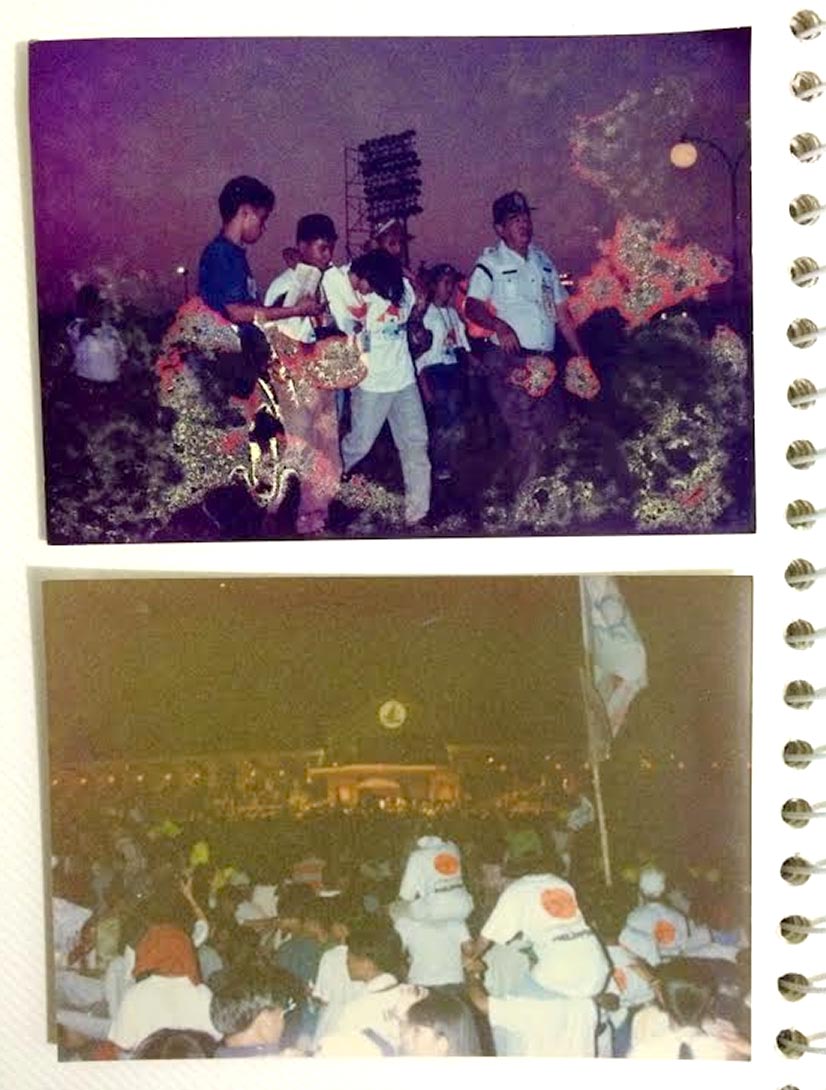 The vast park smelled of urine and sweat, but it felt like heaven surrounded by an energized crowd that hardly ate or slept.

As the Popemobile inched its way into the Quirino Grandstand for the youth vigil on January 14, I rushed toward the portion of the road fronting the Manila Hotel. The bullet-proof vehicle carrying the beaming Pope, I heard on radio, was momentarily stuck there.

From the heart of the Quirino Grandstand, it felt like I floated into the threshold of my dream – less than 3 meters away from where I stood. An old woman beside me fell on her knees weeping. Young people tried to reach out to touch the glass of the white vehicle. A thunderous applause was heard behind me. I froze in front of His Holiness, who is now a saint.

Seeing the Pope then was a powerful personal moment that moved my senses and influenced my views.

But John Paul II understood the nature of my generation, of young souls – ever exuberant, ever euphoric over fleeting images and moments.

And he believed that “the fundamental problem of youth is profoundly personal,” he told the Luneta crowd on January 15.

So he asked us personal questions before he said goodbye: “Are you capable of giving of yourself, your time, your energies, your talents, for the good of others? Are you capable of love? If you are, the Church and society can expect great things from each one of you.” 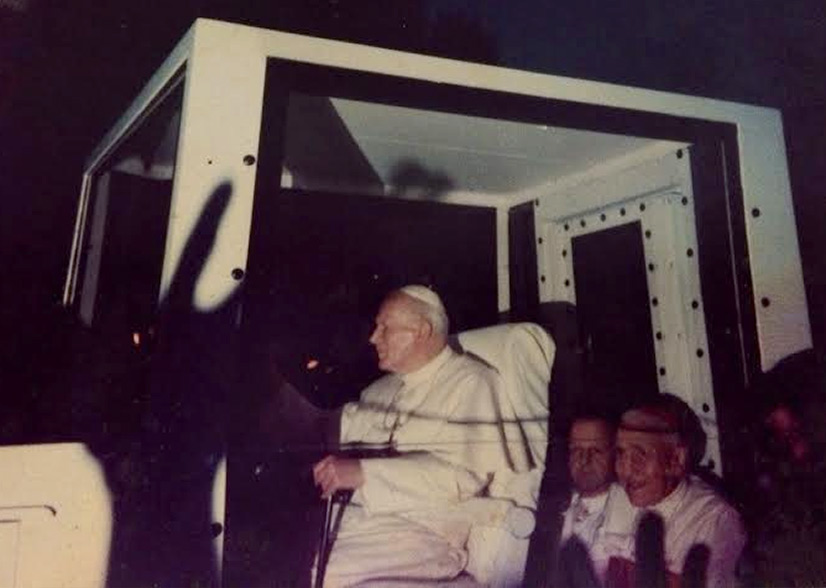 It is easy to say yes when you bliss out, but in the end, firm resolve is tested on the ground.

Mine took years and in various forms and contexts. I did not pursue the priesthood. I decided to advocate for indigenous peoples as a youth activist and confronted unjust policies as a development worker. As a journalist, I now strive to give voice to the vulnerable through stories and platforms that enable them to take action. 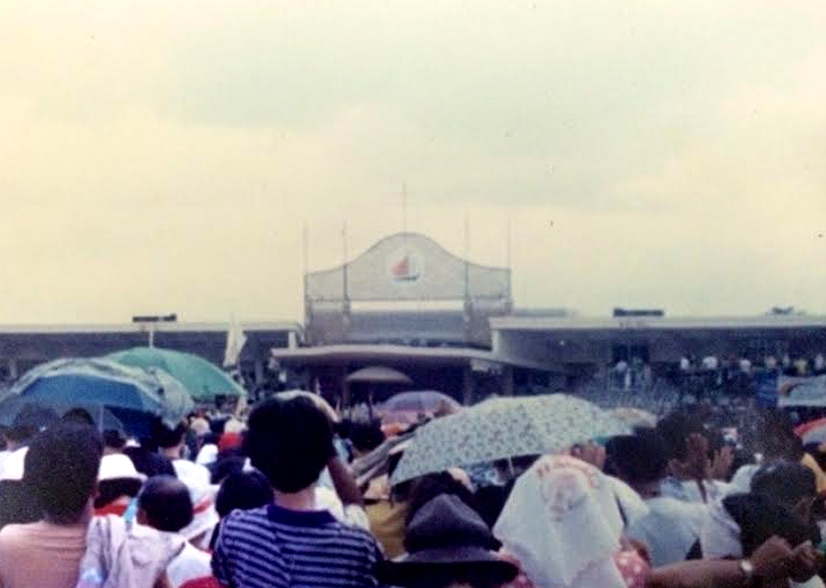 My fellow young people then are in various fields and causes now. Perhaps, they will now accompany their sons and daughters to Luneta or to Tacloban.

I encourage young people to go and see the Pope of their generation. #PopeFrancisPH often goes viral on social media, but see how it feels to connect with him in person and observe why he is considered the ‘People’s Pope‘.

Whether you get close to him or not, hear how he views the world. See how he treats people with mercy and compassion – the Yolanda survivors he will have lunch with, the gay people he refuses to judge, the Muslim prisoners whose feet he washed and kissed.

But most importantly, #ShowthePope how we see them through our own lenses and perspectives – not as mere spectators but us storytellers of a rare, inspiring experience.

I guess that’s what excites me more about the second papal visit that I will be witnessing in my lifetime. – Rappler.com