MANILA, Philippines – There’s a special portalet – bigger and air-conditioned – that will be provided for Pope Francis at the Manila Cathedral in case nature calls.

According to Dionisio Saut of the Integrated Waste Management Incorporated (IWMI), the special portalet is used only for very special occasions and for important personalities. 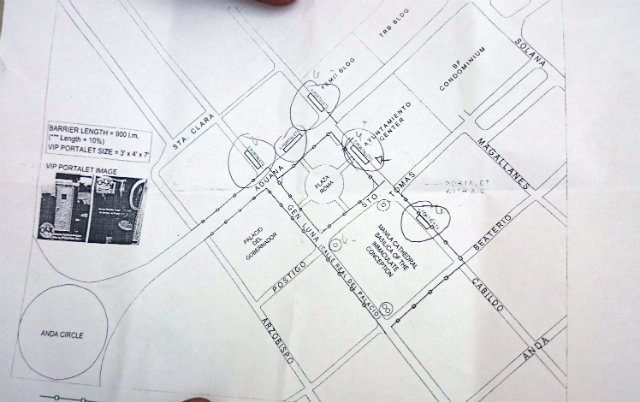 Expected to draw more than 5 million Filipinos from across the country, Pope Francis’ visit to the country poses a security and sanitation nightmare to organizers and officials. Given the dense crowd, portalets are expected to attract kilometric queues throughout the day.

In fact, the Department of Health has already recommended the use of adult diapers for those planning to attend the papal Mass at the Luneta, to prevent potential health problems.

There are more than 700 portalets to cater to millions of Filipinos who will flock to papal visit venues in Manila alone. They are spread out as follows:

IWMI also supplied the portalets for notable events in the country’s history, including the 1991 Pinatubo eruption aftermath, the arrival of John Paul II, and the aftermath of Typhoon Yolanda in Tacloban. – Rappler.com