12 faces of Christ during the papal visit

Jan 22, 2015 9:46 AM PHT
Serge Gabriel
Facebook Twitter Copy URL
Copied
'In those 3 days, I found myself encountering the God of surprises my educators have introduced me to' Growing up and being educated by the Jesuits, I always loved how these men of the Church stressed, in every opportunity, to impart this value to all of their students. This lesson became one of the many reasons why the Jesuits became my heroes.

Considered to be at the core of Ignatian spirituality, finding the Domino (Lord) in Omnibus (everything) became a practice for everyday. It’s a piece of St Ignatius himself that I’m glad to have taken home and take with me wherever I go.

Undoubtedly, I owe much of who I am today because of my Jesuit education.

So, you can imagine my excitement when a very good friend of mine, David Lozada, who was covering Pope Francis, the first Jesuit Pope, messaged me asking, “Do you want to see the Pope?”

“Yes,” I said. And I had never been so excited in my life.

My “yes” meant joining Rappler’s MovePH team and being on-site wherever the Vicar of Christ would be during his stay in Manila. The first two days had me going around Quirino and SM MOA and interviewing people regarding their thoughts and feelings on the pontiff’s visit. As our team lead told us, there were stories everywhere.

Waking up at 6am and fighting through crowds were just some of the challenges we had to go through everyday just for the chance to see the pope. It was all worth it. In those 3 days, I found myself encountering the God of surprises my educators have introduced me to.

Through all that scrambling, I got more than I bargained for: I saw Christ. Not just once but over twelve times. 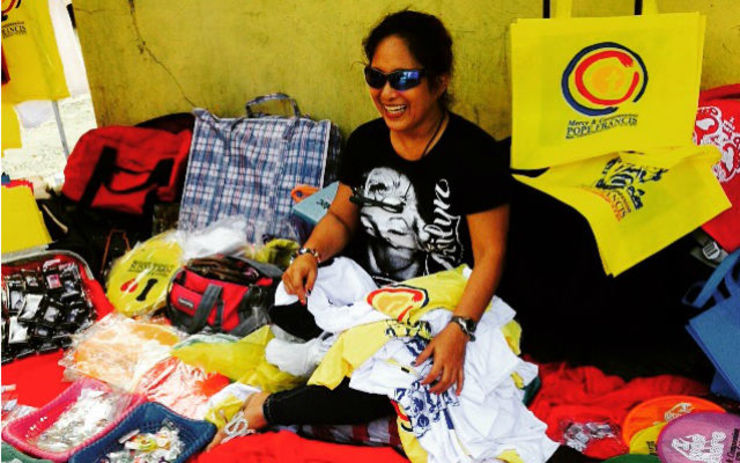 2) He then introduced himself as Antonio Cabreza 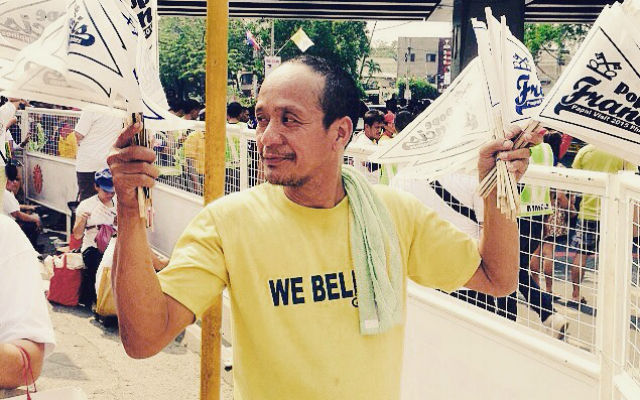 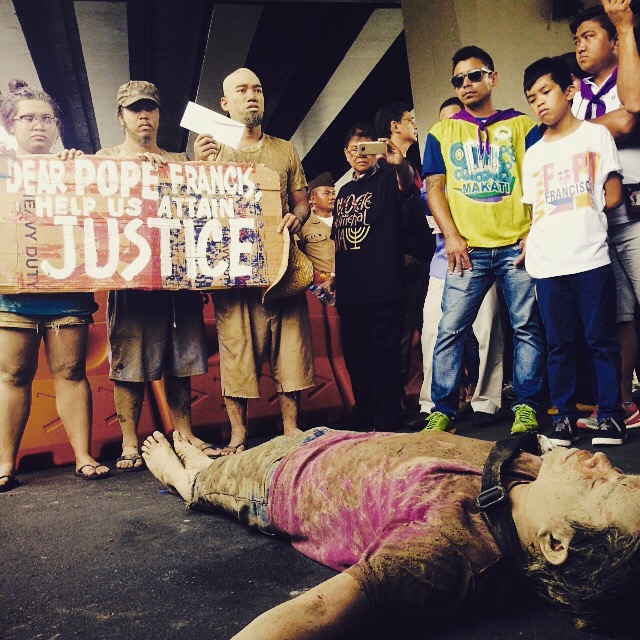 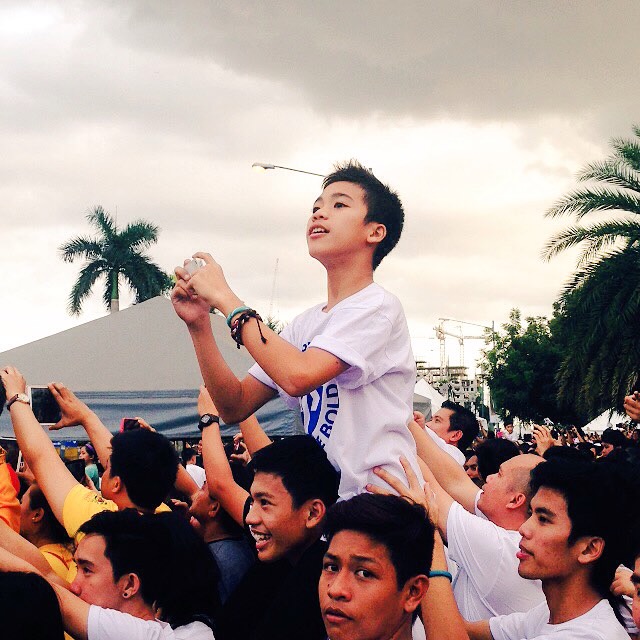 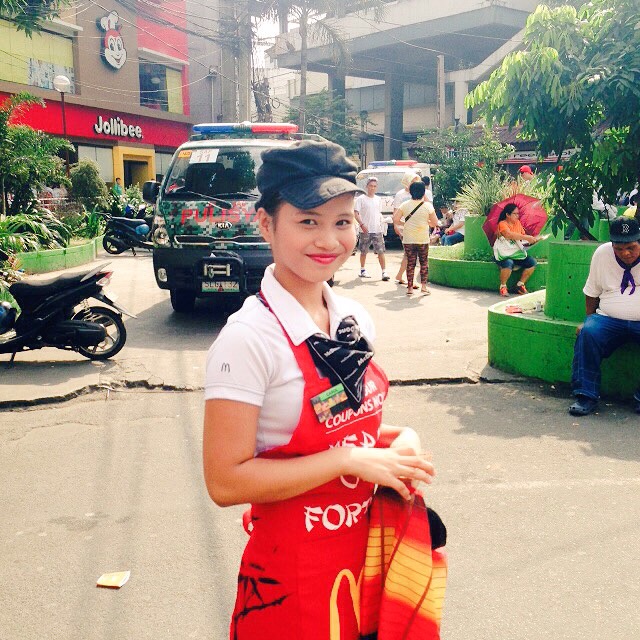 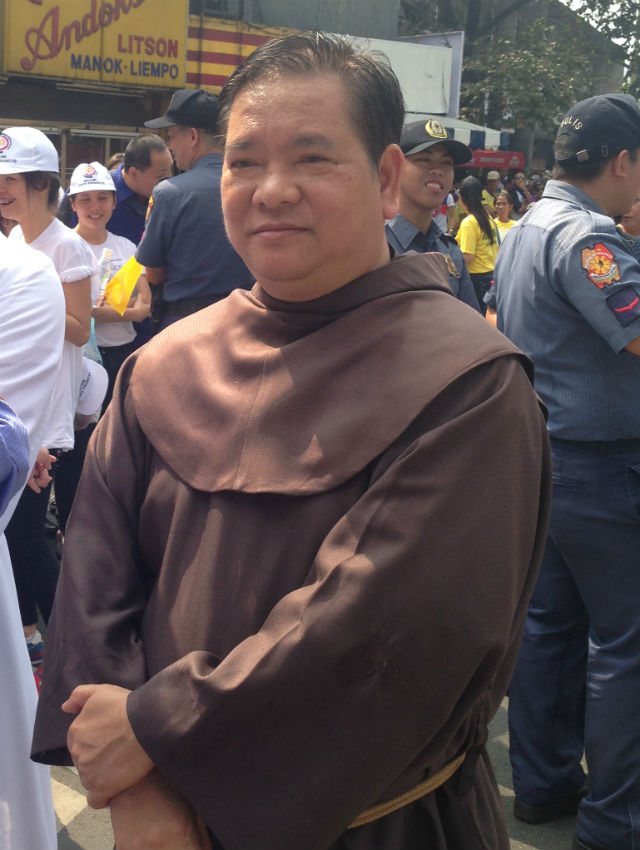 I met Fr Willy Benito, a Franciscan parish priest of 21 years in Sta Ana.
“It’s makes me happy. Who would have thought he would have taken the St Francis of Assisi’s name? In history, St Francis was known for causing great change in the Church – you can see that’s what he’s also doing now,” explained the Fransiscan.
Fr Willy and his parish of over 350 members stood from 4am until evening on Thursday, January 15, just to see the pope.
7) I saw Him wave from the popemobile
Without a doubt in my heart, those two seconds changed my life. 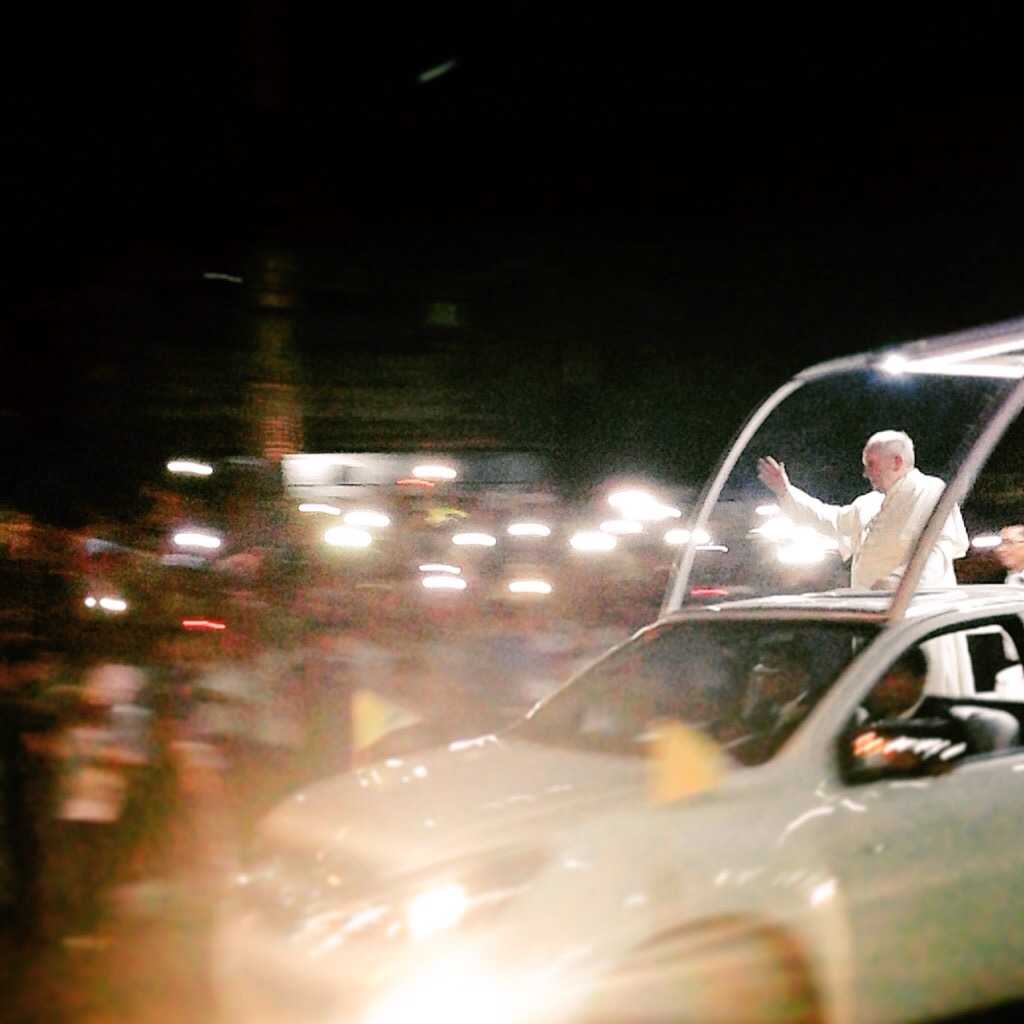 8) I saw Him tired yet thankful 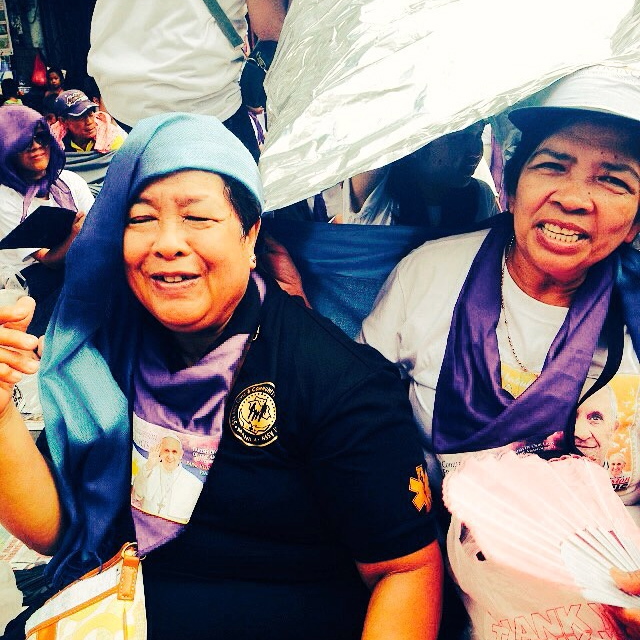 9) I saw Him as a grandfather 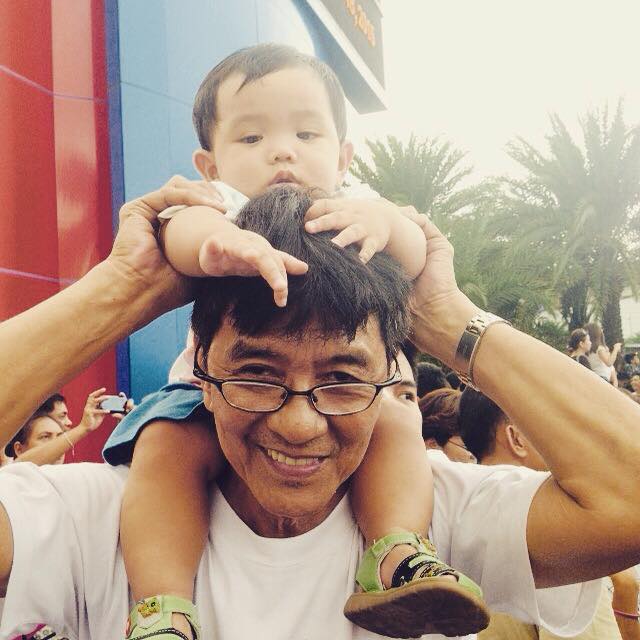 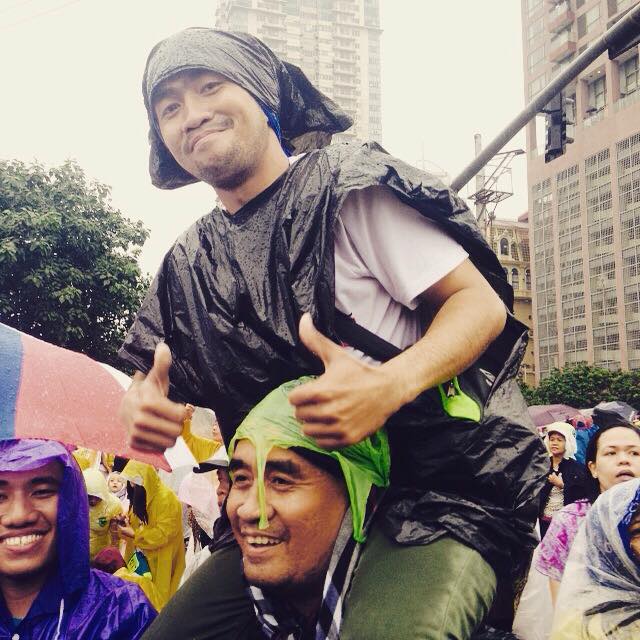 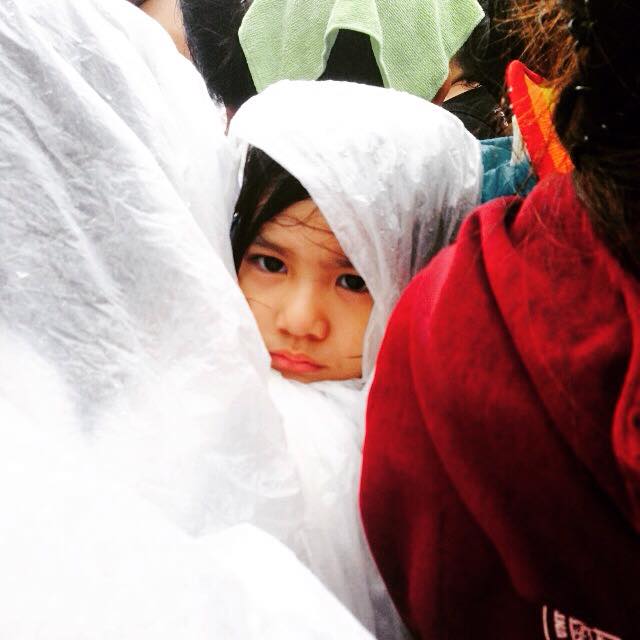 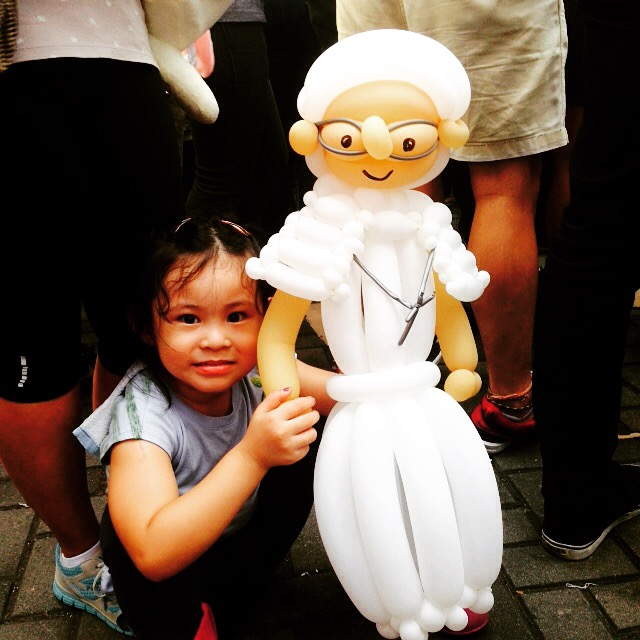 As the beloved Argentinian pope flew back home, I can only wonder what other surprises He’ll leave to be uncovered.

When I’ll get to see Pope Francis again, only God will really know. But when will I see Him again? Most likely on the next train ride I take or in the next seatmate in class I’ll have.

If you take a second to really look at someone, you might be surprised. I know I was and I couldn’t be more thankful for it. – Rappler.com

Serge Gabriel chased Pope Francis in Manila over the last 4 days as a Rappler Mover. He is an avid runner, writer, and an aspiring philosophy professor. This article also appears on his blog.