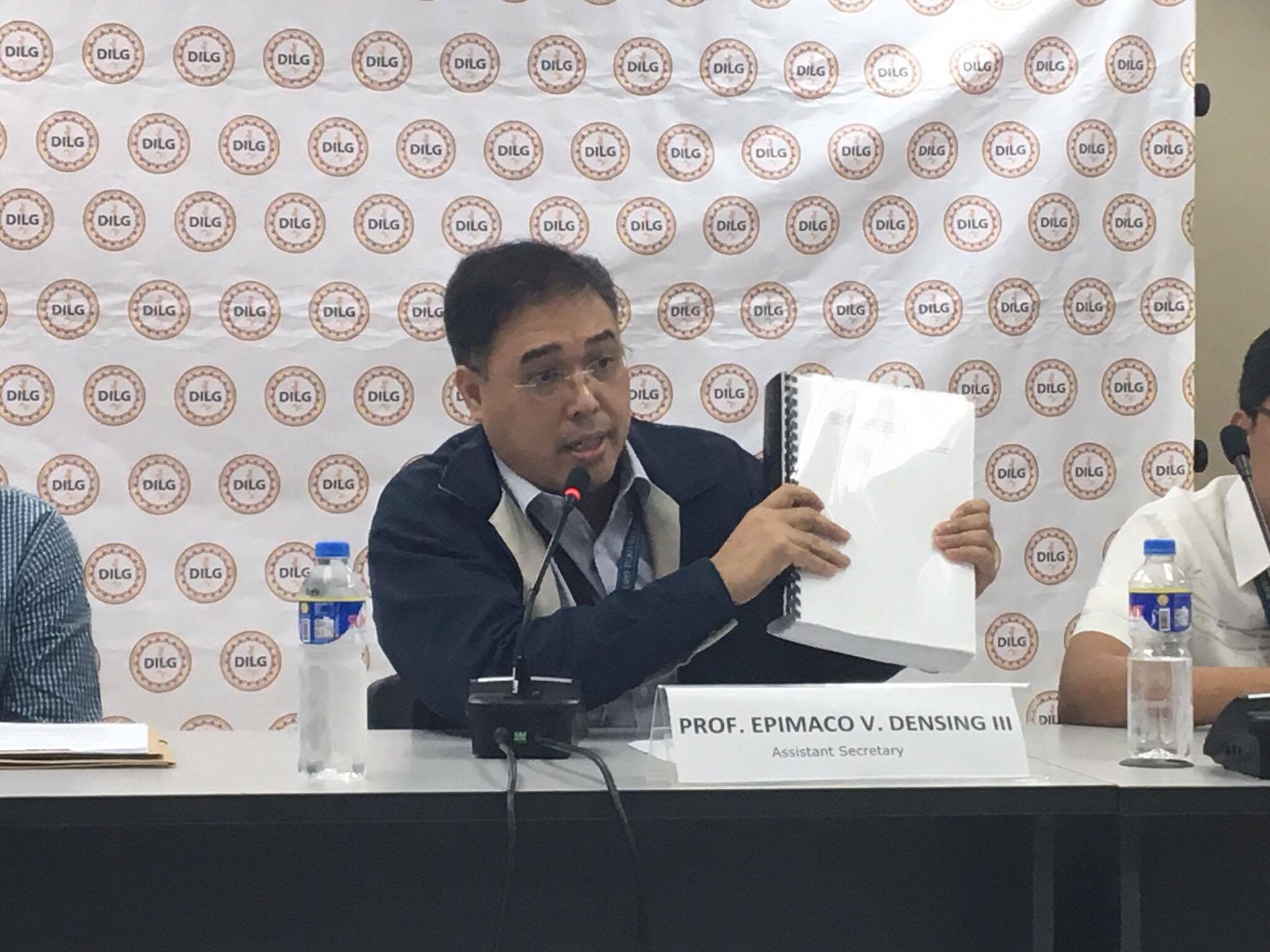 MANILA, Philippines – The Philippine News Agency (PNA) reported on Monday, May 15, that Department of the Interior and Local Government (DILG) Assistant Secretary Epimaco Densing III said 95 nations were convinced there are no extrajudicial killings (EJKs) in the Philippines during the Universal Periodic Review in Geneva, Switzerland.

Densing did not make such a claim.

Contrary to the May 15 PNA report, Densing only said that members of the Philippine delegation in the Universal Periodic Review in Geneva were “very confident” that other countries were convinced by the presentation delivered by now Foreign Affairs Secretary Alan Peter Cayetano. (Read: Cayetano to UN: No new wave of killings in PH)

“After Senator Alan Peter Cayetano made also an overview of the true situation of the human rights situation in our country, including the anti-illegal drugs campaign. We were very confident that the 109 countries who attended the interaction, the UPR interaction with the Philippines, were convinced,” Densing said.

PNA also reported on May 15 that according to Densing, other countries told him that “it was the first time they heard that the figures reaching them were ‘spoiled and rotten information,'” referring to reports by local media and human rights organizations.

In a text message sent to Rappler, the DILG official denied that he described as “spoiled and rotten” the information supposedly released by Philippine media and human rights groups on the drug war in the country.

“I never mentioned those words, ‘spoiled and rotten,'” Densing said.

Densing also acknowledged that countries expressed concern about drug-related killings in the country.

“Out of the 109 countries, there were 95 who made interventions. When we say interventions, the term intervention means they made comments and recommendations,” he said.

“They only mentioned there that we should review the EJKs happening in our country at least in the last 9 months, but they never expressed concern that we should stop with the anti-illegal drugs campaign,” Densing said.

Nonetheless, the DILG official did claim – as reported by PNA – that all the 95 countries who presented their intervention “congratulated” the Philippines for improving the human rights situation in the past 5 years.

Densing also reiterated what Cayetano said in his presentation – that the term “extrajudicial killing” has been misused.

Since August 2016, murders outside police operations were called deaths under investigation.

PNA revised the story to reflect Densing’s clarification, but only days later.  The revised story has been retitled “PHL’s human rights situation commended at UPR” from “95 nations in 3rd UPR convinced no EJKs in PHL”.  Among the revisions in the story is the removal of the supposed “spoiled and rotten” quote of Densing.

Spot the difference between the original story and the revised report: