Nov 28, 2017 4:39 PM PHT
Rappler.com
Facebook Twitter Copy URL
Copied
Several websites claim that Chief Justice Maria Lourdes Sereno left the country but her camp says she went on a provincial trip from November 24 to 25. Social media posts by participants in the events she attended during the day she supposedly left also confirm this claim. 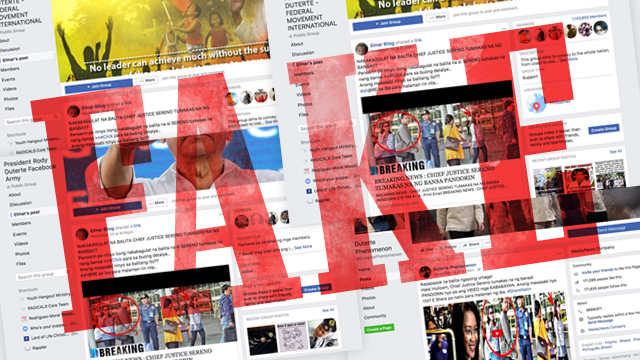 The posts, published starting November 25 and shared on Facebook groups carrying the name of President Rodrigo Duterte, implied that Sereno escaped the impeachment complaint filed against her. (LOOK: Why petitioners want Sereno impeached)

The camp of the Chief Magistrate, however, said that she “has not been out of the country.”

Aside from Sereno being present during the second round of Oplan TokHang oral arguments at the Supreme Court on Tuesday, November 28, several social media posts by participants in the events she attended during the day she supposedly left also confirmed her presence.

According to spokesperson lawyer Carlo Cruz, Sereno went on a provincial trip from November 24 to 25 – the days after she gave the keynote speech at the Human Rights Summit of the Integrated Bar of the Philippines in Taguig City.

On November 24, she was guest speaker at the Dawn Watch Prayer Meeting of the New Life Church in Puerto Princesa, Palawan.

The following day, on November 25, Sereno flew back to Manila in the morning and by afternoon, was in Quezon City for the 6th Congress of the Caucus of Development NGO Networks (Code NGO), a series of tweets by the SC Public Information Office showed.

Rappler found that the origin of the picture used in the fake news post was a video posted on November 25.

The original post, which has been shared more than 1,900 times, claimed that Sereno did not fall in line at the airport’s departure gate – and was not about to leave the country as claimed by the posts of the 8 websites. 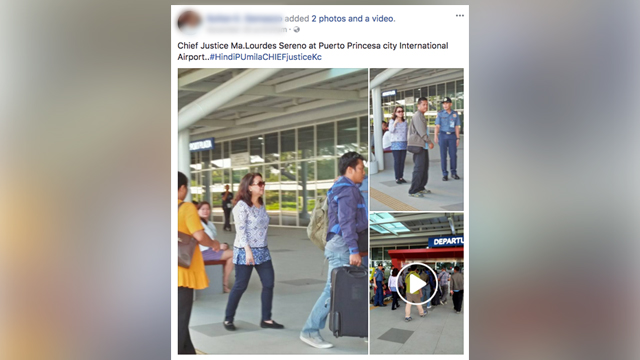 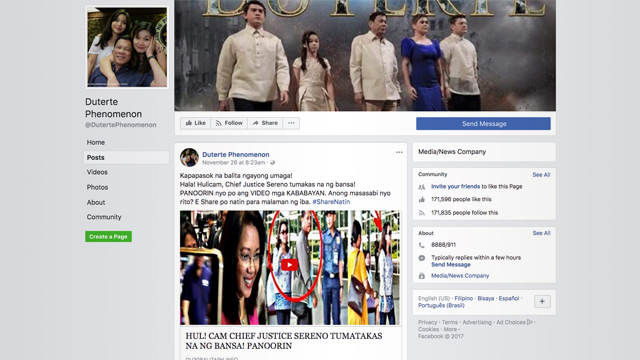 Sereno is currently in the hot seat as the impeachment complaint filed against him by lawyer Larry Gadon continues to be heard by the House committee on justice. (READ: How similar are the Sereno and Corona impeachment cases?)

The “strongest” argument for impeachment facing Sereno is the allegation about untruthful declaration in her Statement of Assets, Liabilities, and Net Worth (SALN). She has, however, consistently denied these accusations. (READ: Sereno impeachment: Summary of the Chief Justice’s earnings, expenses) – with reports from Rappler Research and Lian Buan/Rappler.com