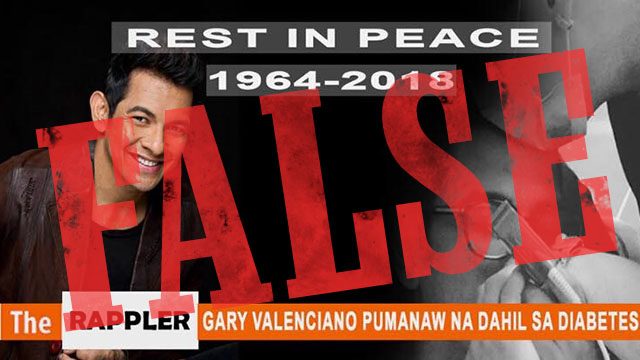 In a teaser that aired on TV Patrol on July 6 of an interview with Korina Sanchez for her show Rated K, Valenciano revealed that after undergoing a heart bypass surgery in May, he found out he had kidney cancer but that his doctors “cleared him of the Big C” – a statement he also made during the interview with Sanchez.

The first blog did not load any content, while the blog newstoday-ph.info included Rappler in its headline.

The All 4 blog used a May 7 Umagang Kay Ganda TV report about Valenciano’s condition.

Rappler has observed that these web pages hosted different content over time, and that these were shared on Facebook pages pertaining to students and vehicles, and on a parenting Reddit group.

These websites also hosted varying content such as a Claudine Baretto death hoax, a “win cash” promo, and a question about a parent’s baby climbing out of a crib. (READ: 10 tips on how to spot fake news from Facebook)