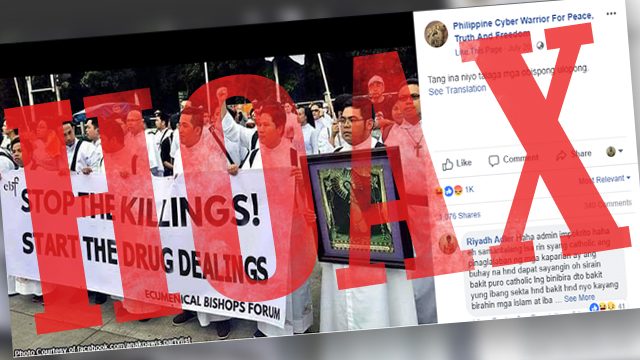 The photo was posted by Facebook page “Philippine Cyber Warrior For Peace, Truth And Freedom” on July 20.

It was also shared by two Facebook groups, an anti-Noynoy Aquino one and a “New Hero” group.

The facts: The photo is manipulated. The original photo is from the Movement Against Tyranny (MAT) and was published on Anakpawis’ website. It was a prayer rally held by church officials on November 5, 2017 as part of their 33-day “Start the Healing” campaign which called for a stop to the killings under President Rodrigo Duterte.

The original banner read, “Stop the Killings! Never Again to Tyranny and Dictatorship!” A reverse image search shows results leading to the Anakpawis website and the exact post from the party with the real photo. 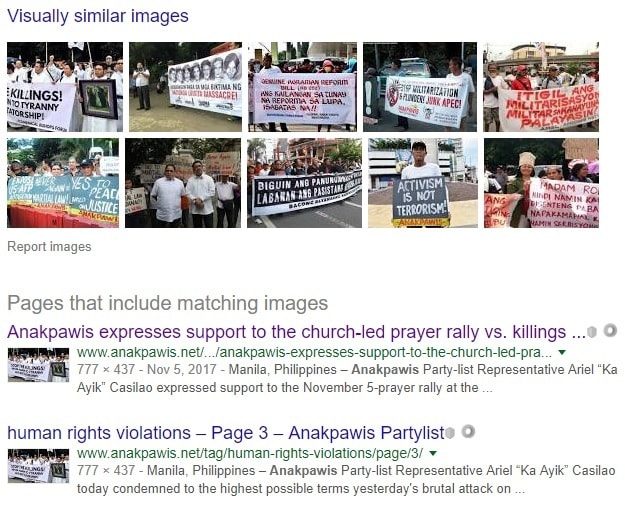 Before this, Rappler fact-checked other church-related hoax stories. Among the most recent is a manipulated photo showing a list of “CBCP-owned” stocks under San Miguel Corporation. – Miguel Imperial/Rappler.com