The post, now taken down, has been shared 13 times in different Facebook pages and groups, which all together, had 2,244,641 followers.  Within these groups the post generated a combined total of 355 interactions as of August 17.

Another blog, pinoynewsbayan.info posted the claim.

The facts: Trillanes tested negative for illegal drug use.

The senator tested negative for cocaine, ecstasy, methampethamine (shabu), morphine, and tetrahydrocannabinol (marijuana). He posted on Twitter the drug test report on August 15. 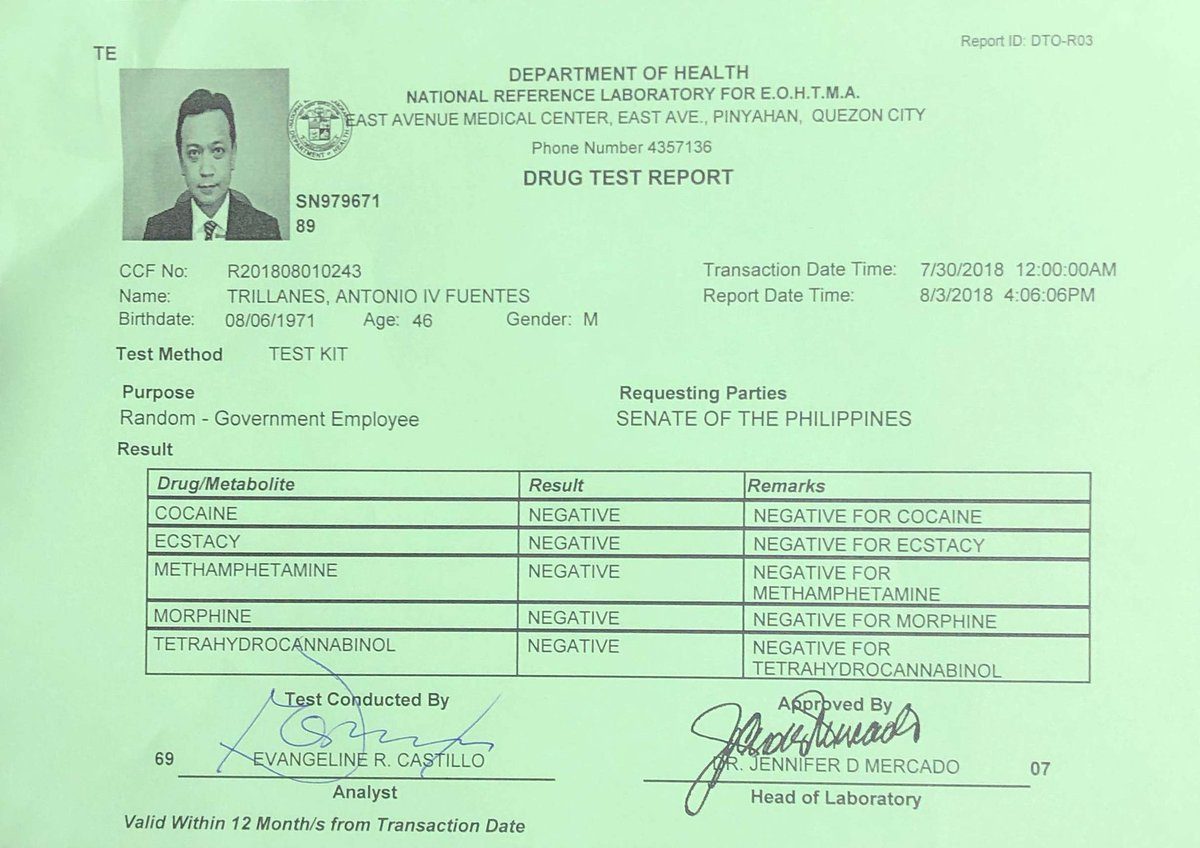 The Senate conducted the random drug test following Sotto’s surprise announcement at the flag-raising ceremony on July 30. He said he was reminded of the Senate’s “commitment to a drug-free environment and workplace.”

Senators can opt out of the testing. It is only mandatory for rank-and-file employees. It was also the first time the Senate uses a more stringent 5-panel test which detects all illegal drugs.

Sotto led the first batch to be tested. Aside from Trillanes, also tested were Senators Gregoria Honasan II, Paolo Benigno “Bam” Aquino IV, Loren Legarda, and Miguel Zubiri. At least 400 out of the 1,700 Senate personnel were also tested. The Office of the Senate President said the results will be released in the next few weeks.

As of posting time, Trillanes is the only one who released his results.

The blog post’s sole content is a YouTube video of Sotto checking the equipment to be used for the testing, and the flag raising ceremony. It was uploaded by channel, “Pro Duterte Ka Ba?”

From April 24 to August 17, the said YouTube channel had 7 videos used by dubious posts Rappler has checked. Examples are Sotto supposedly saying the ethics complaint against Trillanes is “top priority” and Senator Leila de Lima may get the death penalty once capital capital punishment is reimposed in the country. — Miguel Imperial/Rappler.com