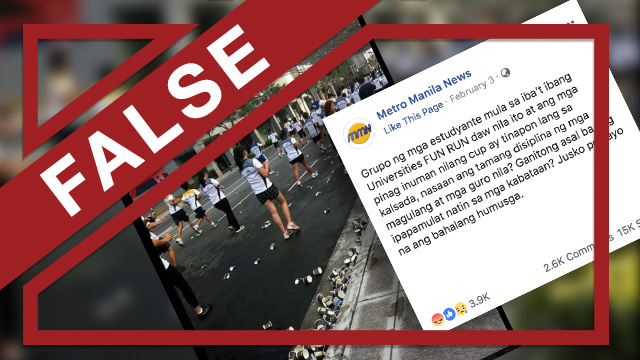 On February 3, 2019, the Metro Manila News Facebook page posted a photo of supposed students running along a street littered with disposable paper cups and plastic bottles. One of the runners was shown tossing a paper cup into the pavement.

The caption on the photo initially described the runners as UP students who were LP supporters protesting in a rally. It then decried the lack of discipline on the part of the supposed rally-goers.

Three days later, after several Facebook users called out the page in the comments section, it changed the caption of the photo to say those in the photo were students of different universities participating in a fun run. 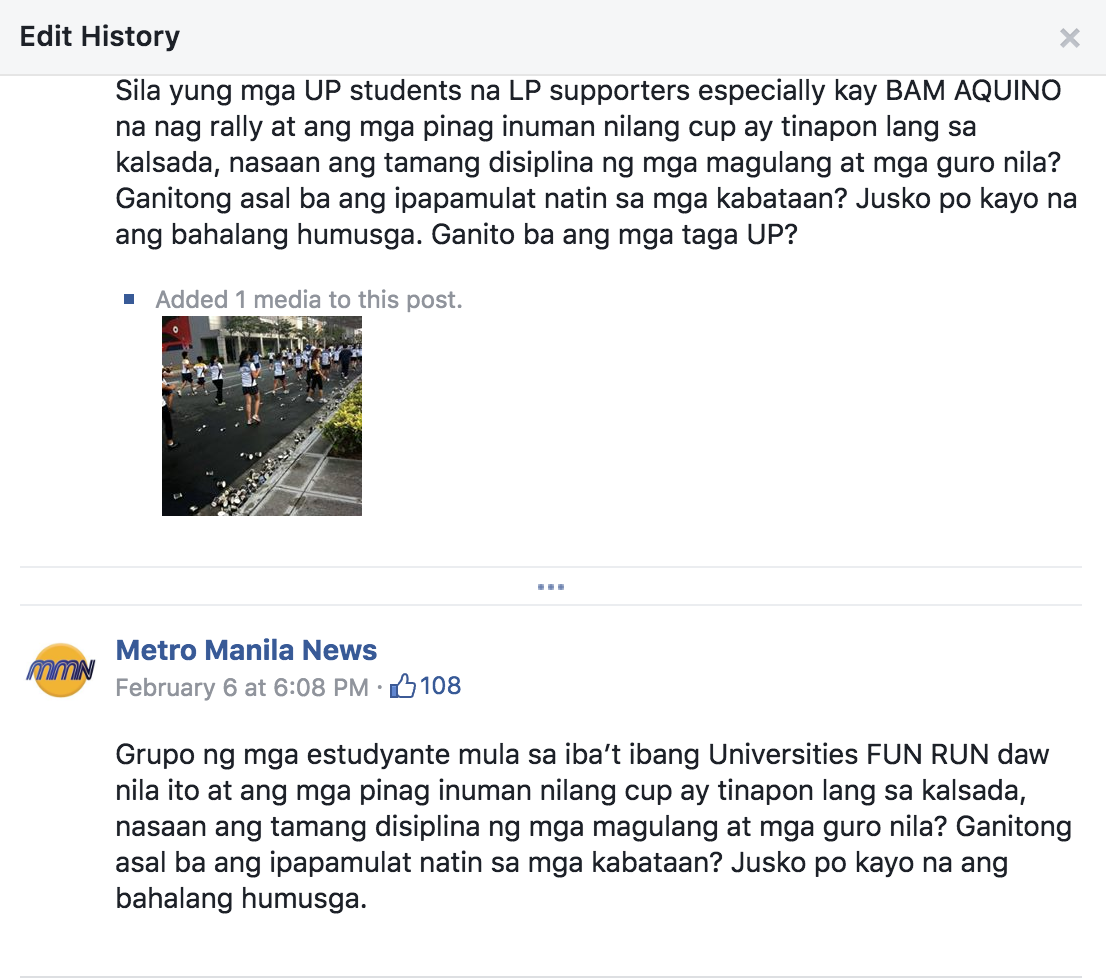 The post of the claim was pinned on the page and has drawn at least 22,228 engagements since the day it was posted.

The Facts: The runners in the photo are not university students, but participants in the National Geographic Earth Day Run held in Bonifacio Global City on April 22, 2012.

The original photo in the claim was posted by a certain Francis Xavier Pasion hours right after the foot race. 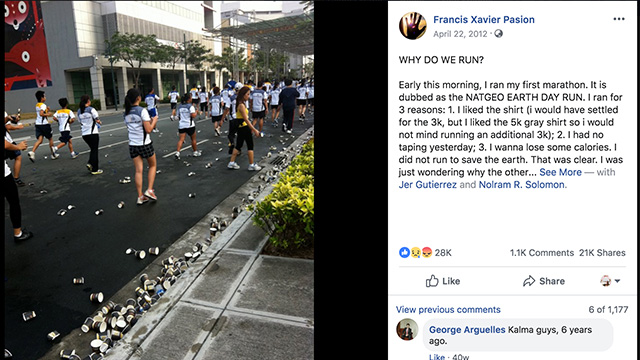 Pasion was also one of those who participated in the fun run.

In his post, he said he was dismayed to see people littering the street with used paper cups and bottled water as these contradicted the purpose of the event.

The Fun Run celebrates International Earth Day every April 22 and envisions turning race participants into advocates wanting to save the planet.

In an ABS-CBN article, organizers gave no reply to queries about the unfortunate incident.

Some of the commenters recognized the real event in the photo and easily spotted the claim as “fake.”

This is not the first time that the Facebook page Metro Manila News has published hoax content. In September 2018, it was among the sites that posted false information about the late President Corazon Aquino and former Chief Justice Maria Lourdes Sereno wearing a necklace that had supposedly gone missing from the collection of the Presidential Commission on Good Government. – Glenda Marie Castro/Rappler.com