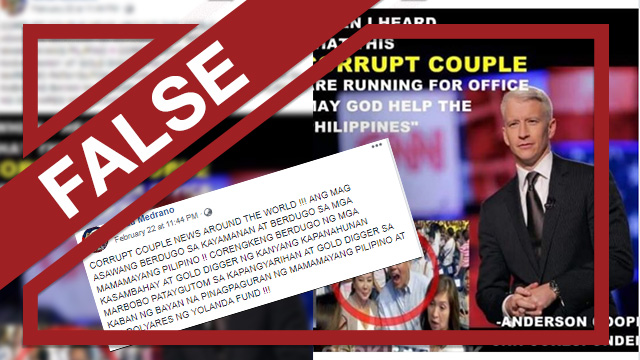 “When I heard that this corrupt couple are running for office, May God help the Philippines,” the statement against the two read.

A Nelda Medrano reshared the meme in a recent viral post, with a caption calling the couple an executioner of wealth and the Filipino people. 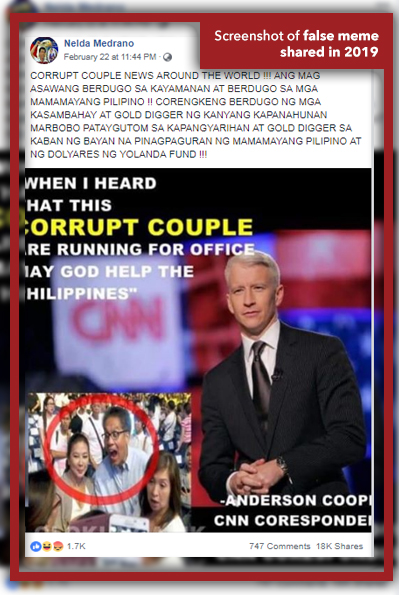 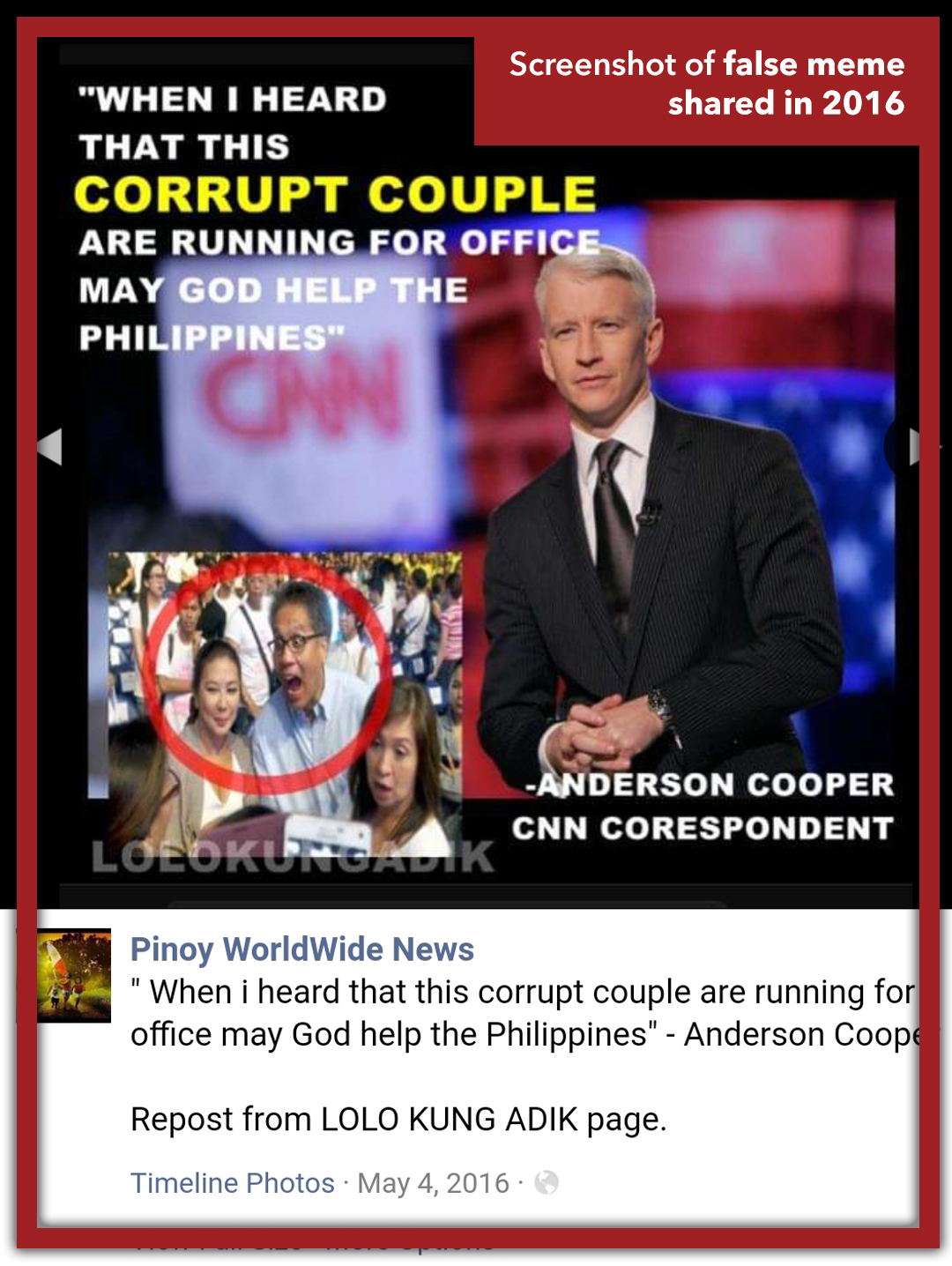 The facts: Anderson Cooper himself denied on Twitter calling the couple “corrupt.” Various news organizations also already did a fact check on the malicious meme in 2016.

Twitter users verified with the journalist his supposed statement on May 3, 2016. Cooper responded, clarifying that the statement did not come from him. “I did not say this. It’s fake.” On another tweet, he maintained he “never said” the quote.

Anderson Cooper and Korina Sanchez had a bit of a run-in when Cooper visited the Philippines in 2013 to cover the devastation left by Typhoon Yolanda. Cooper’s critical observations about the shortcomings of local relief efforts did not sit well with Sanchez, who criticized Cooper’s observations as totally wrong in her DZMM radio program at the time.

Cooper got wind of Sanchez’s comments and countered: “Ms Sanchez is welcome to go there and I would urge her to go there. I don’t know if she has, but her husband’s the interior minister, I’m sure he can arrange a flight.” – Addie Pobre/Rappler.com