Mar 19, 2019 2:37 PM PHT
Rappler.com
Facebook Twitter Copy URL
Copied
A quick reverse image search reveals that the photo is that of devotees of the Black Nazarene during a procession held in Manila on January 9, 2013 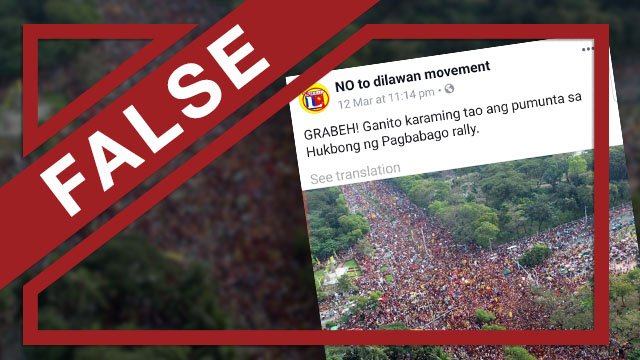 Claim: The Facebook page No to Dilawan Movement posted a photo on March 12 of a supposed Hugpong ng Pagbabago rally gathering a massive crowd.

(Incredible! This is how many people went to the Hukbong [Hugpong] ng Pagbabago rally.) 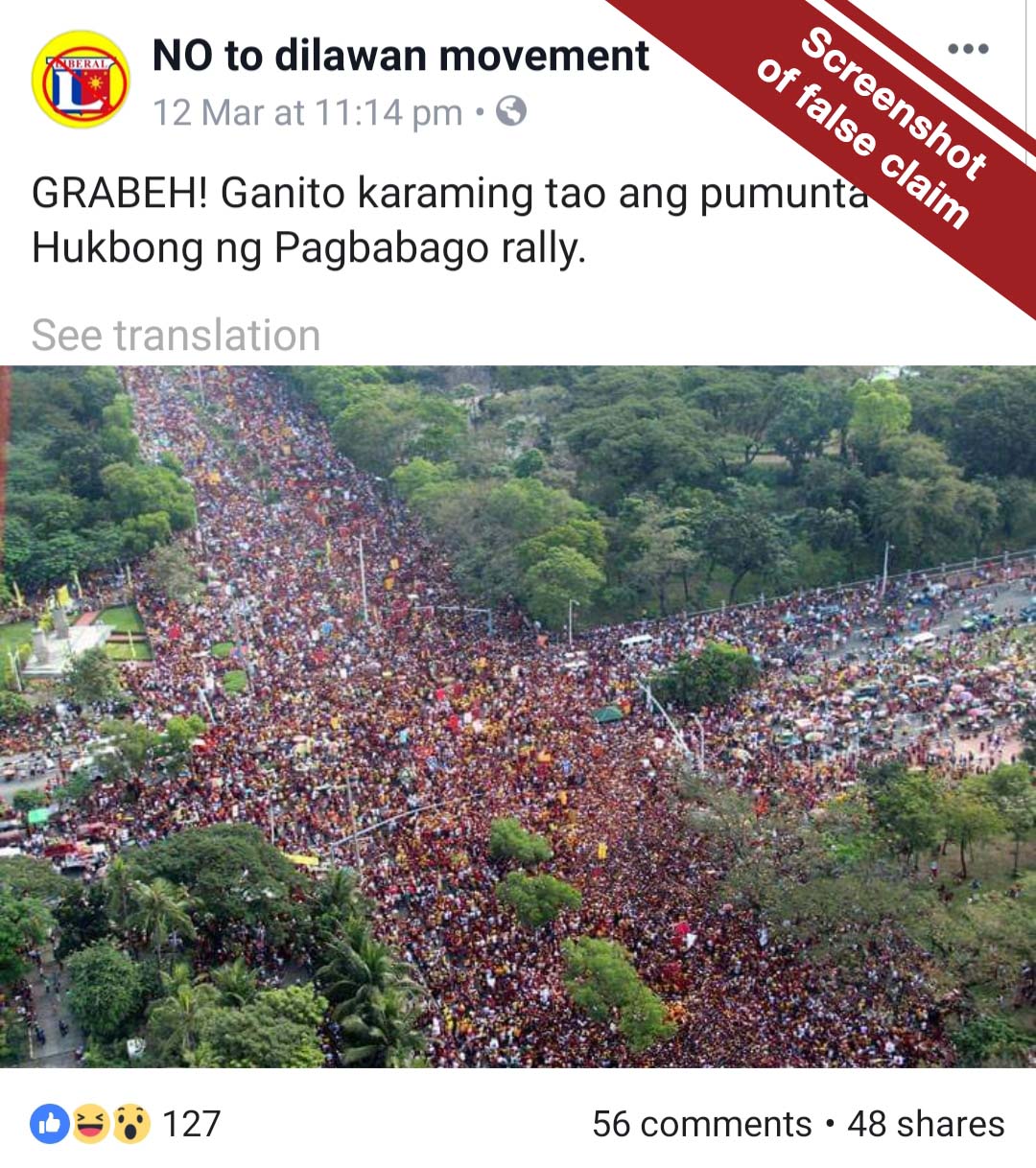 The post has been ciculating since March 12 with 127 reactions, 55 comments, and 48 shares as of this writing. The page No to Dilawan Movement has so far only 975 likes and 9 posts since August 2018.

The facts: A quick reverse image search reveals that the photo is that of devotees of the Black Nazarene in a procession held in Manila on January 9, 2013. 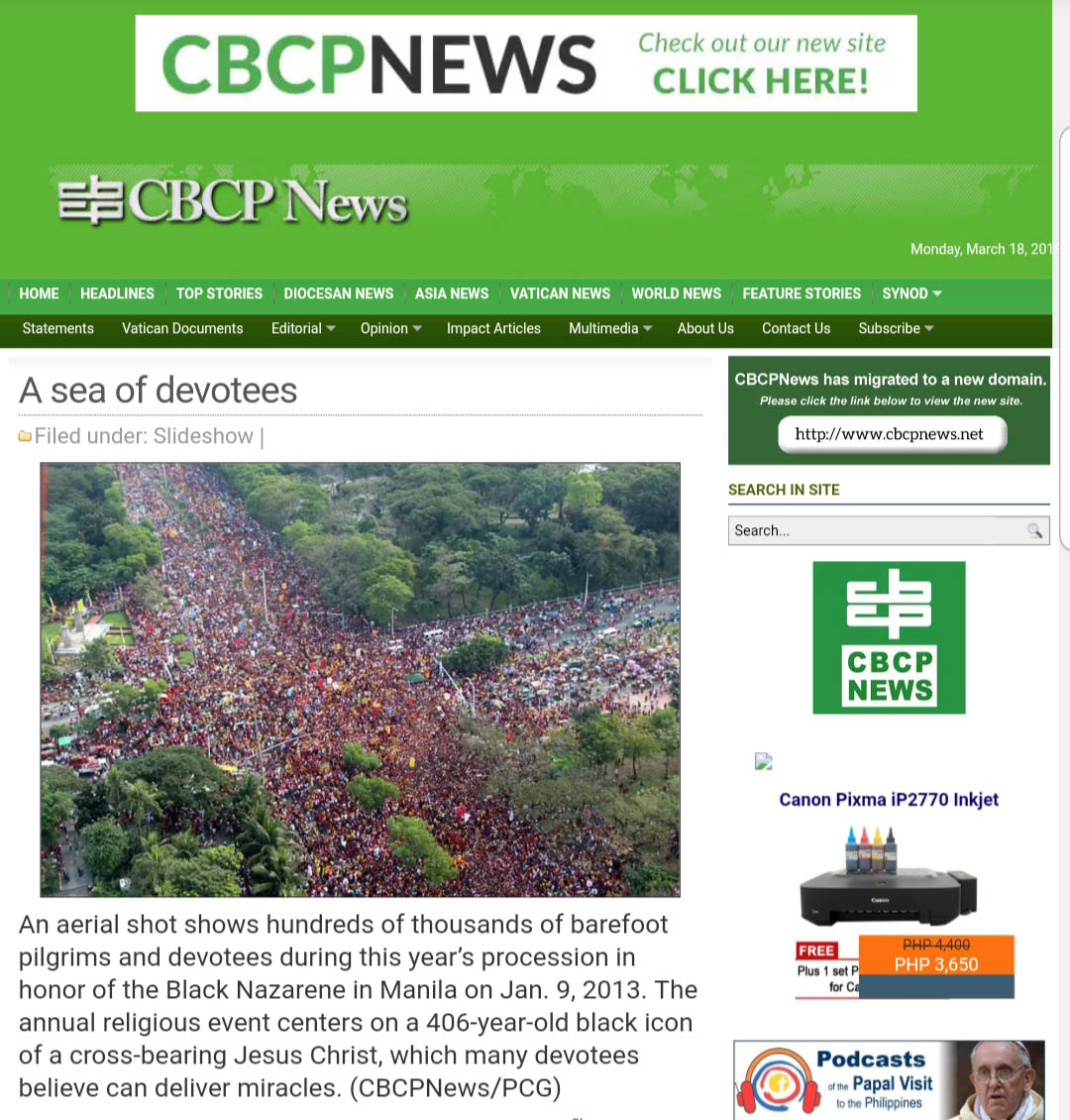 The CBCP’s caption reads: “An aerial shot shows hundreds of thousands of barefoot pilgrims and devotees during this year’s procession in honor of the Black Nazarene in Manila on January 9, 2013. The annual religious event centers on a 406-year-old black icon of a cross-bearing Jesus Christ, which many devotees believe cand eliver miracles.”

Meanwhile, Sara Duterte’s political party has begun its campaign, with ralliies held around the provinces of Lucena, Quezon, and Daet, Camarines Norte on March 11 and 12, respectively. – Addie Pobre, with reports from Pia Ranada/ Rappler.com