WATCH: Say what? Don’t be fooled by false quotes – here’s how

Apr 5, 2019 4:21 PM PHT
Rappler.com
Facebook Twitter Copy URL
Copied
Not all quotes on the web are correctly attributed – here's how you can tell fact from fiction 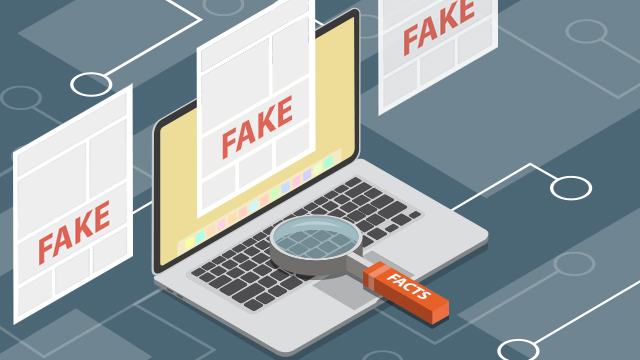 MANILA, Philippines – At a time when anyone can create their own memes or blog posts and pass them off as fact, how do you know what’s real?

News networks will quote a public official or famous personality to add context to a certain topic, to be more precise about what was actually said, or to add color to a piece.

But on social media, some so-called “quotes” that are being shared are either taken out of context or completely made up. Here’s how you can tell what’s real and what’s not.

What was the context?

Be aware of where and when the person allegedly said the quote. It’s possible he or she waa referring to something else when he or she said it.

If the quote was posted on social media, ask the person who posted it for the source of the quote.

Are there other reports?

Check if other reliable sources of news have reported on the quote. If the personality said the quote at a press conference, then it’s likely that others quoted the same line or paraphrased it in their reports.

Was there a recording of the person speaking?

If the person spoke to the press or in public, there may also be a video or audio recording of what was said. Journalists will often post videos on social media for quick dissemination of news.

If the persons who shared a video are not journalists, ask them who took the video and when and where it was taken. It’s possible that the personality said it but not at a public event or only to a private citizen.

Is there an official transcript?

Some public offices and organizations, like the Office of the President or the Catholic Bishops’ Conference of the Philippines, will publish statements and full transcripts of speeches on their websites. Check there before you share a quote.

Where is that photo from?

If the quote comes with an image, reverse image search tools like Google Images and Tin Eye are useful for finding the original source of the photo. Did a trusted news source share the image with a different quote? It’s possible that someone altered the words with the intent to mislead.

If you catch any falsely attributed quotes spreading on social media, send a link and a screenshot to factcheck@rappler.com. Let us fight disinformation one Fact Check at a time. – Rappler.com