Facebook Twitter Copy URL
Copied
There is no Inquirer story published with the headline, 'Gutoc to netizens: I'll send you to jail for making fun of wearing my life vest!'

Claim: Facebook user Paolo Malig posted on April 13 a screenshot of a supposed Philippine Daily Inquirer story on senatorial candidate Samira Gutoc allegedly threatening to jail netizens who made fun of her wearing a life vest.

The headline of the supposed story, with supposed byline of Gabriel Pabico Lalu and dated April 13, says, “Gutoc to netizens: I’ll send you to jail for making fun of wearing my life vest!”

Malig posted the screenshot in the public Facebook group, Cruelty of Noynoy “Abnoy” Aquino and His Government. 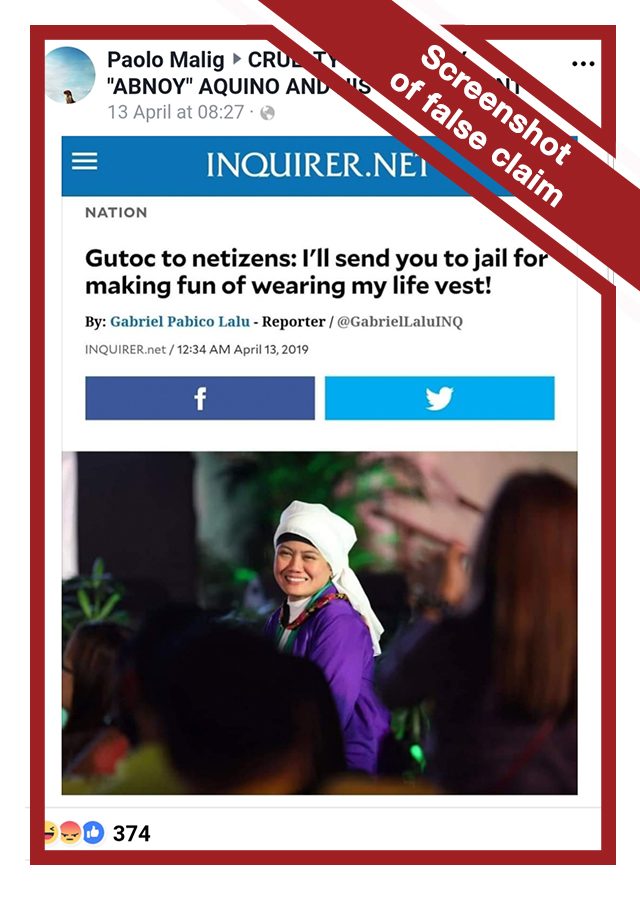 The post has garnered 374 reactions, 134 comments, and 317 shares as of this writing. Comments to the post seemed to believe the story, with majority of the comments slamming Gutoc for her supposed threat. Rappler spotted the post via Crowdtangle, one of its channels for fact-checking.

The facts: The story in question is fake. The Inquirer did not publish a story with this headline, as clarified by the news organization in its April 14 article.

The screenshot posted in the Facebook group is instead a manipulated version of Lalu’s April 12 story on Gutoc telling her critics that wearing a life vest wrong is better than having wrong principles. 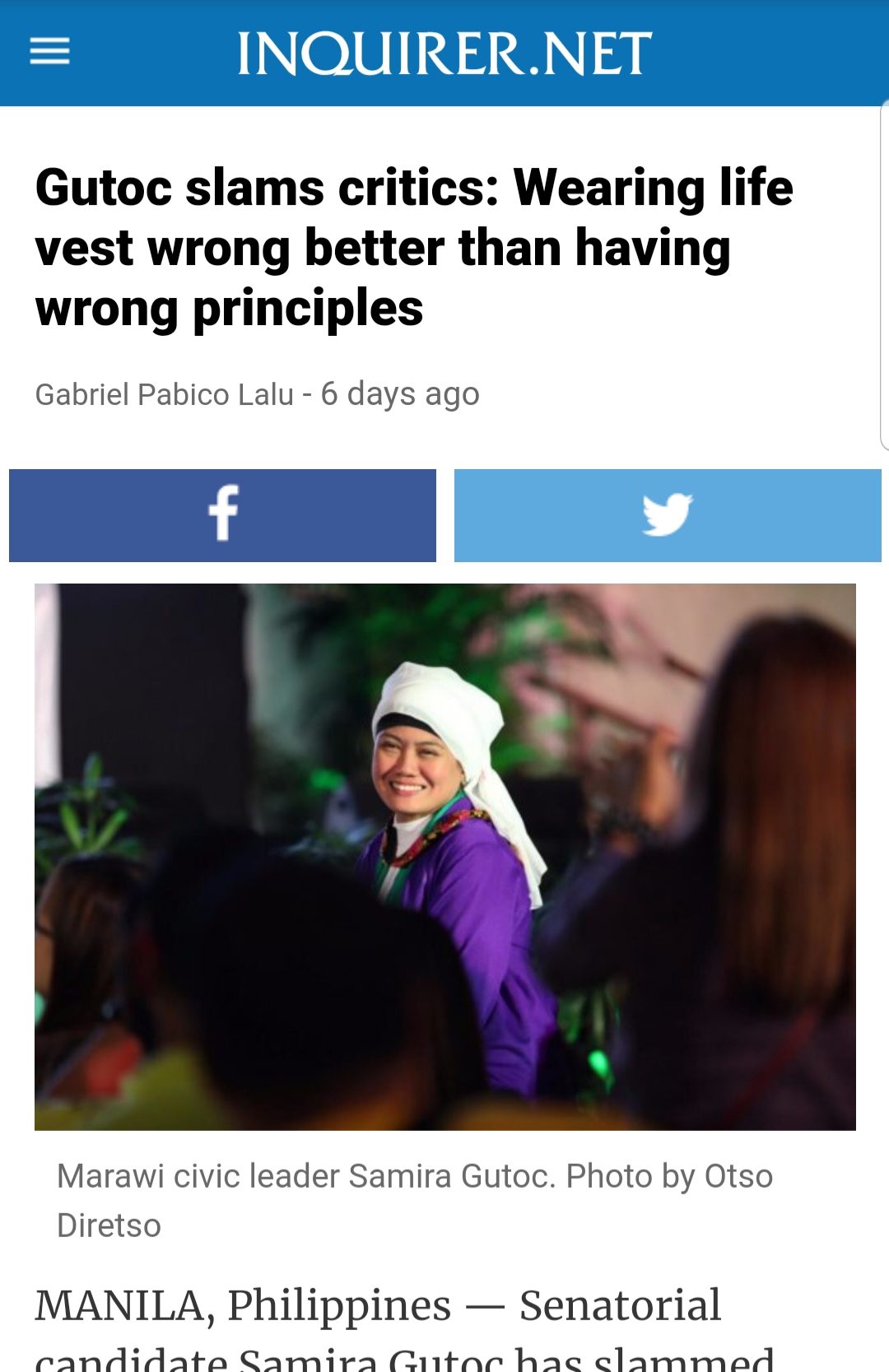 The statement was in response to criticisms Gutoc received when she and her fellow Otso Diretso candidates stood beside a jetski at the Masinloc Fish port in Zambales to remind President Rodrigo Duterte of his promise to assert Philippine rights over the West Philippine Sea.

“Fake news alert!!! This is not like me at all. Sadya po talagang may mga taong sinungaling na nagkakalat ng fake news. At may mga sinungaling na hindi dapat binoboto para sa Senado (There are really some liars who are spreading false news. And there are liars who should not be voted for the Senate),”  Gutoc clarified in a tweet.

Meanwhile, the Facebook group Cruelty of Noynoy “Abnoy” Aquino and His Government claims to be a group about the “truth” on Aquino’s administration. It has, as of this writing, a total of 22,817 members. – Addie Pobre/Rappler.com