May 22, 2019 8:10 PM PHT
Rappler.com
Facebook Twitter Copy URL
Copied
This is a rehashed claim. BDO certified that the bank account number indicated in the check does not exist and that San Miguel has no bank account in its Tandang Sora branch. 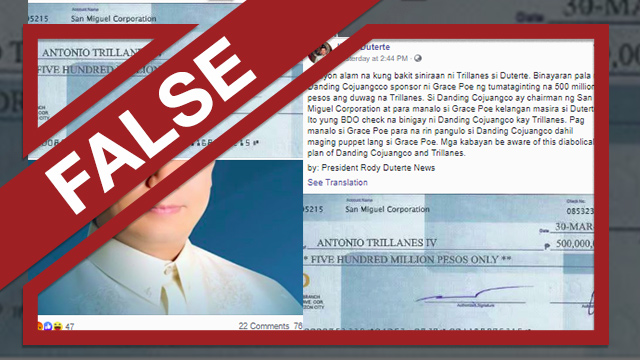 Around early May, a photo of a supposed P500-million check issued by SMC to Senator Trillanes had been been circulating on various Facebook accounts and pages. SMC, whose supposed account number is 0011687925215, issued the supposed check through BDO’s branch in Tandang Sora Avenue, Quezon City. 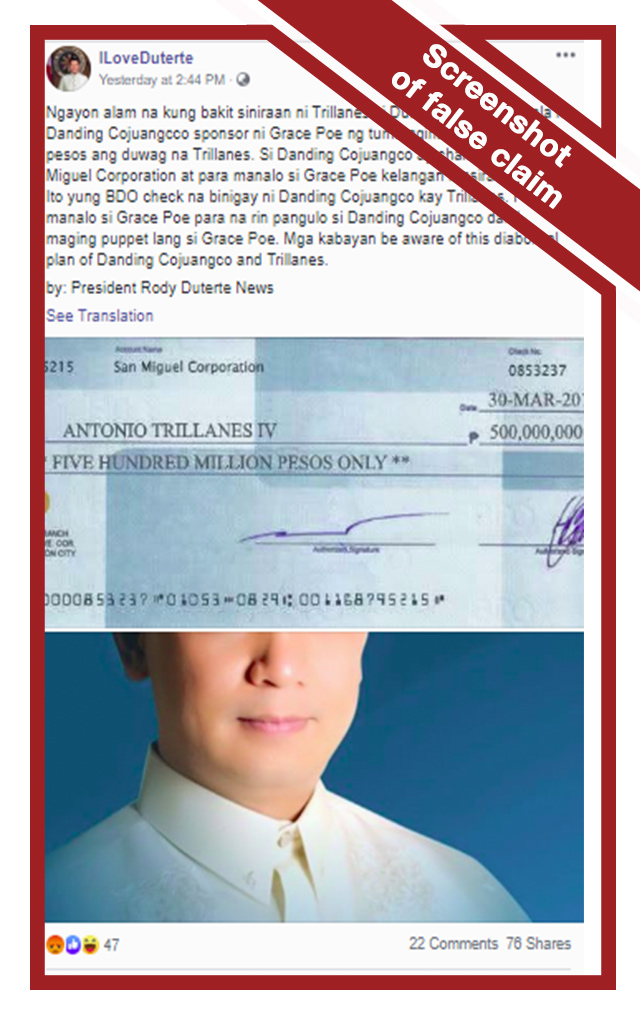 The caption of the photo from the page ILoveDuterte, reads:

Readers e-mailed Rappler the photo of the claim for verification.

The facts: The claim is a rehash of a 2016 false claim initially circulated by pro-Duterte Facebook pages. Since then, BDO certified that the bank account number indicated in the check does not exist in their records and that San Miguel has no bank account in their Tandang Sora branch. Both SMC and Trillanes also denied the claim. 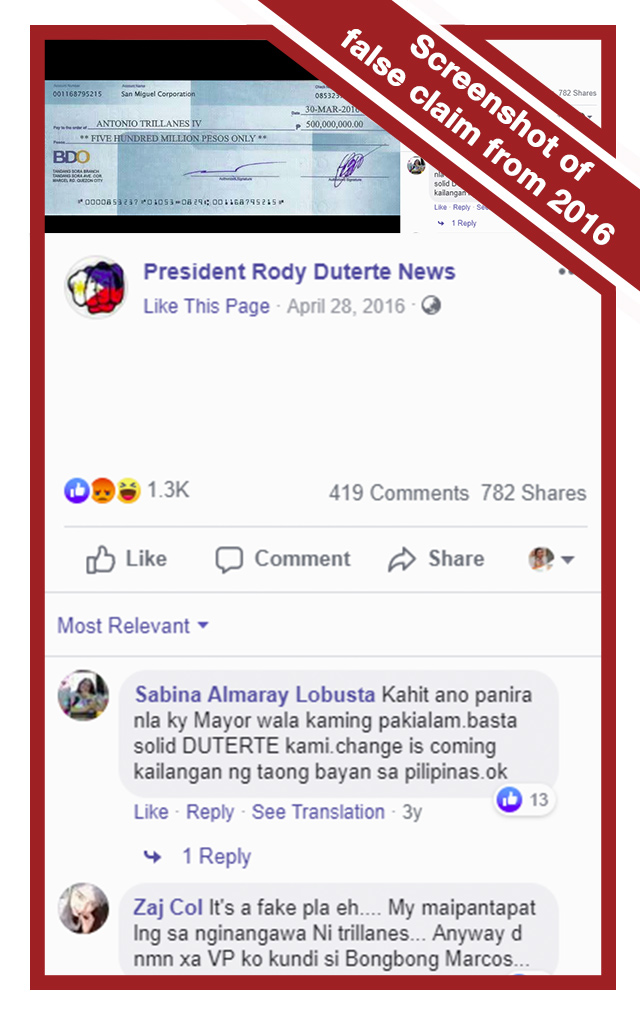 Reacting to the claim, San Miguel said in an April 2016 press release that they never issued such check to Senator Trillanes and that the claim is “nothing more than a fabrication and a blatant disinformation.” (READ: San Miguel Corp denies giving P500-M check to Trillanes)

They also said that they do not have an account with BDO in Tandang Sora, Quezon City.

Trillanes, meanwhile, denied the allegation through his social media accounts. The senator, in April 2016, posted a tweet along with the photo of BDO’s certification.


For its part, BDO issued a certification dated April 28, 2016, saying that the account  number 0011687925215, as indicated in the supposed check, does not exist. It also confirmed SMC’s statement that the company has no bank account in the Tandang Sora branch. 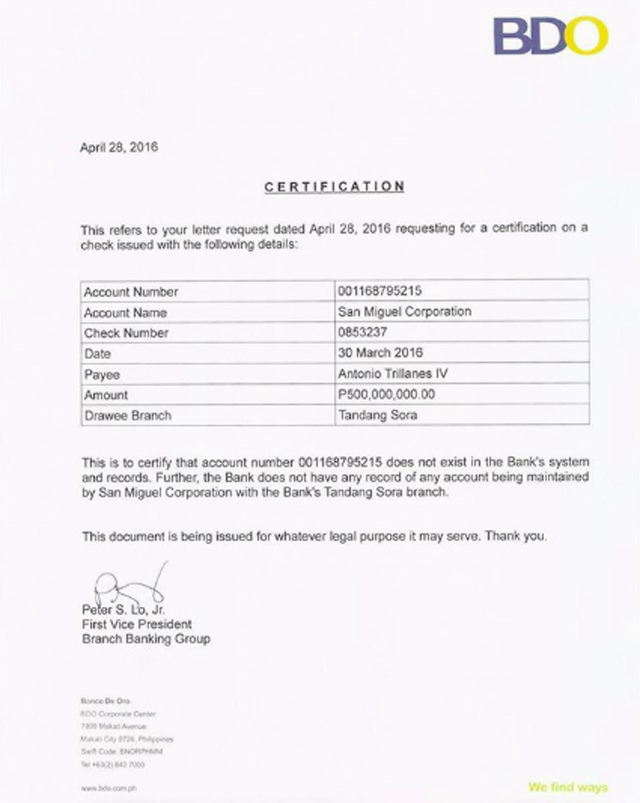 Rappler reached out to the Facebook pages (President Rody Duterte News and ILoveDuterte) and a Facebook account to ask where they acquired the supposed P500-million check, but they have yet to respond as of this writing.

The claim initially circulated on Facebook ahead of the 2016 elections after Trillanes accused then- presidential candidate Duterte of not declaring a Bank of the Philippine Islands (BPI) bank account with a balance of around P211 million in his statement of assets, liabilities, and net worth (SALN). READ: Trillanes to Duterte: Stop doing a Binay, sign waiver)

Duterte’s camp initially denied the existence of the bank account. Duterte eventually admitted that he has two BPI accounts but that they contain only P50,000 and P17,000 each.

The exchanges between Trillanes and Duterte on bank accounts has since continued. In September 2017, Duterte admitted to having invented the supposed bank account of Trillanes in the Development Bank of Singapore. (READ: Duterte says he ‘invented’ Trillanes bank account number in interview)

SMC is headed by Ramon S. Ang and Eduardo “Danding” Cojuangco Jr, who is also the founder of the second biggest political party, the Nationalist People’s Coalition.

The page ILoveDuterte was created in March 2016, 3 years ago. It has 470 likes only as of this writing. Majority of its posts express support for President Duterte and come from other sources. – Addie Pobre/ Rappler.com