Sep 25, 2019 2:33 PM PHT
Rappler.com
Facebook Twitter Copy URL
Copied
The signatures in the letter do not match those in government records 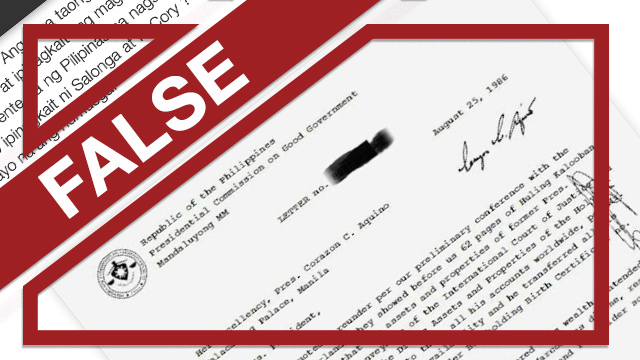 The letter said Marcos’ wealth was composed of “divine assets and properties of the Holy Father in heaven” and that the late dictator had transferred the authority over these possessions to a certain “Spiritual Wonder Boy.”

Salonga supposedly found out about this after a “preliminary conference” with the Union Bank of Switzerland, which allegedly showed him Marcos’ 62-page last will and testament as proof that his wealth was “divine, restricted, and not ill-gotten.”

The one-page letter carried the PCGG’s seal and was signed by Salonga, Aquino, and Marcos himself. It also had signatures of prominent world leaders: then-US president Ronald Reagan and Queen Elizabeth II. 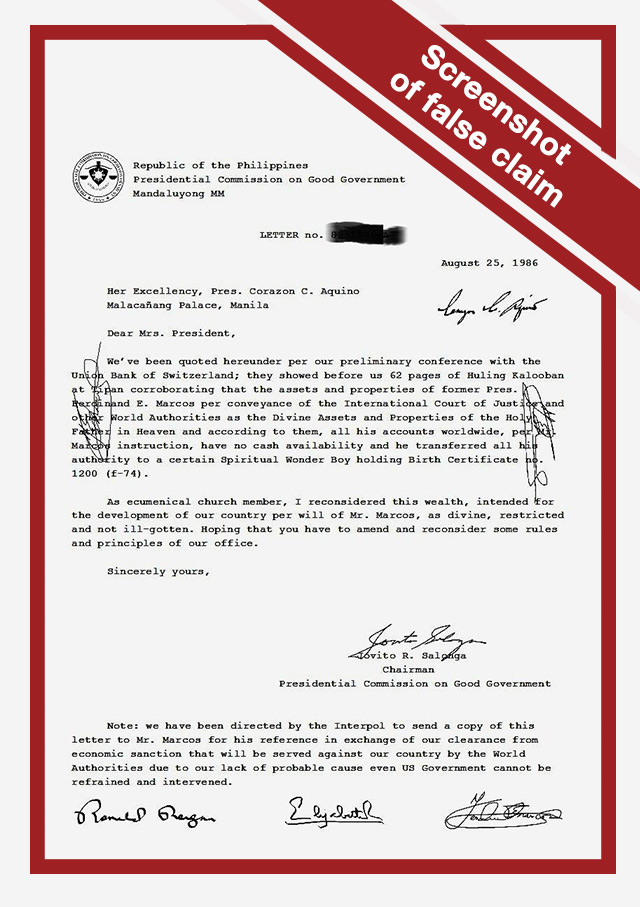 The claim is not new. Social media monitoring tool CrowdTangle and reverse image search engines show the earliest available post about the letter was dated October 2015 on Facebook.

Since then, at least 5 websites and 4 Facebook accounts/pages have included the letter in their posts, with the most recent shared in September 2019. The combined Facebook engagements of these posts reached over 3,700 shares, 4,100 reactions, and 590 comments.

The posts that got the most number of engagements are from websites radioblogveritas.blogspot.com, gulongngpaladcirclesoflife.blogspot.com, and Facebook page Alpha Omega World Development Marshall Programme.

The facts: The “signatures” of Jovito Salonga and Corazon Aquino in the letter are different from samples shown in laws they signed. The PCGG also never said Ferdinand Marcos had no ill-gotten wealth and is still chasing traces of the family’s stolen funds to this day. 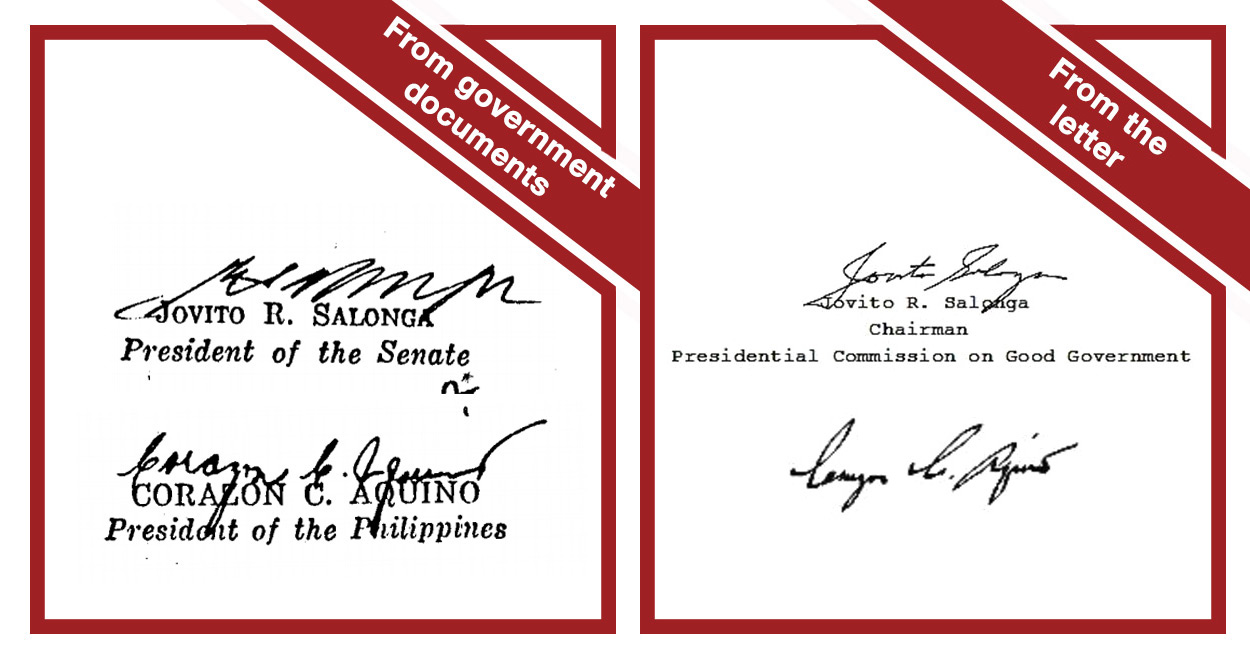 By August 1986 when Salonga’s alleged letter was dated, the Swiss Executive Council had already frozen Marcos’ bank accounts in Switzerland 4 months prior – or in April that year – after the PCGG requested legal assistance from Swiss authorities. (READ: Recovering Marcos’ ill-gotten wealth: After 30 years, what?)

In 2014, the PCGG said they had recovered all funds from the Marcoses’ known Swiss bank accounts but there may be more left undiscovered.

The PCGG, whose primary mandate is to recover the illicit wealth of the Marcoses, never stopped chasing the family’s stolen funds. (READ: At 30: PCGG by the numbers)

The commission was almost abolished under the Duterte administration after the House of Representatives voted in favor of the abolition, but the Senate overrode the decision. Senator Richard Gordon said the PCGG has collected at least P171 billion over the years despite a limited budget. (READ: Senate version wins: PCGG will not be abolished) – Pauline Macaraeg/Rappler.com