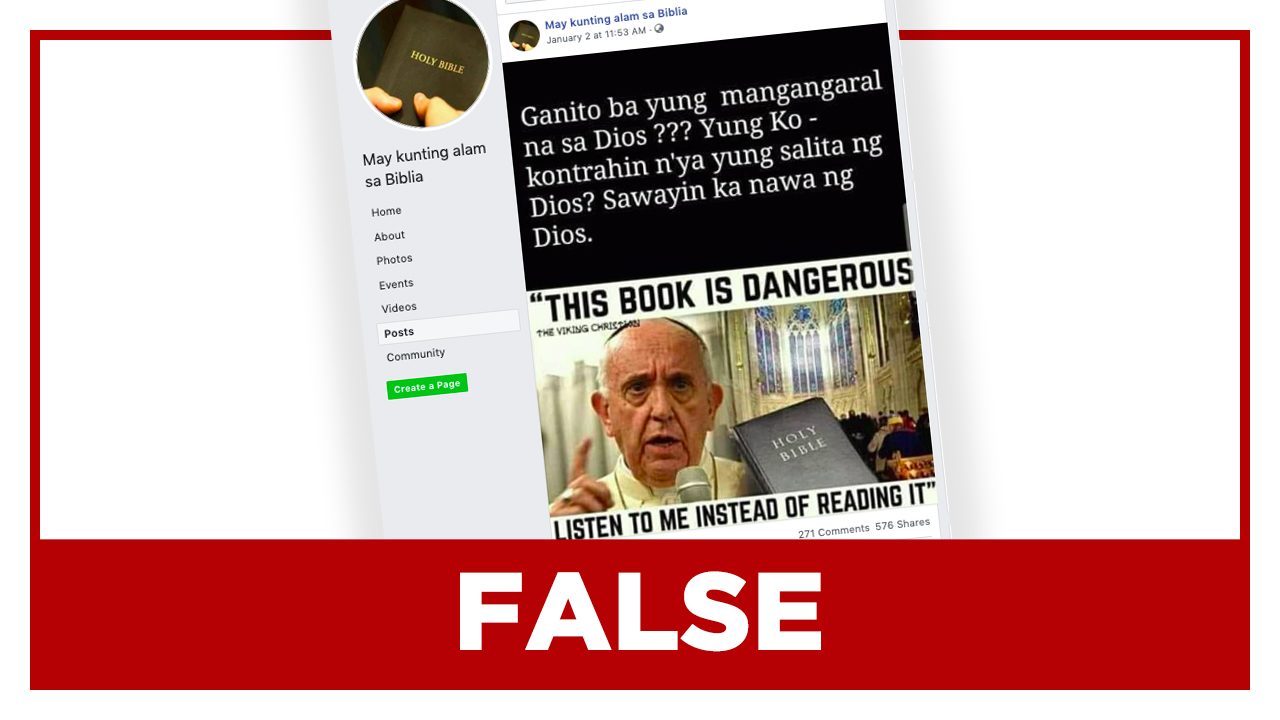 Facebook Twitter Copy URL
Copied
Pope Francis is quoted out of context. While he indeed said that the bible is a dangerous book, he was referring to Christians in some countries being persecuted because of owning one.

Claim: A quote attributed to Pope Francis says, “Bible is dangerous. Listen to me instead of reading it.”

(Is he the one who preached about God? Who dares contradict the Word of God? May God defy you.) 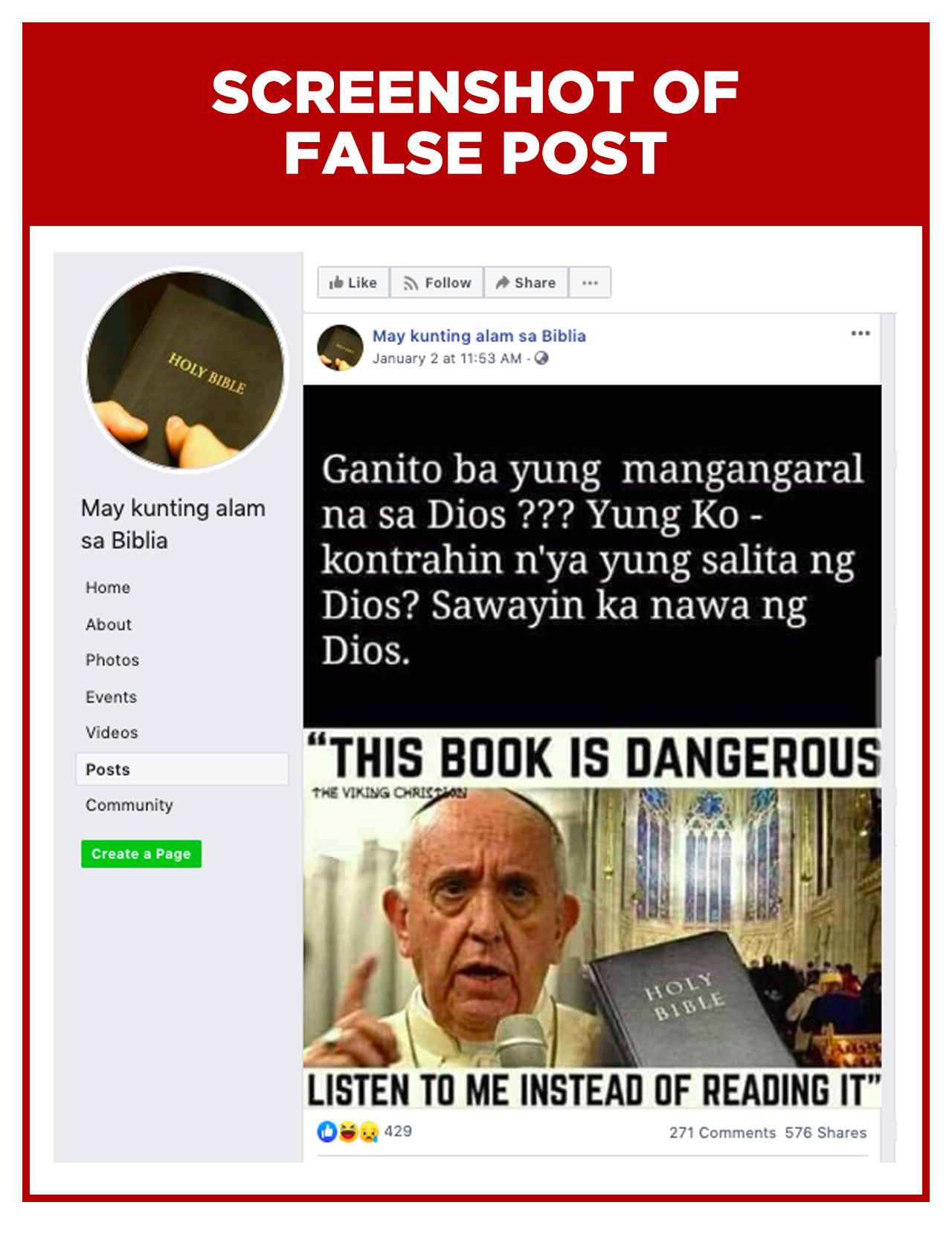 The claim was spotted through Facebook Claim Check, a tool that identifies possible false claims spreading on the platform. As of writing, the post has gained 429 reactions, 271 comments, and 576 shares.

The facts: Pope Francis was taken out of context. When he said that the bible is a dangerous book, he was referring to Christians in some countries being persecuted because of owning the Holy Book. Neither did he say that people should listen to him instead of reading the bible.

In a prologue he wrote for the release of the 2015 German edition of the Youcat bible, he noted the challenges some Christians are facing because of their possession of the bible.

Below is the excerpt of the prologue taken from the website aleteia.org, a Christian online publication based in France.

I’ll tell you something: There are more persecuted Christians in the world today than in the early days of the Church. And why are they persecuted? They are persecuted because they wear a cross and bear witness to Jesus. They are convicted because they own a Bible. The Bible is, therefore, a highly dangerous book – so dangerous that you are treated in some countries as if you were hiding hand grenades in your closet.

The Pope did not say that believers should rather listen to him than read the Holy Scripture as claimed in the Facebook post. Instead, he counseled the youth about the importance of reading the bible.

We also reached out to the Facebook page for the source of the quote. As of writing, they have yet to respond to our message.

On December 31, 2019, the Pope got the attention of the world for slapping the hand of a devotee who yanked him in St Peter’s Square. A day after the incident, the pontiff issued an apology.

Rappler recently debunked a Facebook post claiming that the photo of Pope Francis showed his second fall in a month. – Glenda Marie Castro/Rappler.com