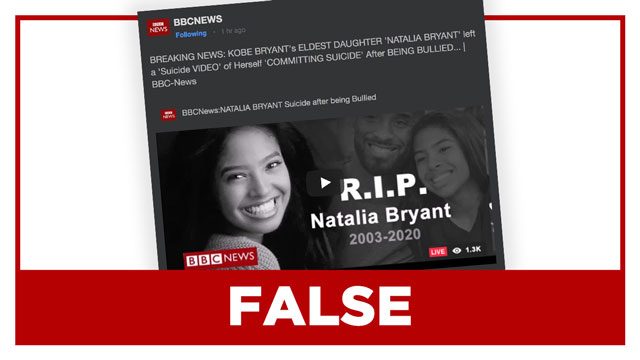 Claim: Kobe Bryant’s eldest daughter Natalia left a video of herself “committing suicide” after being bullied.

The claim was made by an article that had 5 unique links, with each webpage containing a video that linked to worldz.newskoto.info.

In turn, the video on this page had the words “R.I.P. Natalia Bryant 2003-2020” and the BBC News logo. The article did not contain any body text. 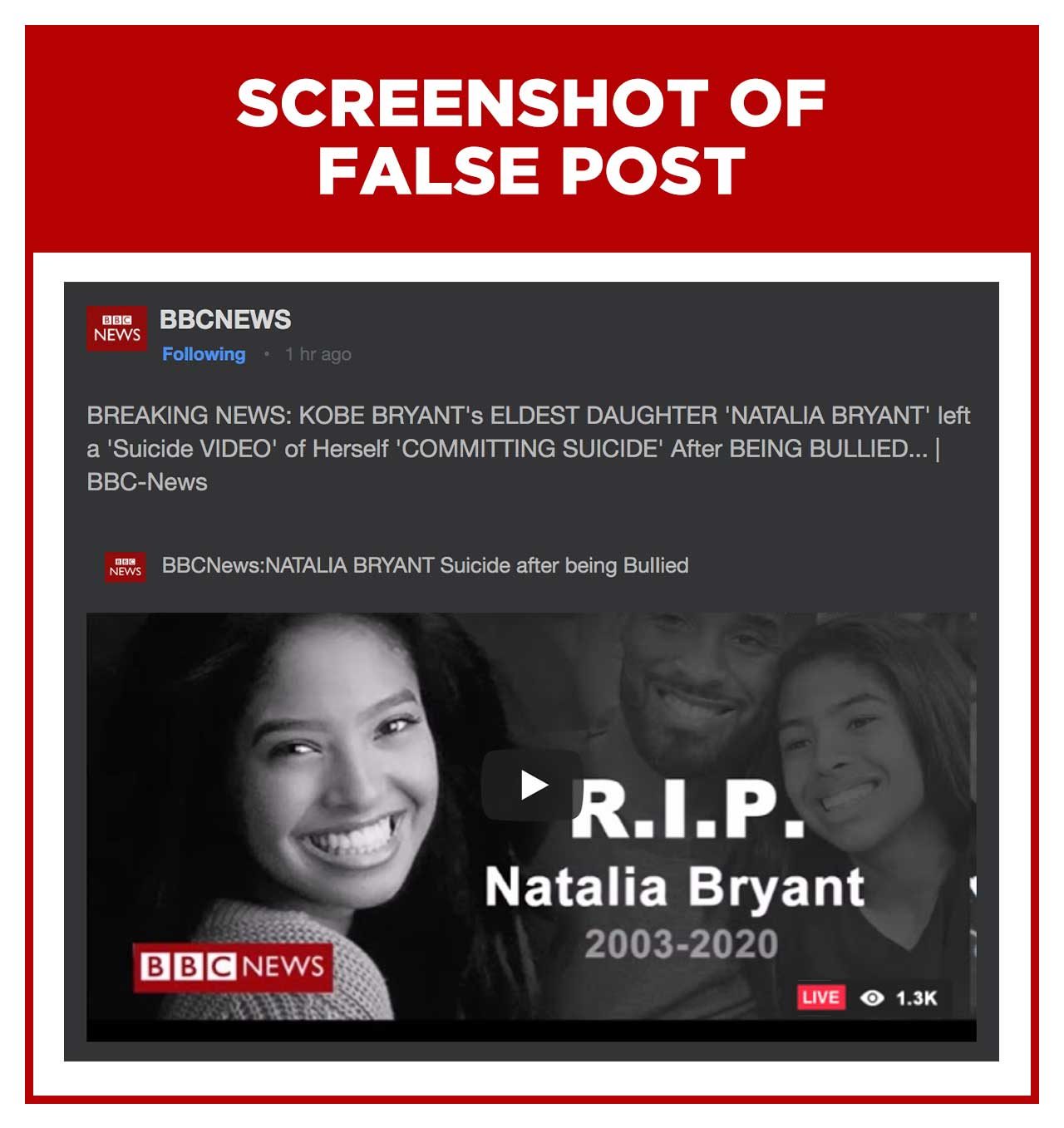 The article was flagged by Facebook’s Claim Check, a monitoring tool that detects dubious posts with the potential to go viral.

The facts: BBC did not report Natalia Bryant’s death, nor did any other legitimate news sites.

Upon clicking the video, a warning appears after a few seconds, reading, “Warning: This video may show graphic content (18+) Share to continue watching.”

The viewer is then prompted to click an “uncover now” button that leads to a pop-up window allowing them to share the video on Facebook with the hashtag “#RIPNathaliaBryant (sic).”

The video URL shows that it was posted on YouTube by the channel “ashir mohamad” on February 18. As of posting, the 37-second video had generated more than 480,000 views.

Natalia herself did not create any social media posts about the claim and her mother Vanessa Bryant has not posted about her supposed death either.

In the same week, a false post claiming that Vanessa Bryant committed suicide in front of her children due to depression also made the rounds on Facebook. The post contained elements similar to the article that made the claim about Natalia Bryant’s death.