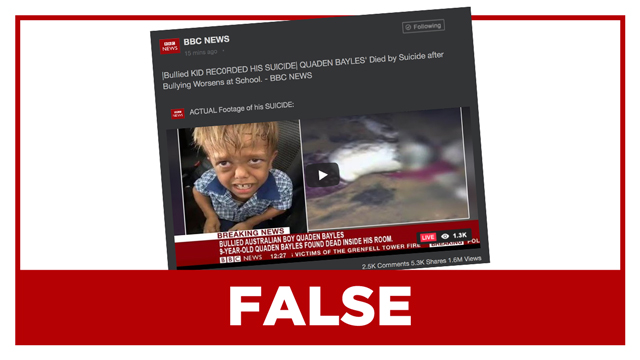 The claim was made by multiple websites, made to appear as if it were from BBC News, with a video attached and labeled as the “actual footage” of Bayles’ suicide. The text in the video read that the boy was found dead inside his room.

The claim was flagged by Facebook Claim Check, a monitoring tool that detects posts with potentially false information. Claim Check showed that most of the links containing the claim got thousands of views. 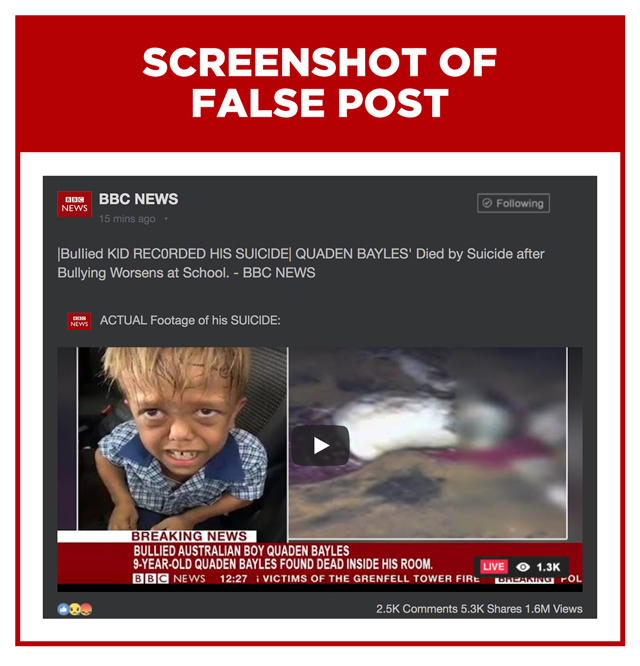 The facts: BBC News did not report that Bayles committed suicide. No other legitimate news sources carried such a story as well.

The attached 12-second video was posted by YouTube channel TrendingTV on Friday, February 28. It has since gotten 2.9 million views.

The channel’s content only consists of celebrity death hoax videos posted in the last two weeks, two of which were of Bayles. Other death hoaxes posted by the channel involved actors Matteo Guidicelli and Tom Cruise, as well as singer Celine Dion.

In February, a video of 9-year-old Bayles crying after being bullied had circulated online, igniting a movement against bullying. He was born with achondroplasia, a form of dwarfism.

BBC News’ latest report on Bayles narrated how his family turned down a crowdfunded trip to Disneyland, opting to give the money to charity instead. – Loreben Tuquero/Rappler.com