FALSE: Video of ‘police response’ in Hong Kong ‘due to coronavirus’ Facebook Twitter Copy URL
Copied
The video is from August 2019, taken in the midst of massive protests that gripped Hong Kong

Claim: A video showing police beating some passengers inside a train in Hong Kong is being shared online, claiming that is the situation in that country due to the coronavirus.

Since as early as March 8, at least 3 Facebook users have hosted “watch parties” sharing this video from Hong Kong news outlet Stand News. The Facebook users wrote captions in Filipino saying that those in Hong Kong or at least those in the video “did not want to have the coronavirus.”

Facebook’s Claim Check dashboard flagged these posts. Two of the users have already taken down their watch parties, but the third post by user Brb Mharvz is still up as of posting, with the caption “Ncov in hongkong,” referring to the previous acronym for the virus.

A reader also sent to Rappler a screenshot of one of the posts for verification. 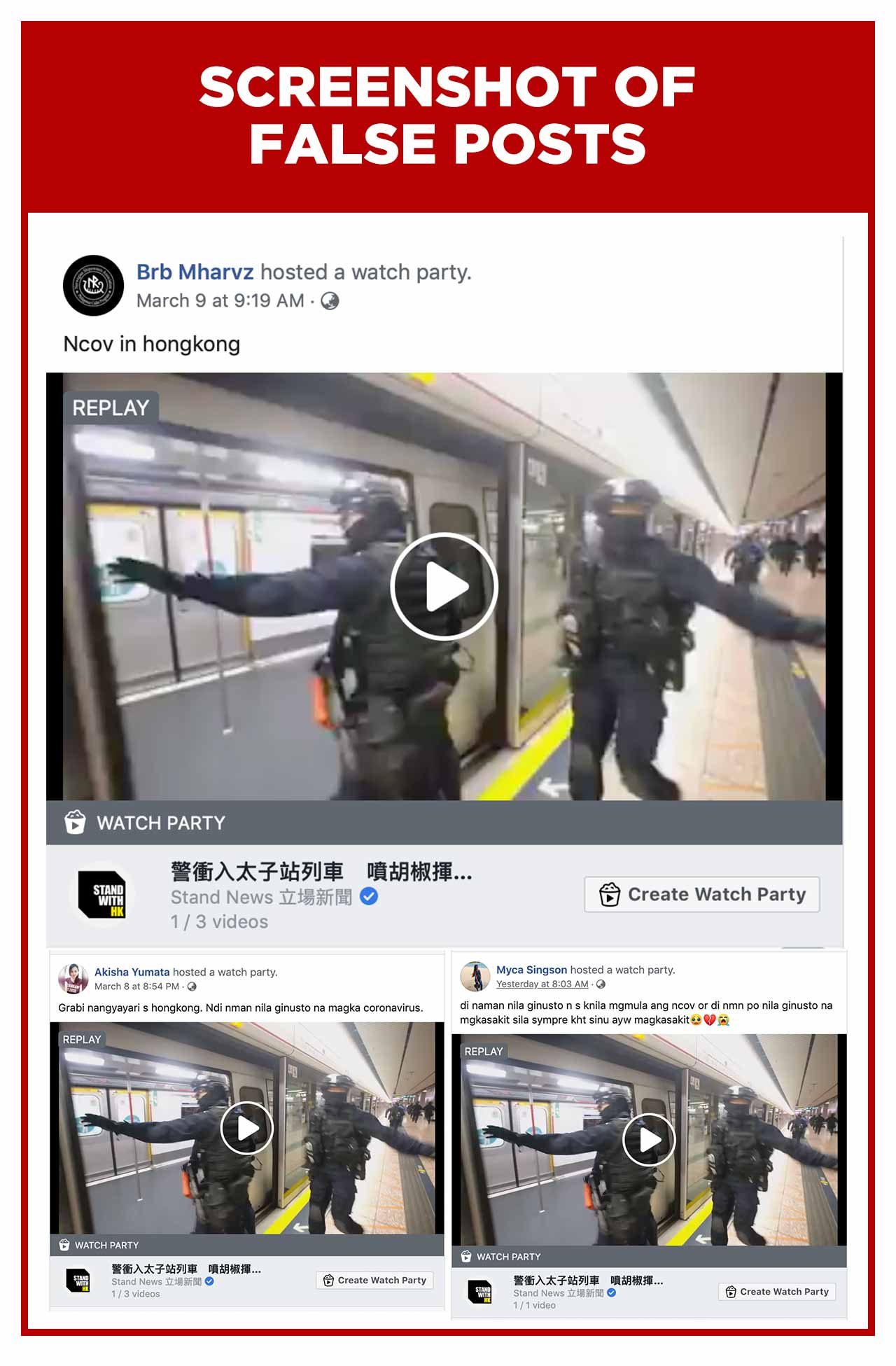 The facts: The video in the Facebook watch parties was taken on August 31, 2019, in the midst of massive protests that gripped Hong Kong.

Stand News posted the original video on its Facebook page on September 1, 2019, crediting the group Rice Post for the clip. A translation of Stand News’ post caption written in Chinese read, “Police rushed into the train at Prince Edward Station, sprayed pepper, waved a baton, and arrested many people.”

Various news outlets like South China Morning Post and The Guardian also reported on this incident during the months-long Hong Kong protests that began in 2019.

As of Wednesday, March 11, Hong Kong has at least 120 confirmed coronavirus cases (and one probable case), with 3 deaths reported among them, according to a Hong Kong government website. – Michael Bueza/Rappler.com