FALSE: Duterte orders mandatory ‘no work, with pay’ policy for a month

Apr 10, 2020 10:17 PM PHT
Rappler.com
Facebook Twitter Copy URL
Copied
There is no regulation mandating companies to implement a 'no work, with pay' policy. Further, ABS-CBN News did not air or release a report on such a policy. 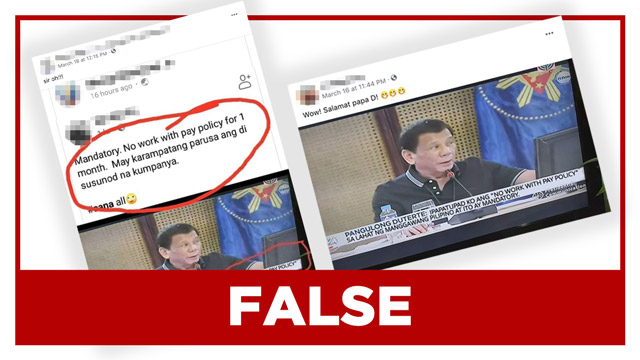 Claim: President Rodrigo Duterte ordered a mandatory “no work with pay” policy for one month.

The claim started making the rounds on Facebook as early as March 16, the day Duterte placed Luzon under lockdown or enhanced community quarantine. 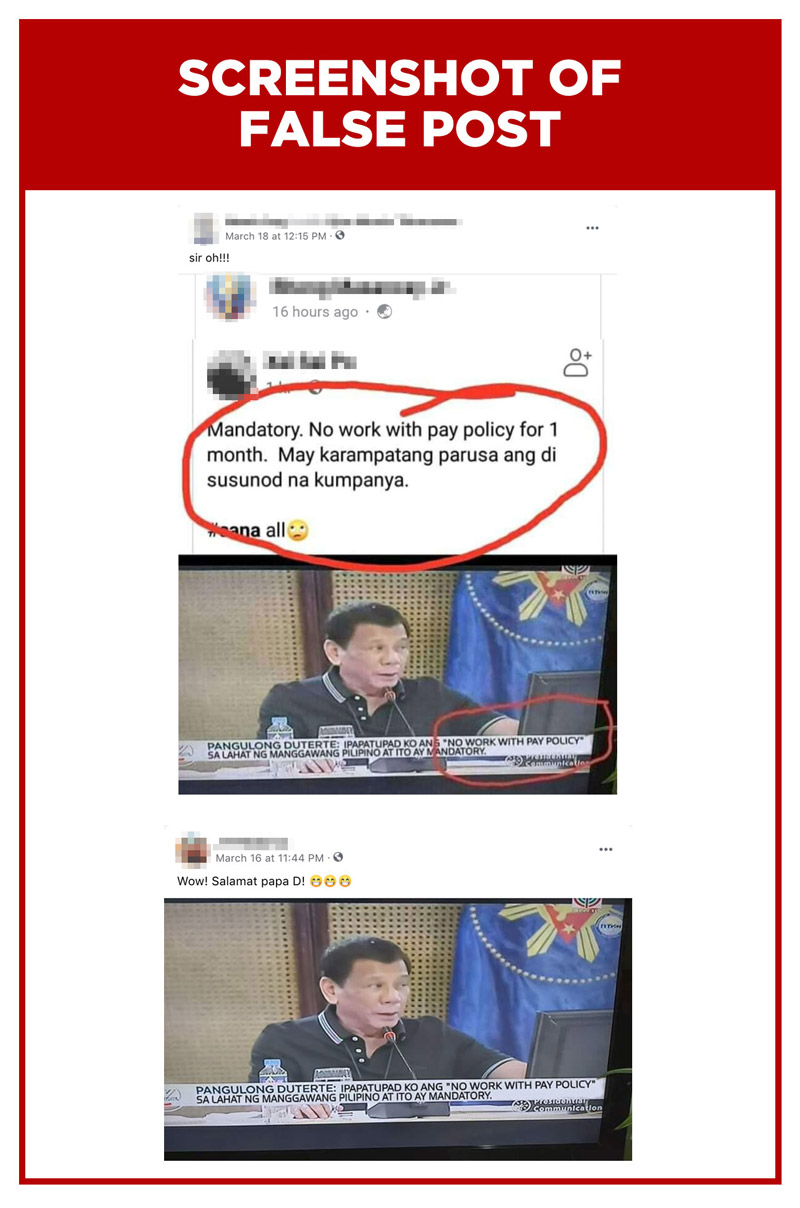 Most of the posts on Facebook that made this claim are accompanied by the same photo of Duterte on television, with the ABS-CBN logo partly cut off. The photo contains a ticker that reads: “Pangulong Duterte: Ipapatupad ko ang ‘no work with pay policy’ sa lahat ng manggawang [sic] Pilipino at ito ay mandatory (President Duterte: I will uphold the ‘no work with pay policy’ to all Filipino workers and this will be mandatory).”

Most variants of the claim also captioned the photo with: “May karampatang parusa ang ‘di susunod na kumpanya (There will be a corresponding penalty to companies that will not follow).”

The claim was still making the rounds on Facebook as of April 7.

These posts were flagged by Facebook Claim Check, a tool that detects posts with potentially false information.

The facts: There is no regulation mandating companies to implement a “no work, with pay” policy. Further, ABS-CBN News did not air or release a report on such a policy.

Before the posts started circulating, Duterte spoke to the public twice about the coronavirus outbreak. On March 12, Duterte announced that Metro Manila will be put under lockdown. During this speech, he made no mention of a “no work, with pay” policy.

Duterte made another public address on March 16, wherein he announced the Luzon-wide enhanced community quarantine. In his speech, he called on big enterprises to consider paying their employees 13th month pay or even half their salaries.

“The problem is really economy. Iyong sanang mga malalaking enterprises dito, maybe you can consider paying the 13th month pay or just paying them maski kalahati sa sweldo nila kung walang trabaho as a way of showing your solidarity with the Filipino at this critical time,” Duterte said during this address.

(Hopefully, to the big enterprises here, maybe you can consider paying the 13th month pay or just paying them even half of their salaries if they don’t have work, as a way of showing your solidarity with the Filipino at this critical time.)

He also enumerated some recommendations to the private sector on how to help, including the release of 13th month pay, moratorium on rental fees, one month reprieve on bills payments, and aid to small and medium scale enterprises, but said these actions are neither covered by law or regulation.

Rappler also searched if ABS-CBN released a report regarding Duterte’s implementation of a “no work, with pay” policy, but found no results.

ABS-CBN News also gave the following statement to Rappler regarding the viral post: “ABS-CBN News did not air or publish a story on this supposed ‘policy.’ The headline shown on the screenshot was obviously manipulated. A ‘mandatory policy’ announcement such as this would have been carried as a major story by all news outlets.” 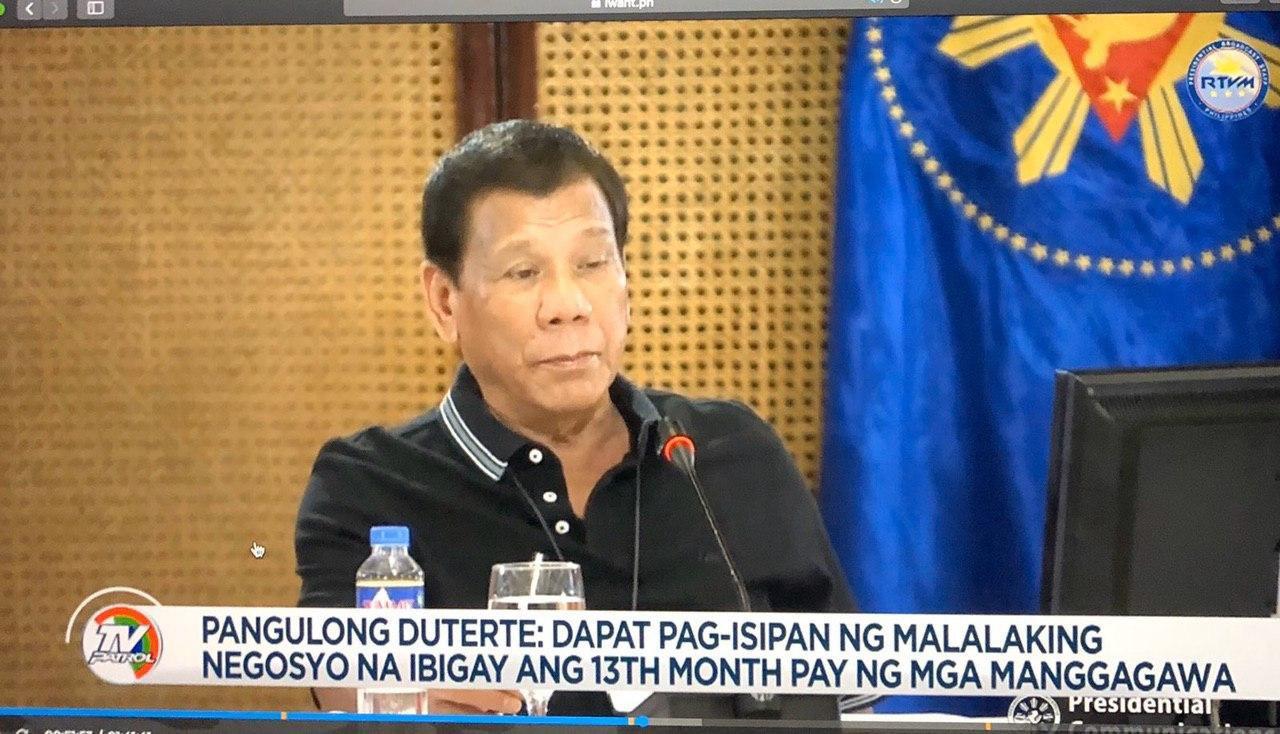 Forced to close shop during the lockdown, many micro enterprises are struggling to survive as they await government assistance. Micro-enterprises make up 88.5% of businesses in the country and employ as much as 28.9% of total private sector employees. – Loreben Tuquero/Rappler.com