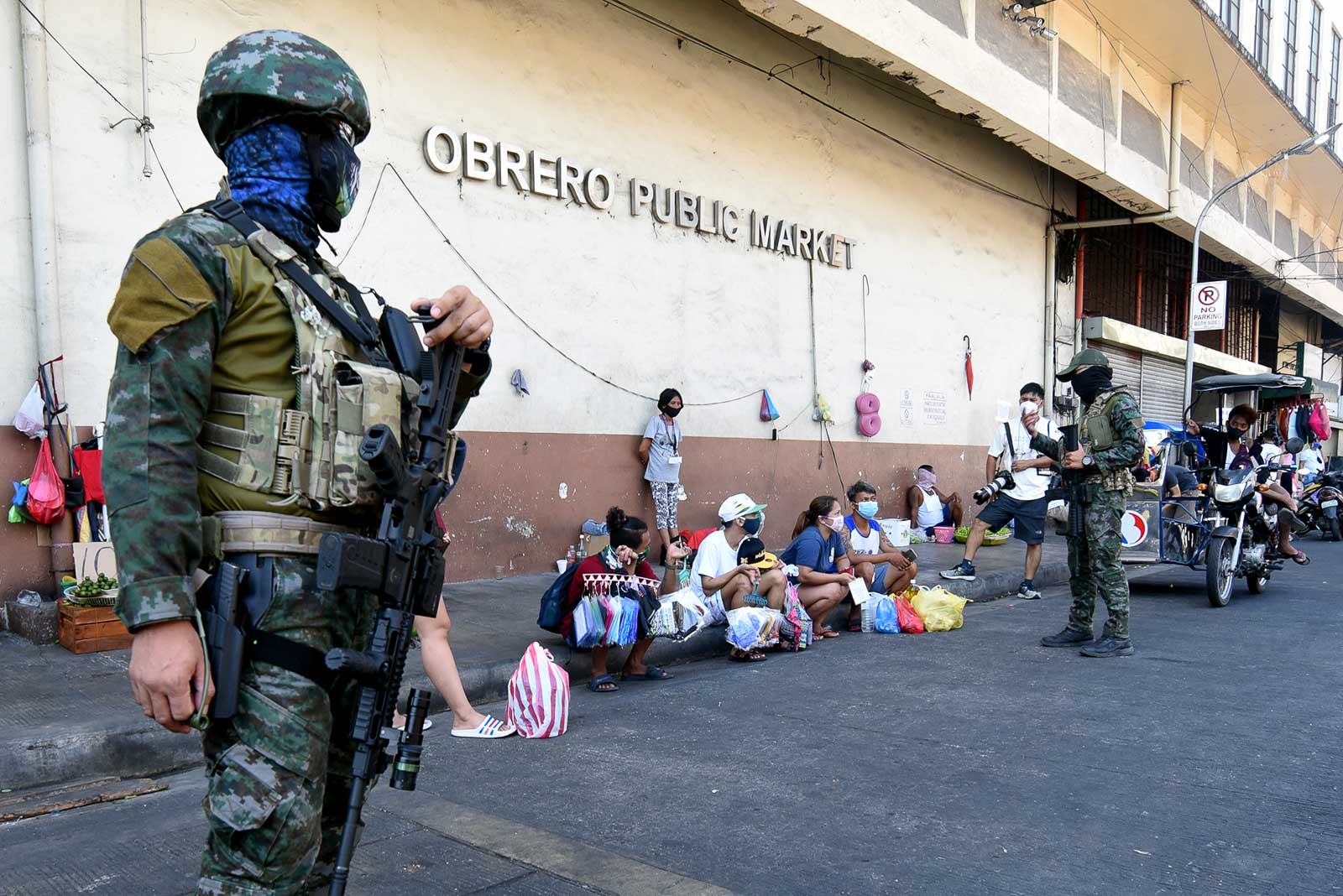 MANILA, Philippines – Human Rights Watch (HRW) on Monday, April 27, urged the government to prevent its law enforcers from abusing rights and rules while the Philippines battles the coronavirus pandemic.

In a statement, HRW deputy Asia director Phil Robertson said that the government, particularly the Department of the Interior and Local Government (DILG), should “immediately rein in out of control” authorities who enforcing the lockdown.

“Even before the incident in Dasmarinas Village, Makati City, there has been an increasing number of incidents in which police and government personnel abused their powers by committing rights violations,” he said.

“The DILG must exercise effective oversight over its personnel, investigate all reports of abuses, and hold officers committing rights violations accountable,” Robertson added.

The statement is in response to another incident involving police’s excessive use of force against a civilian.

Javier Salvador Parra, a resident of Dasmariñas Village, was assaulted and nearly arrested in front of his own home by Makati police on Sunday, April 26. The confrontation happened after cops, who were patrolling the village, reprimanded Parra’s helper for not wearing a face mask while watering their plants.

According to a report by the National Capital Region Police Office, Parra went “berserk” and cursed at the police. Parra said he is now preparing to sue the police for alleged abuse.

It happened amid rising concerns over the enforcement of lockdown by police and soldiers. Human rights groups have reported incidents wherein residents were arrested and punished for allegedly violating rules.

On April 21, former Philippine Army corporal Winston Ragos was killed by Police Master Sergeant Daniel Florendo Jr on Tuesday, April 21. Cops said Ragos was about to pull a gun out of his sling bag, a claim that his mother rejected.

HRW warned the government that the public health emergency does not remove the rights of citizens.

“The lockdown and quarantine, and even the emergency powers bestowed on President Dutete, do not excuse the actions of officials to wantonly violate international human rights norms and the Philippine Constitution, which specifically protects citizens from unreasonable searches and arrests,” Robertson said.

The Commission on Human Rights previously reminded law enforcers that the use of non-violent means should be prioritized over the use of force or firearms.  – Rappler.com