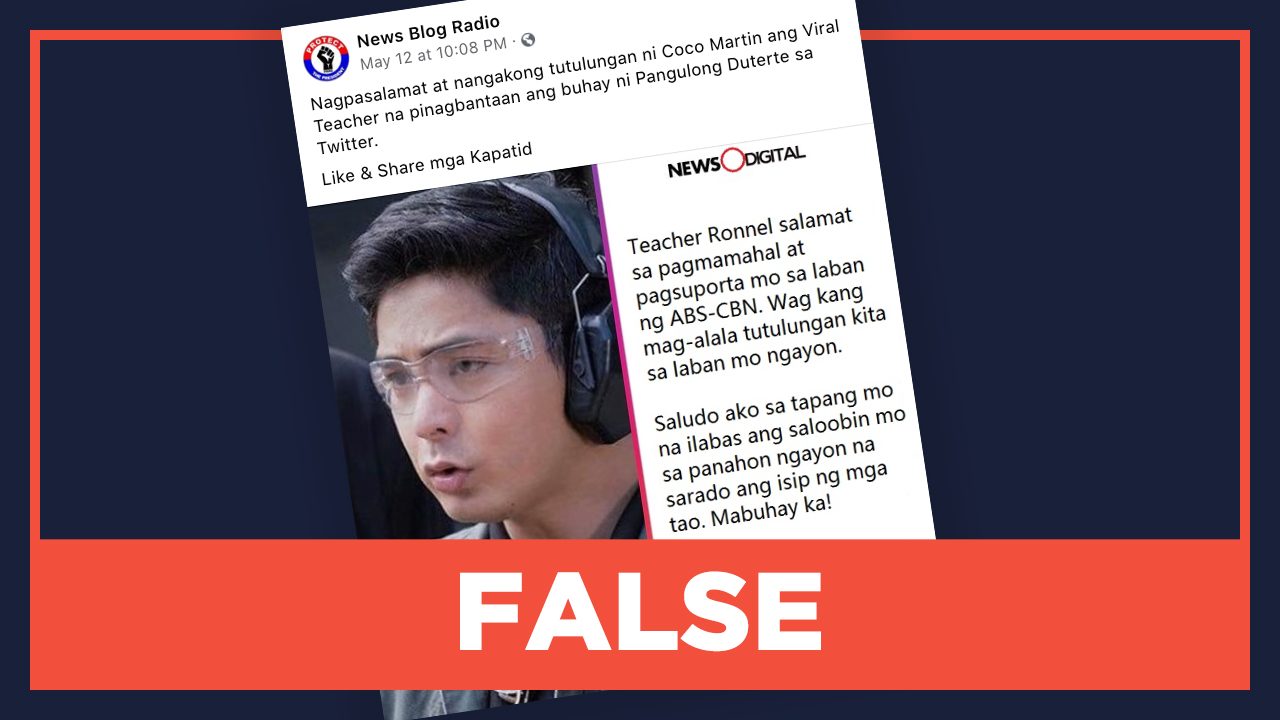 Facebook Twitter Copy URL
Copied
Coco Martin did not make any remark about the teacher, and the quote card was manipulated from a News5 graphic

Claim: Actor Coco Martin expressed gratitude and support for Ronnel Mas, the 25-year-old teacher who was arrested for tweeting that he will reward P50 million to the person who will “kill President Rodrigo Duterte.”

(Teacher Ronnel, thank you for your love and support for ABS-CBN’s cause. Don’t worry, I will help you in your fight now. I salute your courage in letting out your sentiments at a time when people are close-minded. More power to you!)

The post was flagged by Facebook Claim Check, a tool that detects posts with potentially false information.

The facts: Martin did not make any remark about Mas, and the quote card was manipulated from a graphic produced by News5.

(This is Coco Martin’s response to Presidential Spokesperson Harry Roque’s statement on not comparing POGOs to ABS-CBN.)

(How can we not compare POGOs with the closure of ABS-CBN? Allowing POGOs to enter our country means giving jobs to many Chinese. ABS-CBN’s closure made many Filipino workers lose their jobs.) 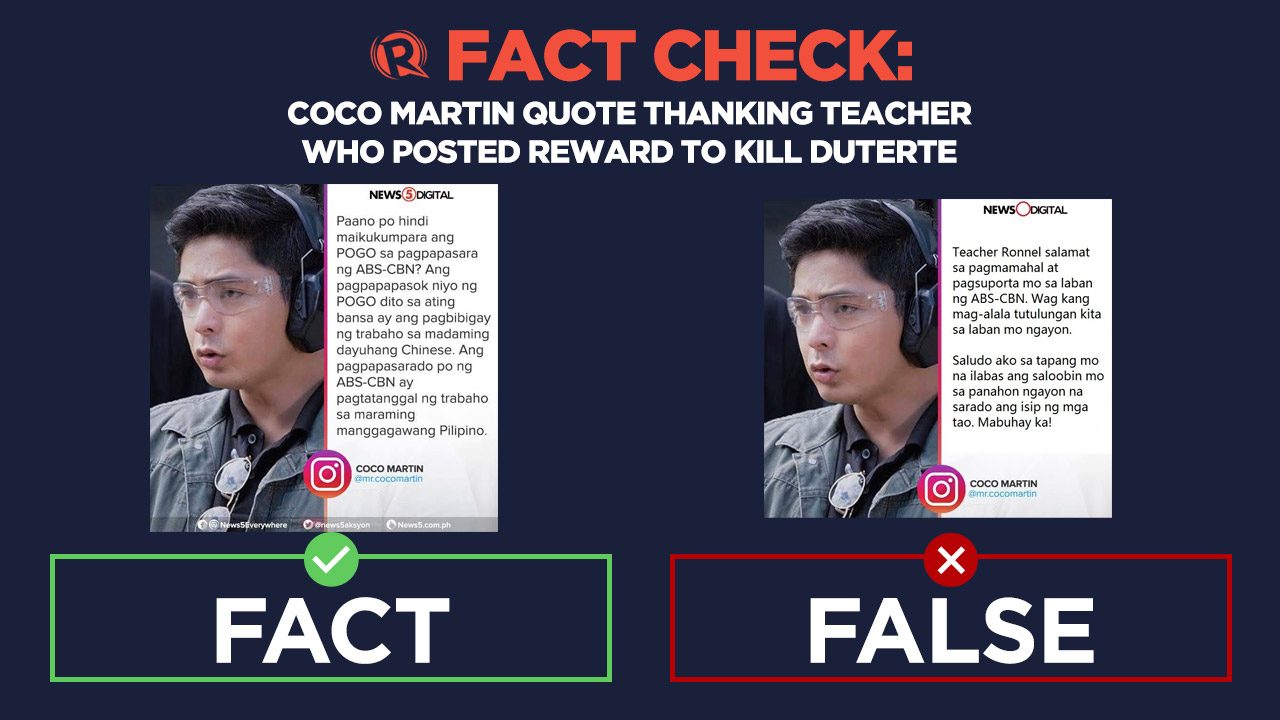 Rappler also reached out to News Blog Radio to ask for their source, but received no response as of writing.

The National Bureau of Investigation arrested Mas on May 11. He faces charges of inciting to sedition related to cybercrime as well as violation of Republic Act No. 6713 or the Code of Conduct and Ethical Standards for Public Officials and Employees.

In the past, Rappler also debunked other false claims about celebrities, including one that said Angel Locsin “tested positive” for coronavirus and another that said Bamboo Mañalac died in March. – Loreben Tuquero/Rappler.com