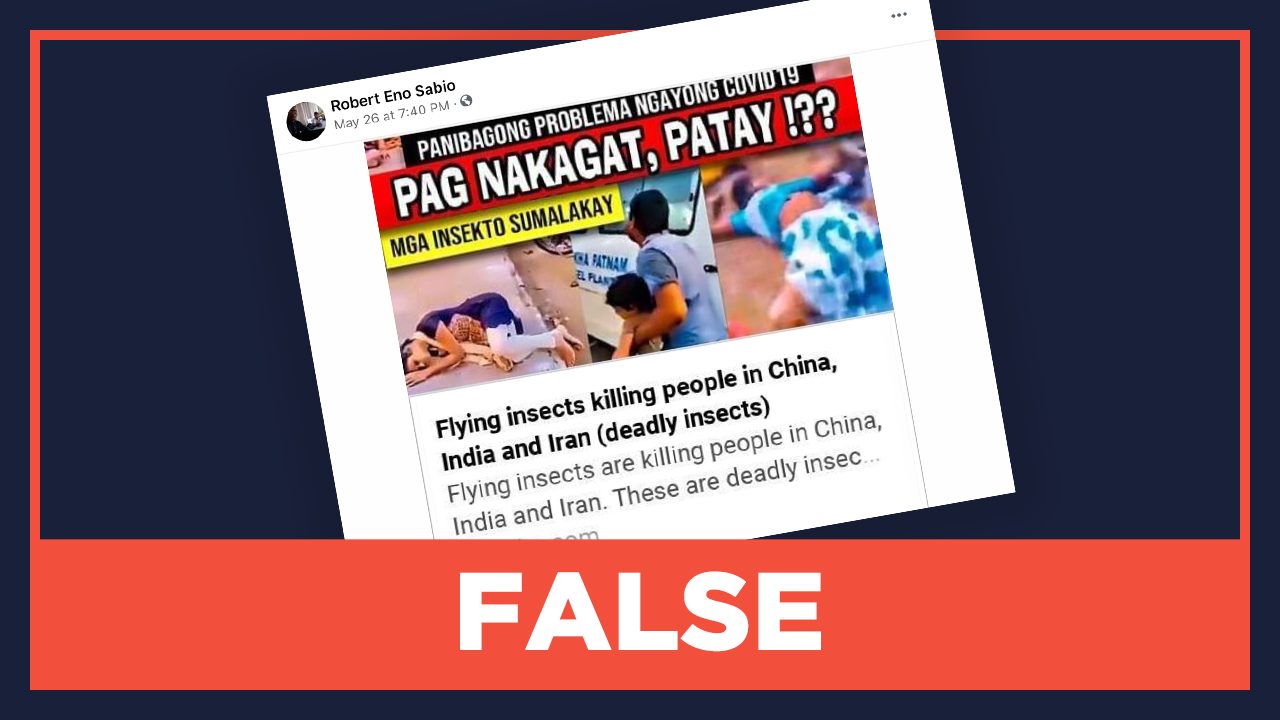 It appeared to be a screenshot of a YouTube video, with the title, “Flying insects killing people in China, India, and Iran (deadly insects).” The thumbnail contained 3 photos, with two of these depicting people lying on the ground, and one showing a man carrying a child. Posts containing this claim were flagged by Facebook’s Claim Check, the platform’s tool for detecting posts with potentially false information.

The facts: The photos attached in this claim were taken from footage of a gas leak in India. They are not connected to reported incidents of insect swarms.

Locust swarms destroyed nearly 50,000 hectares of crops in India as of May 27. But according to the Food and Agriculture Organization of the United Nations, locusts do not attack people or animals.

Meanwhile, hornets have killed dozens of people in China, but this was in October 2013 and not in the time of the coronavirus as the claim says. However, these hornets were spotted in the United States in May.

The photos used in the claim did not depict the impact of an insect infestation, but rather, it showed the aftermath of a gas leak in India. The first photo was taken from footage of the gas leak that occurred in Visakhapatnam, India, on May 7.

The video had the caption: “At least eight people, including a minor, were reported dead due to a major gas leak at an LG Polymer industry in the RR Venkatapuram village in Andhra Pradesh’s Visakhapatnam, in the early hours of Thursday, May 7.”

The second photo was taken from a video of the same incident, uploaded by BBC World Service on May 7, with the title: “India chemical plant disaster.”

Earlier, Rappler also debunked a claim that a “grasshopper invasion” reached China. The photos used in this claim depicted past locust outbreaks, none of which occurred in China. – Loreben Tuquero/Rappler.com