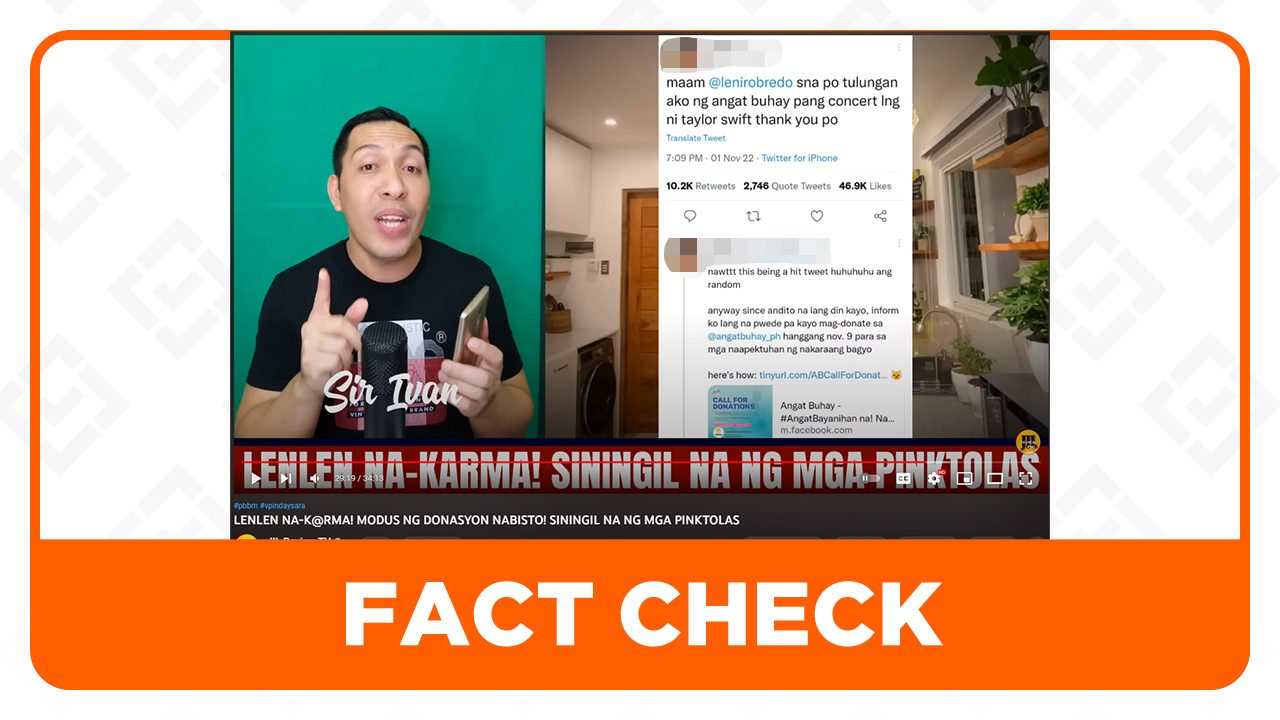 The bottom line: The Twitter thread cited by the YouTube video containing the claim shows that the tweet is humorous and should not be taken seriously.

Several tweets from Angat Buhay Foundation’s official Twitter page show that as of November 5, 2022, the foundation has already given food and relief packs to STS Paeng victims in Batangas, Cotabato City, Laguna,  and Cebu City.

Situation report: According to the National Disaster and Risk Reduction and Management Council’s (NDRRMC) Situation Report for Paeng released on November 8, 2022, Paeng’s death toll has risen to 158.

522 cities and municipalities were also put under a state of calamity due to STS Paeng. – Lorenz Pasion/Rappler.com