Facebook Twitter Copy URL
Copied
Gates never said this, and there is no approved COVID-19 vaccine yet to date 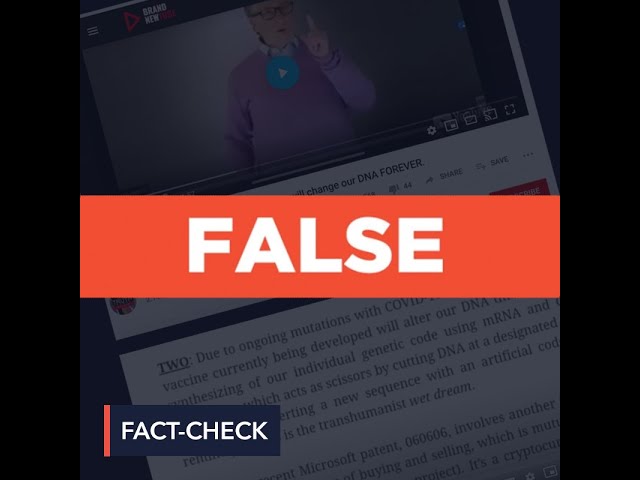 US billionaire Bill Gates was caught on camera admitting that the COVID-19 vaccine he is developing will permanently alter human DNA.

YouTube channel Frank Smith uploaded a video that contained this claim. The first part of the video showed Gates talking about RNA vaccines, then transitioned into a narration of how the vaccines will alter the human body and create microchips that will leave a tattoo on the hand.

Claim Check, Facebook’s monitoring tool that identifies potentially dubious posts on the platform, flagged the video for verification. Rappler found a similar video on YouTube uploaded by channel Food For Thought. As of writing, the two videos had 334,448 combined views on YouTube.

The original video of Gates was uploaded on April 30 on the Gates Notes, the official blog of Gates, and on Gates’ official YouTube channel. Gates talked for 2 minutes and 29 seconds about the different ways to make a vaccine aside from using the RNA. The video uploaded by the YouTube channels only cut the part from the 1:37 to 1:50 marks of the original video and left out the rest.

What Gates said was: “What’s typically done is you take either a piece of the virus or just the spike, that thing on the surface, and you put it on something else. So there’s no risk at all of causing the disease. One final way that’s new and is promising is called the RNA vaccine. With RNA and DNA, instead of putting that shape in, you put instructions in the code to make that shape.”

In his blog, Gates explained that RNA vaccines – which are one of the many technologies being developed for COVID-19 – give the body the genetic code needed to produce a pathogen’s antigen itself instead of the traditional way where the antigen is injected into the body. RNA vaccines essentially turn the body into its own vaccine-manufacturing unit. (READ: Coronavirus drugs: Who’s doing what, and when they might come)

A 2019 study on the advances in RNA vaccines for infectious diseases showed that they “provide a safe and long-lasting immune response in animal models and humans.” However, there is still no licensed RNA vaccine to date. Gates also mentioned in his blog that “we don’t know for sure yet if RNA is a viable platform for vaccines.”

Still, the same study said that mRNAs (messenger RNAs), the form of RNA needed for vaccines, “cannot potentially integrate into the host genome and will be degraded naturally during the process of antigen expression.” This would make it impossible to “permanently alter” the human DNA as the viral videos suggest.

Gates has been the subject of a number of conspiracy theories about COVID-19 since the pandemic started. In the past, Rappler debunked claims that said he created the disease and that he is developing COVID-19 vaccines with microchips. – Pauline Macaraeg/Rappler.com 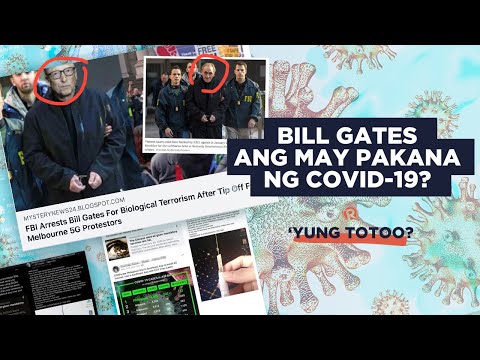