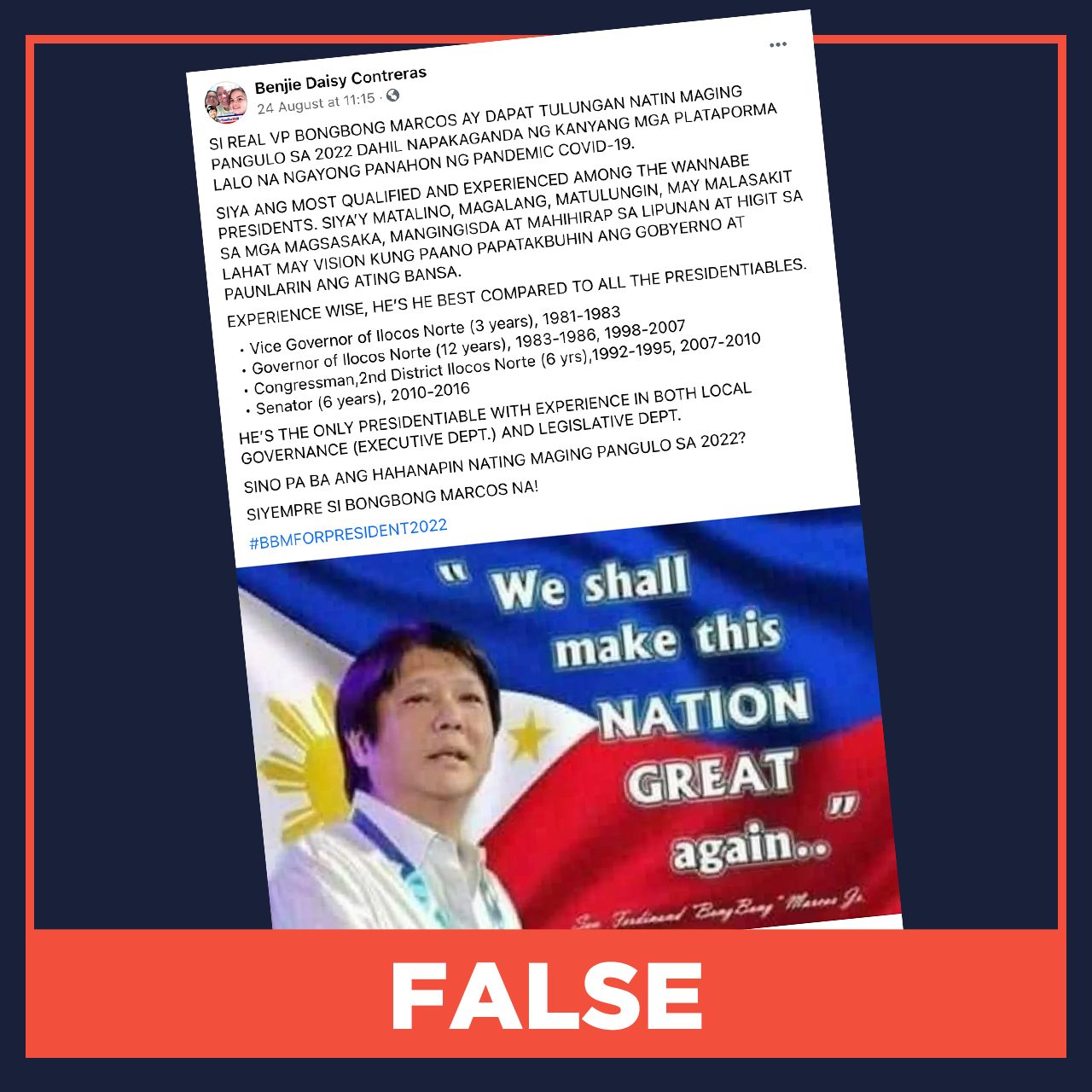 Facebook Twitter Copy URL
Copied
Based on Pulse Asia survey’s latest list of possible presidential candidates in 2022, there are at least two other politicians who have held local executive and local or national legislative positions

Facebook posts on Tuesday, August 24, circulated the claim that, aside from former senator Ferdinand “Bongbong” Marcos Jr., there are no other “presidentiables” or likely candidates for president for the May 2022 elections who have experience both as local executives and as legislators.

Pages where the claim can be seen include “Bongbong Marcos-Sara Duterte 2022” and “President Bongbong Marcos 2022.” As of writing, the posts on these pages have about 4,100 reactions, 473 comments, and 191 shares combined. They were first posted on August 24.

From the list of possible presidential candidates in Pulse Asia’s June 2021 nationwide survey on the May 2022 elections (their latest such survey), there are at least two other politicians who have held both local executive and legislative positions.

One is Francisco Domagoso, popularly known as Isko Moreno, who is the current Manila mayor, a local executive position. He was elected in the May 2019 elections. From 1998 to 2007, he was a councilor of the 1st district of Manila, a legislative position. Moreno also served from 2007 to 2016 as vice mayor of Manila. The vice mayor presides over the city council. (READ: Isko Moreno: From the slums of Tondo to Manila’s throne)

As of writing, there are no official presidential candidates yet for the May 2022 elections. The filing of certificates of candidacy for elective positions will take place from October 1 to 8.

Rappler has fact-checked the Facebook page “President Bongbong Marcos 2022” before for the claims that former president Ferdinand Marcos planned Skyway Stage 3 and that the Supreme Court said that all anti-Marcos textbooks were untrue.