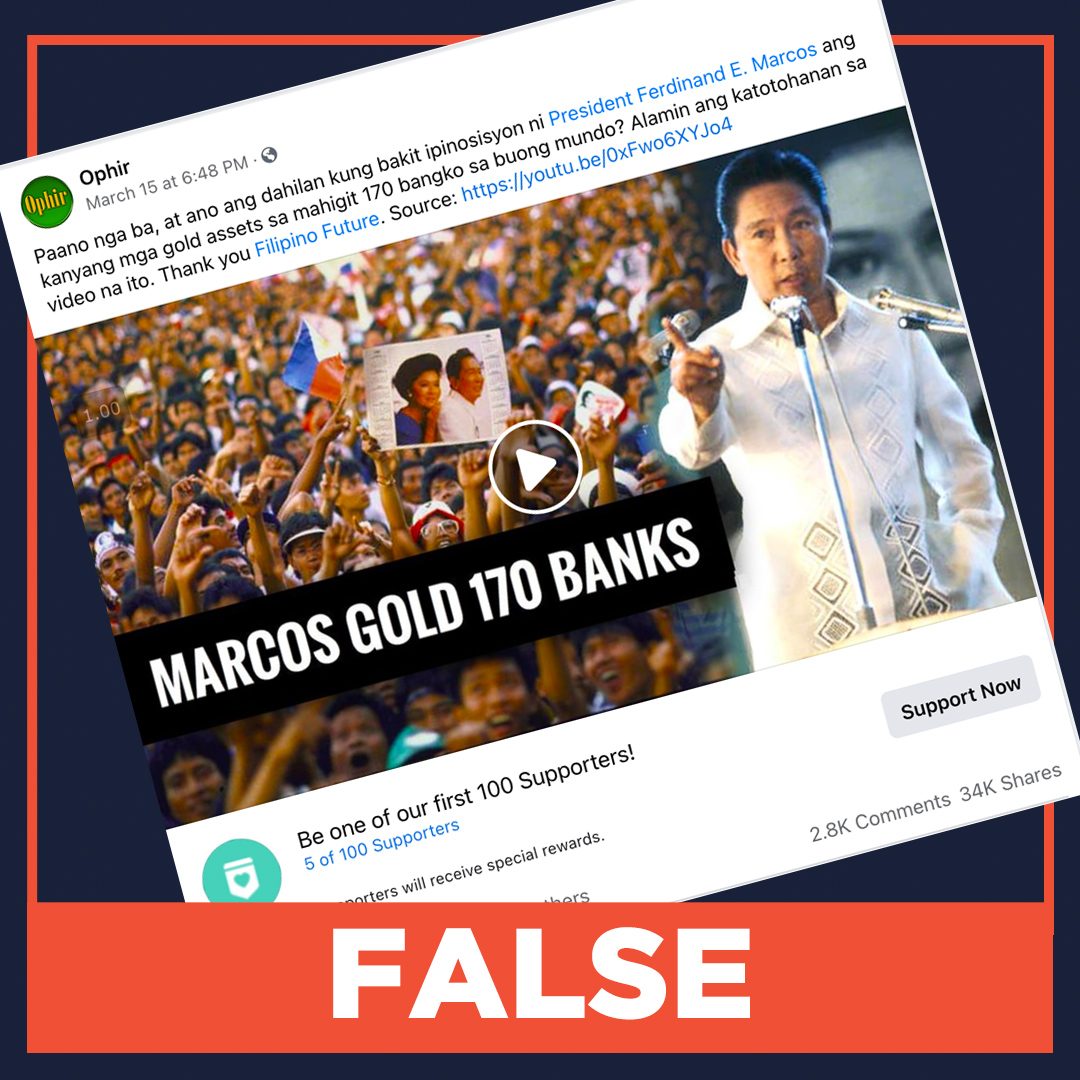 Facebook page “Ophir” posted a video on March 15 that said Carlos P. Romulo was a Philippine representative to the Bretton Woods Conference held in New Hampshire in 1944.

(Why would other countries be loaned gold? It’s simple. In the decision formed by Bretton Woods Conference of 1944 that took place in New Hampshire, USA, which was attended by 44 countries including the Philippines [represented by Carlos P. Romulo]…)

Another Facebook page, “Filipino Future,” made the same claim about Romulo in two Facebook posts on January 17 and September 5, 2020. As of writing, these two posts have a total of at least 7,200 reactions, 954 comments, and about 5,500 shares.

An entry in the Official Gazette titled “The President’s Day: June 27, 1944” said that former president Manuel Quezon named the following as the Philippine delegates to the Bretton Woods Conference:

Carlos P. Romulo was not among the names that Quezon mentioned.

Volume 1 of the US Department of State publication “PROCEEDINGS AND DOCUMENTS OF THE United Nations Monetary and Financial Conference” also listed Soriano, Hernandez, Foley, and Mathay as the Philippine attendees to the 1944 Bretton Woods Conference. Volume 2 did not mention Mathay but listed down the other 3. Romulo’s name was not mentioned in either volume.

In the financial history paper “Who Was at Bretton Woods?” on the website of the Center for Financial Stability, the authors Kurt Schuler and Mark Bernkopf said that they are offering “for the first time a nearly complete list” of the attendees to the 1944 Bretton Woods Conference. The paper listed Soriano, Hernandez, Foley, and Mathay as the official Philippine delegates to the conference, without Romulo. Schuler and Bernkopf also listed Delphine Churko as additional staff for the Philippine delegation.

Romulo, though, did sign the Bretton Woods agreements for the Philippines. The Volume 2 of the document named “United Nations Treaty Series: Treaties and international agreements registered or filed and recorded with the Secretariat of the United Nations” published in 1947 contained both the Bretton Woods agreements for the establishment of the International Monetary Fund (IMF) and the International Bank for Reconstruction and Development (IBRD). Both agreements mentioned Romulo as a signatory with December 27, 1945, and Washington as the date and place of signing.

Other sources like a short profile of Romulo on the UN website and the March 23, 1957, issue of the Vassar Chronicle also cited 1945 as the year of Romulo’s signing of the Bretton Woods agreements.

The Bretton Woods Conference laid down a series of rules to foster international monetary stability for the post-World War II period. Aside from the establishment of the IMF and the IBRD (the IBRD would eventually become part of the World Bank), the Bretton Woods system also pegged the US dollar to gold at $35 per ounce, while other countries had an adjustable peg of their currencies to the US dollar.

It is the mention of gold that makes the Bretton Woods Conference a usual inclusion in claims involving the dubious “Marcos gold,” which is the main topic of the false videos and posts of “Ophir” and “Filipino Future.”

Rappler has debunked multiple false claims about the Marcos gold. There have been several fact checks on the Facebook “Filipino Future” as well. – Percival Bueser/Rappler.com