Facebook Twitter Copy URL
Copied
The Department of Health refutes the claim. There is no such institution called 'Beijing Vaccine Prevention Center.' 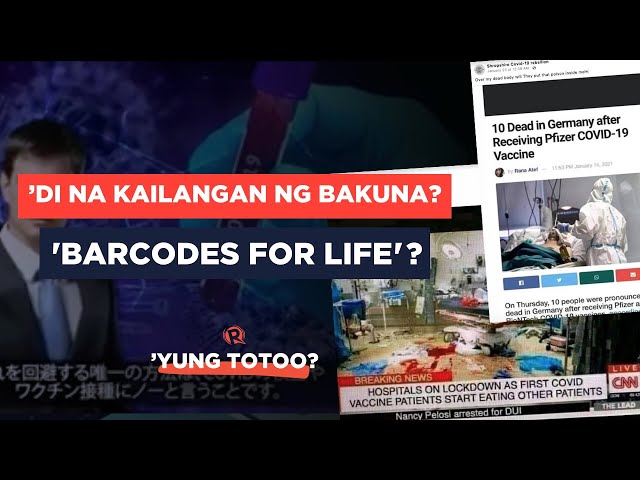 Multiple pages and accounts on Facebook falsely claim that there are 17 restrictions in administering Sinovac’s vaccine, including inoculation of pregnant women and those who are taking maintenance medicines for hypertension and diabetes.

The claim is attributed to “Beijing’s Vaccine Prevention Center” and an alleged specialist from Hong Kong.

The claim appeared as early as March 2021 and has circulated again in August 2021. Facebook’s Claim Check tool flagged the post as potentially misleading. The claim was also sent to Rappler for verification.

On April 7, the Department of Health (DOH) debunked on their official Facebook page the circulating list and called it “fake.” They reshared the notice when the post began circulating again in August.

“We emphasize that vaccines are important and will give the additional layer of protection against COVID-19. Always verify information available online with legitimate sources,” the DOH said.

There is also no such institution called the “Beijing Vaccine Prevention Center.” The local health authorities in the Chinese capital are the Beijing Center for Disease Prevention and Control and the Beijing Municipal Health Commission.

China did issue its first official COVID-19 vaccination guidelines on March 29, 2021, but it was released by the country’s National Health Commission. It suggested that senior citizens be vaccinated after clinical trials showed that vaccines were safe for the age group. Contrary to the fake list, the World Health Organization (WHO) recommends the vaccination of Sinovac’s vaccine for eligible pregnant women and persons with comorbidities, including obesity, cardiovascular disease, and respiratory disease.

The WHO only lists the following as ineligible for vaccination of Sinovac’s vaccine: