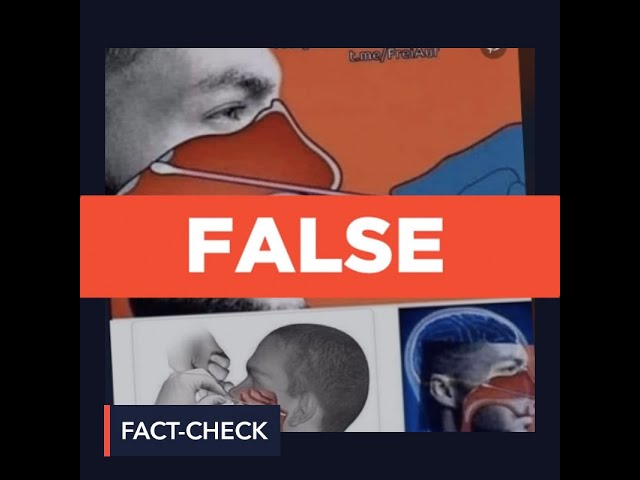 This claim was posted by user “Kate Lim” on Monday, September 14. In the comments of the post, she linked to articles that say COVID-19 is not real, which is a claim that Rappler has debunked in the past.

The post was flagged as potentially misleading by Facebook’s fact checking tool Claim Check on September 14 based on 11 submissions from users. According to the tool CrowdTangle, the exact same claim has been posted by users as early as September 8 and it has been shared at least 1,000 times collectively as of writing.

It is impossible to reach the blood-brain barrier through a nasal swab.

In her post, Kate Lim said, “Inserting a test bar deeply into the nose, causes haematoencephal (sic) barrier damage and can also damage endocrine glands (e.g. hypophysis). That’s why testing hurts so much!”

The hematoencephalic barrier or blood-brain barrier is composed of cells that form the walls of blood vessels in the brain. It’s the barrier between the cerebral capillary blood and the interstitial fluid of the brain.

On the other hand, nasal swabs are inserted through the nose to reach the nasopharynx, the upper part of the throat behind the nose.

The nasopharynx is not part of the blood-brain barrier and they are separated by the mucus membrane, the bones of the skull, and meninges. This image from Encyclopedia Britannica shows the nasal cavity and the structures that surround it.

Thomas Hartung, a professor at the Johns Hopkins Bloomberg School of Public Health, told the fact check organization Lead Stories: “[The blood-brain-barrier] is a microscopic structure. No way to reach any of this from the nose – there is a mucus membrane, bones of the scull, meninges, cerebrospinal fluid etc. between.”

Similarly, Shawn Nasseri, an ear, nose, and throat surgeon in Los Angeles, told USA Today that there are 3 layers of protection in the nose, including the dura mater or the tough lining of the skin around the brain. It would be hard to penetrate through this without something sharp, he said, and it would be “very incredibly unlikely” to be able to do so with a soft swab.

Speaking with the Associated Press, Morgan Katz, an assistant professor of medicine at Johns Hopkins University, also said that the swab “would have to go through layers of muscle and fascia, as well as the base of the skull, which is a thick bone, in order to get anywhere near the blood-brain barrier, and I would say that it is not possible.”

The US Centers for Disease Control and Prevention recommends collecting and testing an upper respiratory specimen for COVID-19 testing. – Vernise Tantuco/Rappler.com