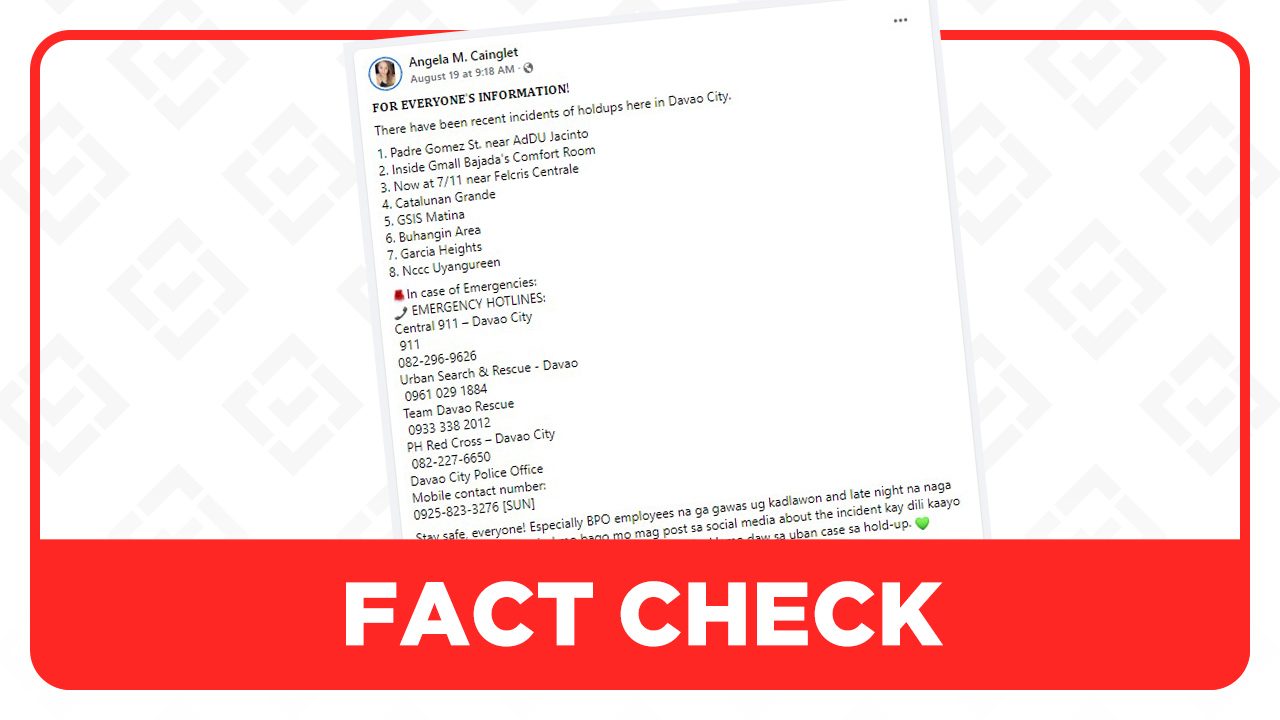 Claim: Hold-up incidents in Davao City have been rampant in eight specific areas in the city.

Why we fact-checked this: The post containing the claim has been reposted by at least 21 Facebook accounts and pages.

The bottom line: The Davao CIty Police Office on August 19 denied allegations that robbery incidents were prevalent in the eight specified areas of the city.

“The Davao City Police Office denies the allegations posted on social media regarding the report of areas where alleged robbery incidents are prevalent…. We have already validated and conducted investigation relative to this matter and found no reported robbery/hold-up incidents that happened in the areas mentioned on social media,” they said in their statement.

Rappler also found no posts or news of robbery incidents in the specified areas.

Charges: On August 27, the Police Regional Office 11 said they have been directed by their regional director Brigadier General Benjamin Silo to file criminal charges against the individual who posted the false information that circulated. – Ailla Dela Cruz/Rappler.com