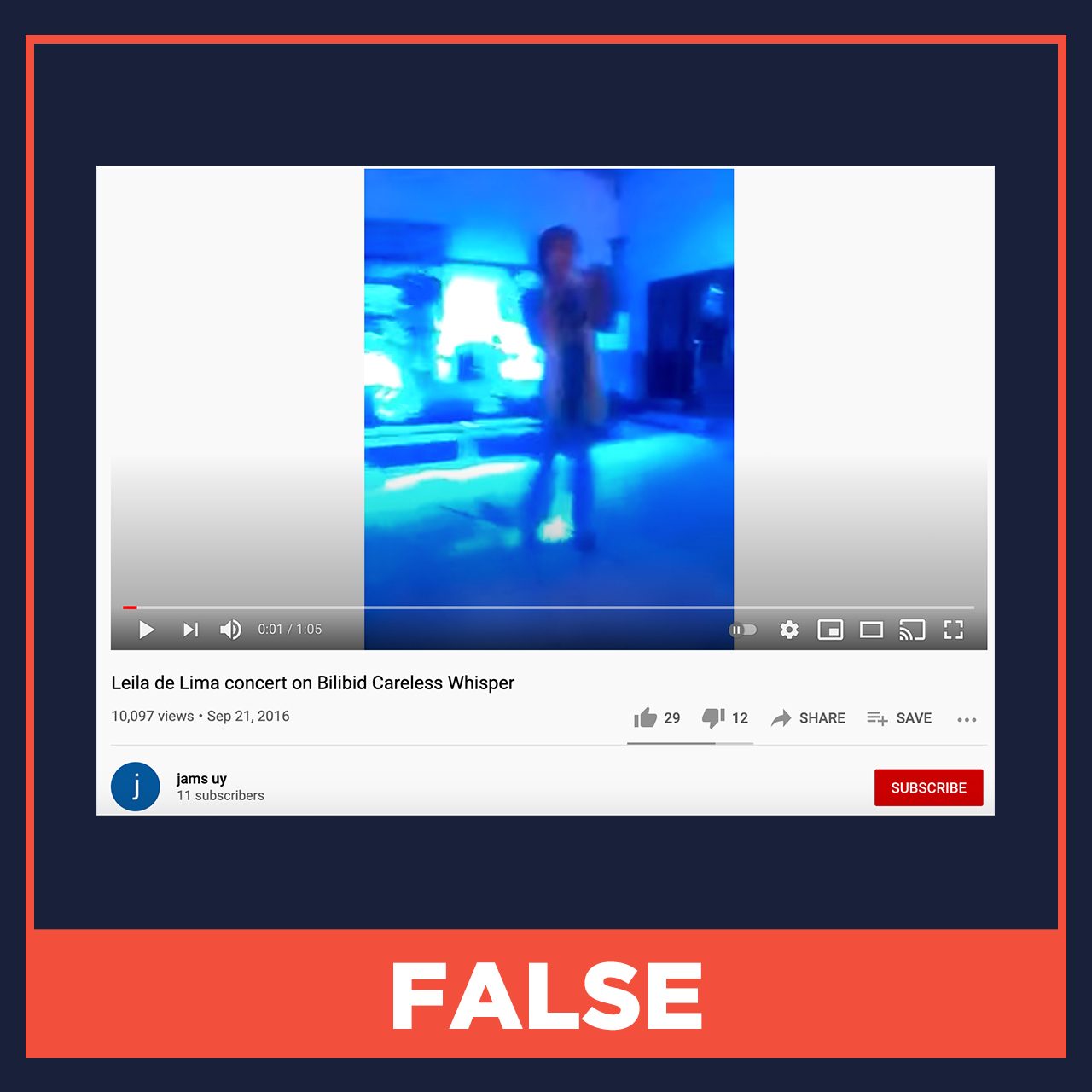 Facebook Twitter Copy URL
Copied
The video of Senator Leila de Lima was taken in May 2016, at a post-election event in Quezon City, not New Bilibid Prison

De Lima was arrested in February 2017 over drug charges. She was allegedly linked to the drug trade in the NBP when she was justice chief, supposedly to fund her 2016 senatorial campaign. She was acquitted on Wednesday, February 17, of one of those charges, but continues to be detained.

This claim is false. It has been debunked before but it is still being circulated.

The video of De Lima was taken in May 2016, at an election victory party held in the Saint Charbel Executive Village clubhouse and basketball court in Quezon City, according to a fact check by Agence-France Presse (AFP). This was confirmed by De Lima’s former spokesperson and the person who originally posted the video.

The original video was posted on Facebook on May 21, 2016, by user Evelyn Tanael Tagoo. The video is no longer available on Facebook, but photos of Tagoo with De Lima at a similar location and on the same date are publicly available on her account as of Friday, February 19. Tagoo told AFP that the party was held for those who distributed flyers for her campaign.

Rappler has fact checked a similar claim in April 2019 about De Lima supposedly “partying” in NBP.

De Lima is often the subject of false claims on social media. In December 2019, Rappler fact checked a claim that alleged she begged then-US president-elect Joe Biden for her freedom. In August 2019, a video that was edited to make her appear as if she was admitting to protecting drug lords in NBP was circulated online. – Vernise Tantuco/Rappler.com