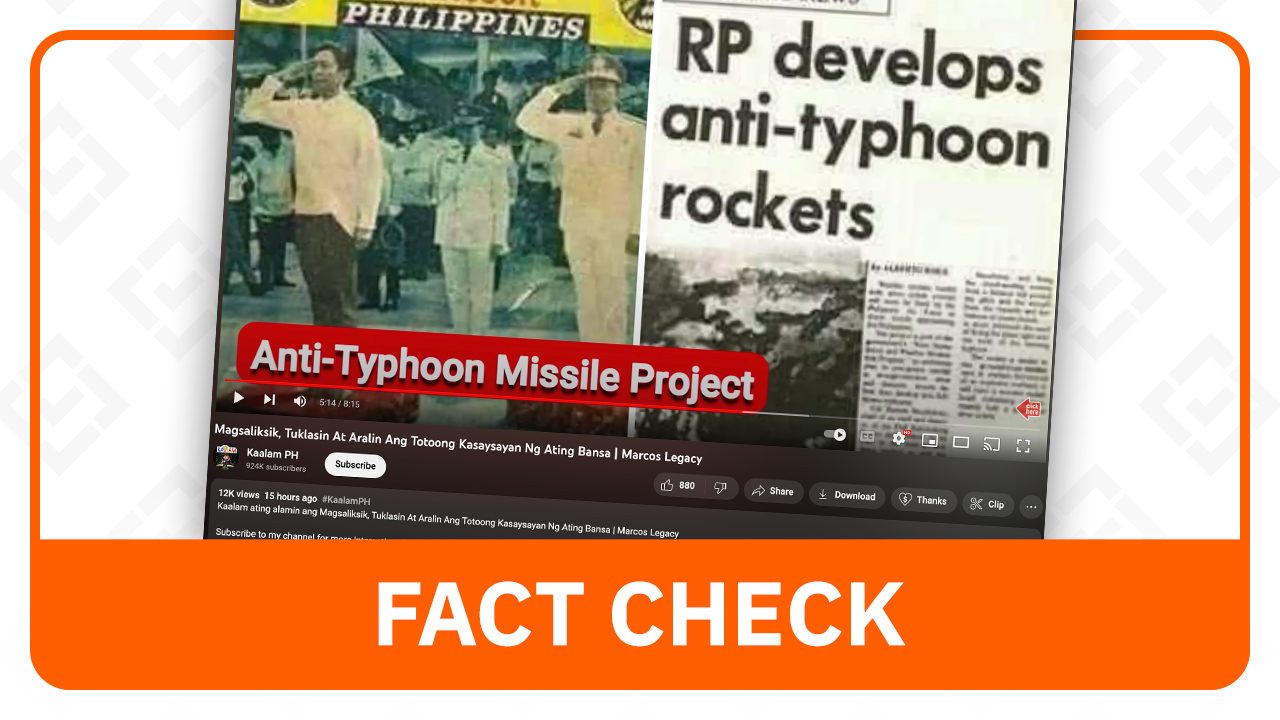 Claim: Then-president Ferdinand E. Marcos ordered the development of anti-typhoon missiles to stop oncoming typhoons to the country. This was discontinued due to the ouster of Marcos during the 1986 EDSA Revolution.

Why we fact-checked this: This had already been fact-checked previously, and the video has had 13,000 views and 938 likes as of writing.

No record. According to an earlier fact check, while Marcos created a committee on “typhoon moderation,” there are no official records indicating the development of anti-typhoon missiles. No missiles are known to be capable of preventing typhoons from hitting the country, or any part of the world for that matter.

The Typhoon Moderation Research and Development Council was formed by Marcos in 1977. Among its goals is to “utilize scientific measures to reduce the intensity of typhoon and resulting destruction” and to adopt precautions and measures to “prevent loss or destruction.”

US experiment. A previous, similar claim had made mention of the use of silver iodide to weaken typhoons. Experimented on by the US government, Washington deemed its use inconclusive and flawed after many tests. – Matthew G. Yuching/Rappler.com