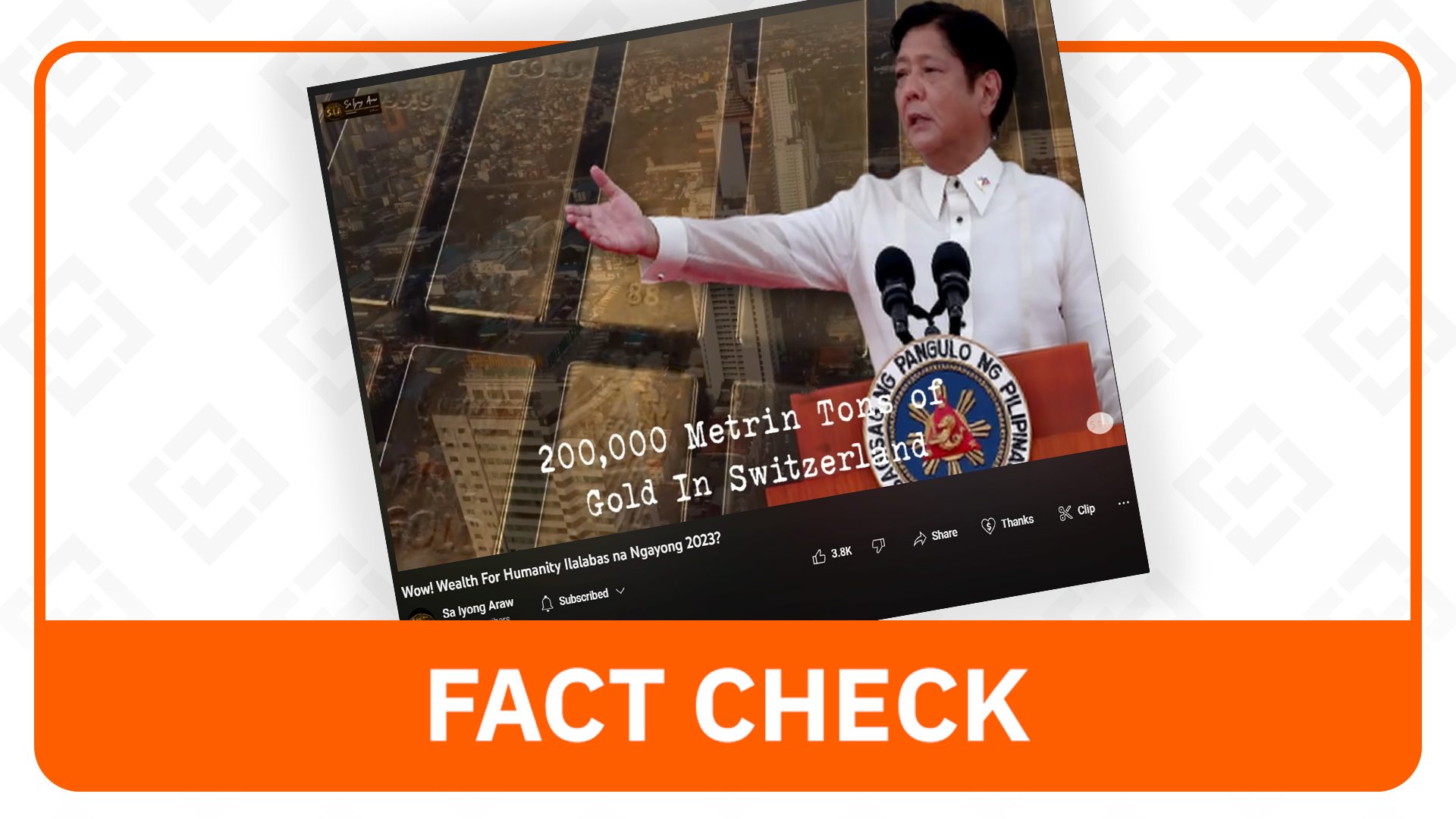 Facebook Twitter Copy URL
Copied
The total amount of gold mined throughout world history has only reached 200,000 tons in 2020. This makes it impossible for the late dictator to have invested that much gold during his time.

The video says the reason why foreign investors are confident in investing in the Philippines now is because they know that the former president’s son and namesake, President Ferdinand Marcos Jr., has the gold and will use it as a form of safety net in case the Philippines’ economic situation worsens.

Why we fact-checked this: The YouTube video containing the claim has over 53,798 views, as of writing.

Not enough gold during Marcos’ time: It’s impossible for the late dictator to have invested that much gold because the world has not mined enough gold yet when he was still alive.

According to M. G O’Callaghan’s book The Structure and Operation of the World Gold Market published by the International Monetary Fund (IMF) in 1991, only 104,350 tons (94,665 metric tons) of gold had been mined throughout history at the time of Marcos’ death in 1989.

The WGC says that Switzerland, which the claim says is where Marcos’ gold was invested, only has 1,146 tons (1.040 metric tons) of gold reserves.

Debunked in the 1990s: The claims that Marcos invested tons of gold go as far back as the 1990s has been debunked. A report of the Associated Press published on August 15, 1991, said that then-Presidential Commission on Good Government chairman David Castro claimed that Marcos secretly shipped 320 tons (290 metric tons) of gold to Switzerland. Swiss authorities dismissed the claim as groundless. – Lorenz Pasion/Rappler.com