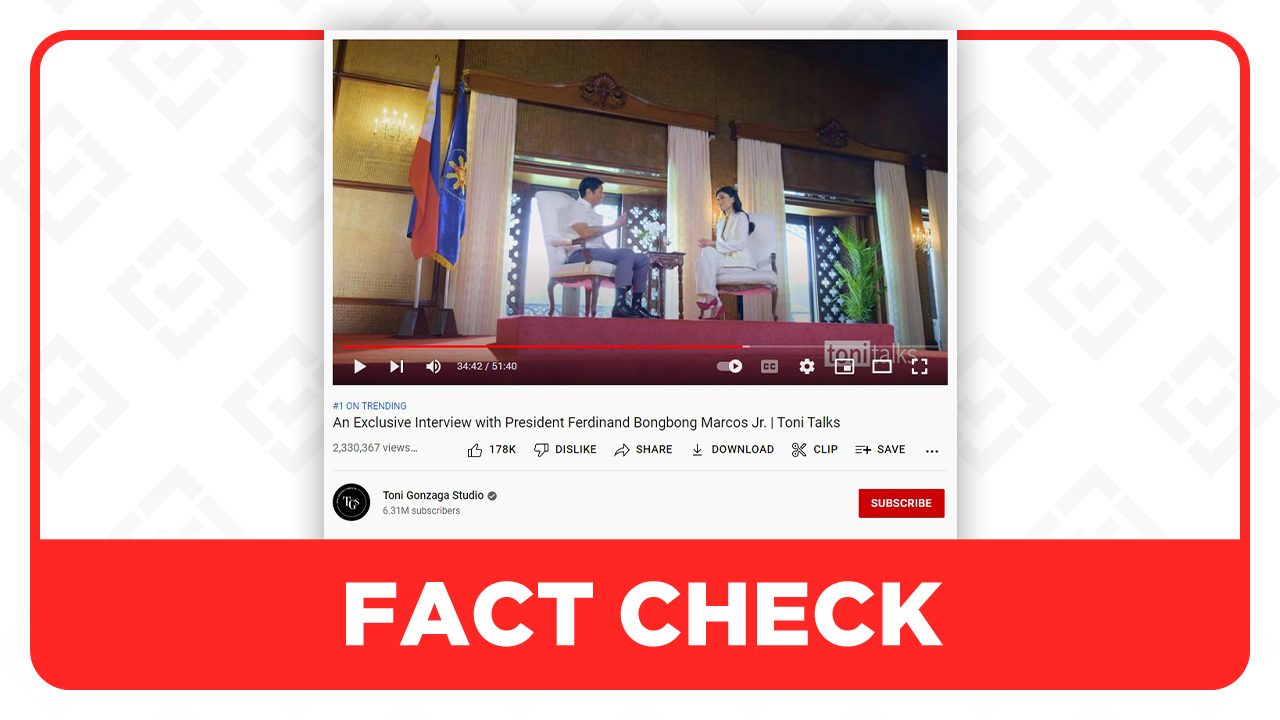 Facebook Twitter Copy URL
Copied
The ICC seeks to end impunity and probes into criminal cases when states do not, are unwilling, or unable to genuinely do so

Claim: The International Criminal Court (ICC) is only supposed to take action when a country no longer has a functioning judiciary.

President Ferdinand Marcos Jr. said in an interview with Toni Gonzaga aired on September 13: “The ICC very simply is supposed to take action when a country no longer has a functioning judiciary, has no longer some – the organs of state, the police, et cetera.”

The bottom line: The ICC intends to complement, not replace, a country’s courts. The ICC, which aims to end impunity and help prevent serious crimes of concern, investigates four of those crimes: genocide, war crimes, crimes against humanity, and the crime of aggression.

The ICC prosecutes cases when states do not, are unwilling, or unable to genuinely do so.

No genuine investigations: On June 24, ICC Prosecutor Karim Khan filed a request with the pre-trial chamber (PTC) for a resumption of investigations into the drug war killings, and those carried out by the Davao Death Squad (DDS), both during former president Rodrigo Duterte’s administration and during his term as Davao City mayor.

This means that Khan and the Office of the Prosecutor (OTP) have determined that there have been no genuine investigations carried out by Philippine authorities. What was done by a review panel of the Department of Justice (DOJ) was found to be a “desk review…[that] by itself does not constitute investigative activity.”

In 2020, data from the DOJ task force on extrajudicial killings showed very few have been convicted and most perpetrators have been cleared from charges. The data, however, excluded killings carried out by vigilante groups that acted with the prodding of state agents.

Government data show that 6,252 individuals were killed in police anti-drug operations between July 2016 and May 31, 2022, but this excludes those killed vigilante-style, which human rights groups have estimated to be between 27,000 to 30,000. – Ailla Dela Cruz/Rappler.com