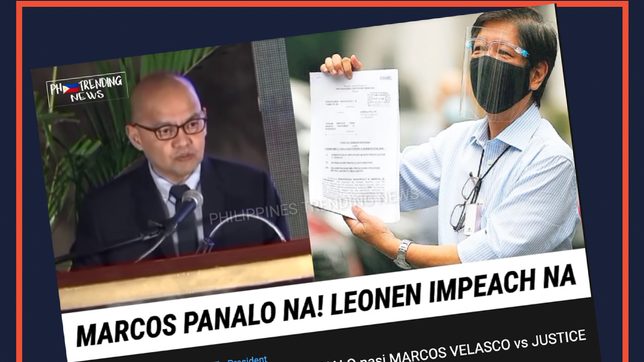 Facebook Twitter Copy URL
Copied
Leonen has not been impeached as of March 31. The endorsement of the impeachment complaint against him doesn't reverse the Supreme Court's decision to junk Marcos' protest.

The false video has over 110,000 views and 2,500 likes on YouTube, as of writing. Various public groups on Facebook have also shared the video.