A fake Facebook account posing as actress Liza Soberano posted a claim on Monday, May 17, that circulated after the coronation night of the 69th Miss Universe. It said, “Bawi tayo next year! Ako bahala. #MissUniverse (Let’s make up for it next year! I’ll take care of it. #MissUniverse).”

The comments on the post showed that fans got excited about Soberano’s intention to represent the Philippines in the 70th edition of Miss Universe. The post has accumulated over 68,000 shares, 135,000 reactions, and 10,000 comments as of writing, according to data from social media monitoring tool CrowdTangle.

“As much as I am flattered and grateful for all of your support and comments saying that I should give Miss Universe a try, I really don’t think it is for me,” Inquirer.net quoted Soberano as saying on her Instagram Stories on Monday, May 17. 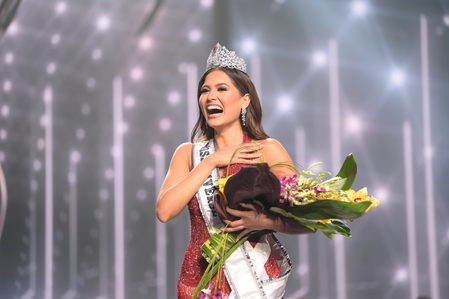 The actress explained that being an introvert is one of the reasons why she’s not inclined to join Miss Universe. “Stages with huge audience scare me half to death (as ironic as it may sound),” the actress wrote on her Instagram stories.

Soberano also urged people to report the fake account posing as her.

(I know that many are pushing Liza Soberano to join the Miss Universe-Philippines because they believe that Liza can make it. Again, thank you. But that is a fake account. Lisa does not speak that way. Liza has also said before that it never crossed her mind to join the pageant because she knows the amount of preparation, commitment, and dedication needed for it.)

Both Soberano and Diaz said they were grateful for the trust and support, but maintained that the actress has no plans of joining Miss Universe. – Owenh Toledo/Rappler.com