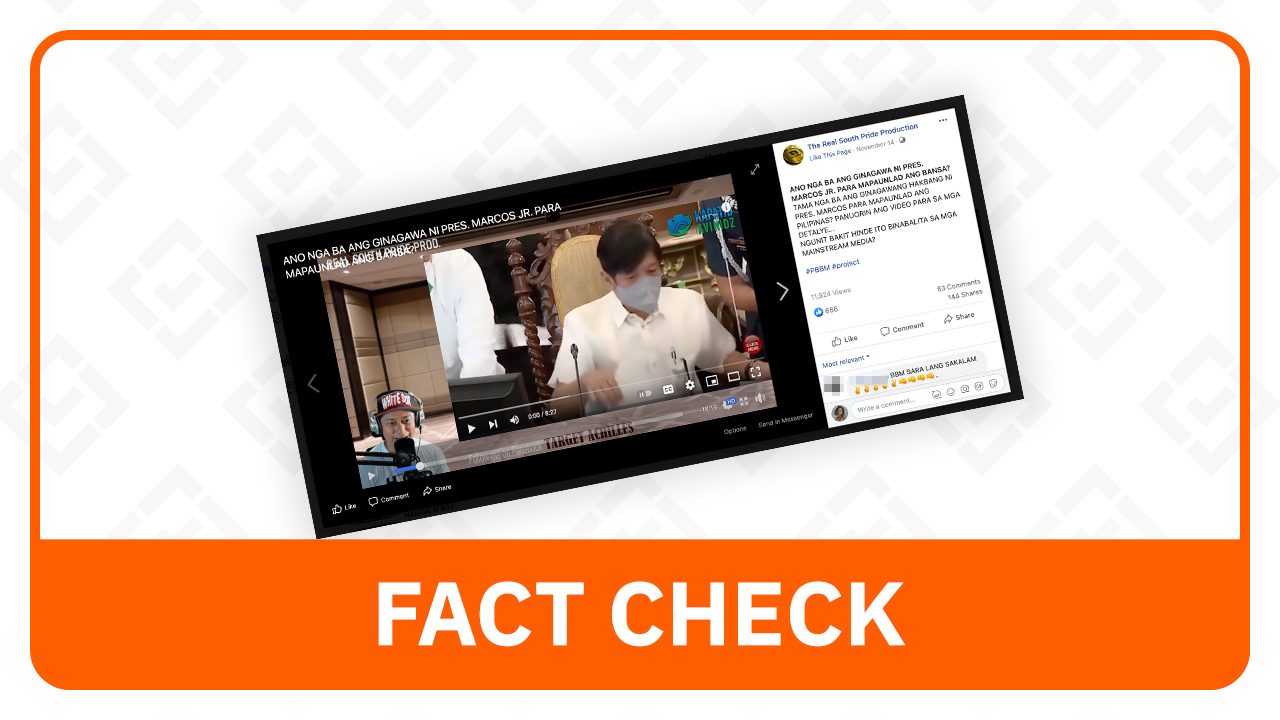 (When there are projects launched by PBBM or President Bongbong Marcos, and the big projects, good news, his future programs in agriculture, in infrastructure, his groundbreaking ceremonies, if you notice folks, they are never shown or covered or broadcasted by mainstream media. The only ones who show these are SMNI News and UNTV.)

The bottom line: There are reports on the projects, programs, and achievements of the President by mainstream media.

The President’s projects and priorities in agriculture have been reported by outlets like Rappler, GMA, and CNN.

His promises and projects related to infrastructure have been reported by ABS-CBN, PhilStar, CNN, and GMA. Even groundbreaking ceremonies led by Marcos have been broadcasted by ABS-CBN, GMA, and CNN.