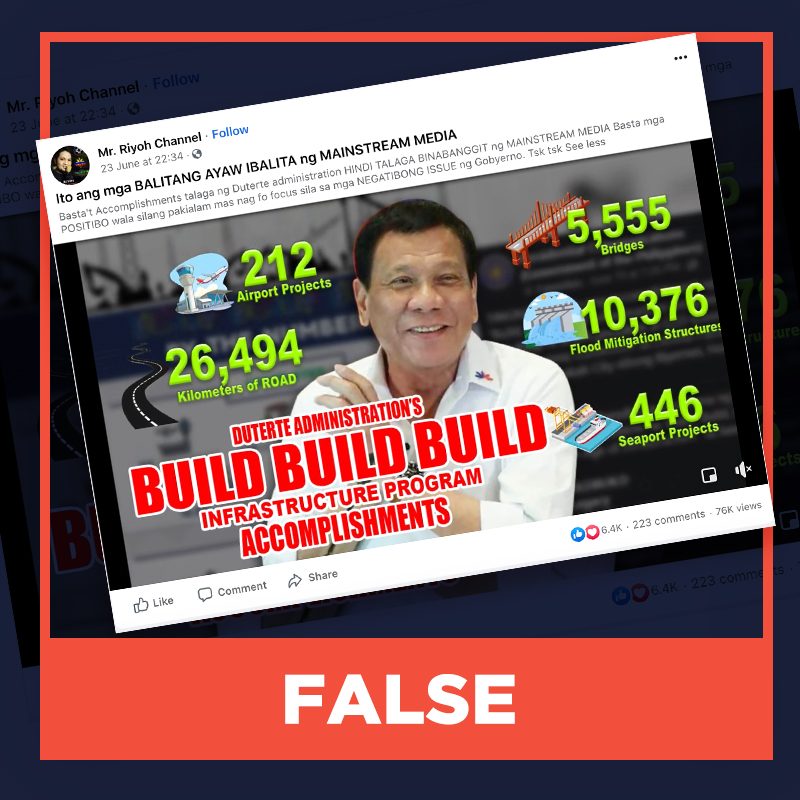 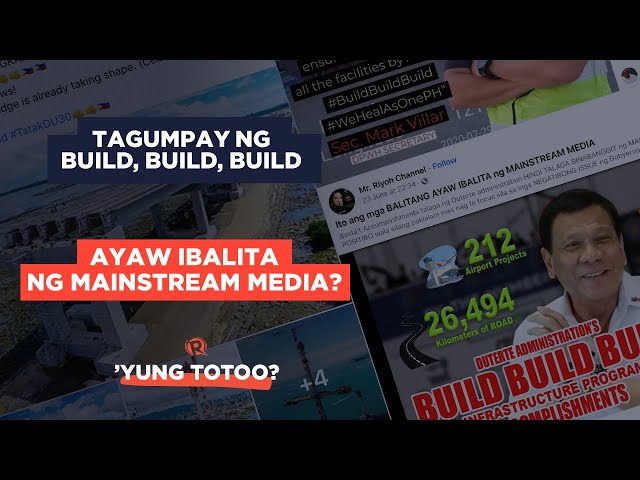 A video post on June 23 on the Facebook page “Mr. Riyoh Channel” said that mainstream media were not reporting some accomplishments of the administration of President Rodrigo Duterte, including data on completed Build, Build, Build (BBB) projects. As of writing, the post has about 5,700 reactions, 203 comments, and 1,400 shares, and the video has about 66,000 views.

The video is titled, “Ito ang mga BALITANG AYAW IBALITA ng MAINSTREAM MEDIA.” (This is the news that the mainstream media does not want to report on.)

The claim – that mainstream media did not report the BBB figures shown at the 1:13 mark of the video – is false.

Among the news agencies that showed some or all of the figures on completed BBB projects are:

In the news items, the sources of the figures were Department of Public Works and Highways (DPWH) Secretary Mark Villar and Presidential Adviser on Flagship Programs and Projects Secretary Vince Dizon.

Rappler has fact-checked several claims that mainstream media failed to report on some issue, such as the following: