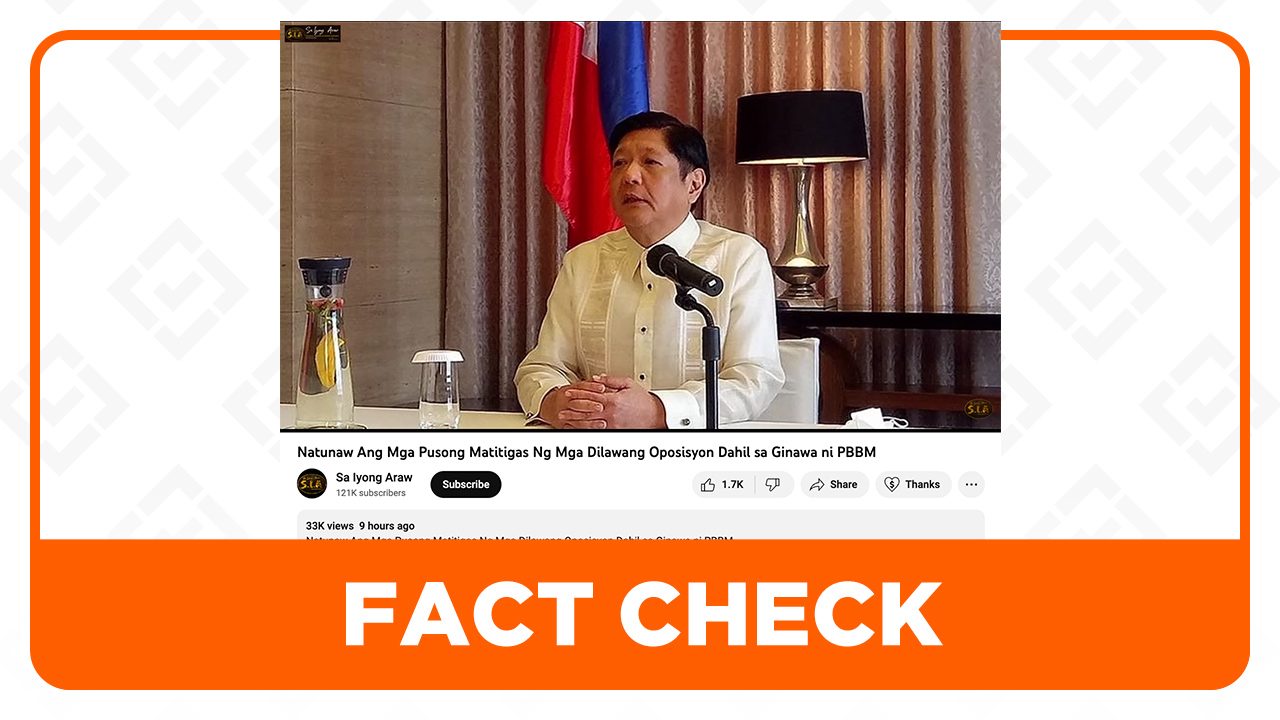 Why we fact-checked this: The YouTube video, posted on November 3, has gained a total of more than 11,000 views and over 1,000 likes as of writing.

The bottom line: ANC Digital uploaded a report of the wreaths sent to the Aquinos on their official YouTube channel, while INQUIRER.net included a photo of the wreaths in a report for Undas 2022.

Aquinos and Marcoses: Having a long political history together, the Aquinos and Marcoses have often been depicted as rival families with Cory Aquino winning the presidency after Marcos was ousted from Malacañang at the end of Martial Law.

For a deeper look into the events surrounding Marcos’ dictatorship, Rappler has articles on the brief recount of Martial Law, its key figures, and a timeline of the Marcoses’ political return. – Kyle Nicole Marcelino/Rappler.com