Facebook Twitter Copy URL
Copied
Several news outlets reported on the gold shipment complaint, which the central bank later said was based on a fake document

Facebook page “PSSAP Underground Media” falsely claimed in a video post that the Philippine mainstream media did not report on the alleged illegal shipment of 3,500 metric tons of gold to Thailand by members of the Noynoy Aquino administration.

This claim is false. This issue came out in several news reports in the Philippine media, including Rappler, Inquirer.net, ABS-CBN News, GMA News, Philippine Star, BusinessWorld, and Manila Bulletin.

Even the video clips that were used in the false video came from actual news reports from UNTV News and PTV. 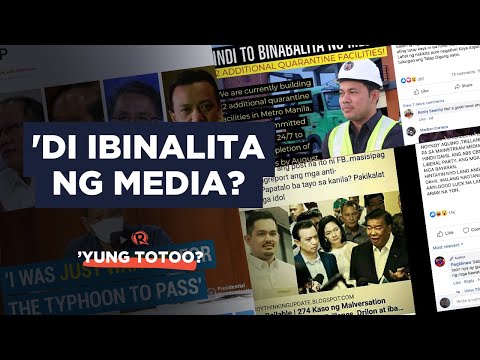 Moreover, the claim that the Aquino administration stole gold and deposited it into the Bank of Thailand had been debunked before.

Cantora’s complaint was based on a supposed BSP Circular No. 49 released in 2014, which would allegedly implicate the officials in the illegal transfer.

But in an email to Rappler in 2017, BSP’s legal counsel Elmore O. Capule called the supposed circular “spurious,” because BSP Circular No. 49 was issued on September 20, 1994, and was about a totally different subject matter. He added that BSP circulars are issued by the Office of the Governor, yet the fake circular was signed by Cabinet secretaries and the Senate president.

The video was posted on January 5, 2020, but it was still getting engagements as of Friday, February 12. Claim Check, Facebook’s monitoring tool that identifies potentially dubious posts on the platform, also flagged the video for fact checkers to verify. The video had over 2.1 million views, 57,300 shares, 40,100 reactions, and 5,500 comments as of writing.

This is not the first time Rappler debunked a post by “PSSAP Underground Media.” In December, we debunked a false claim from the page that said tilapia was introduced to the Philippines during Ferdinand Marcos’ presidency. The page also falsely said that a news report attributed a student leader’s death to Martial Law. – Pauline Macaraeg/Rappler.com