FALSE: Media did not report on agencies with highest COA rating, other than OVP 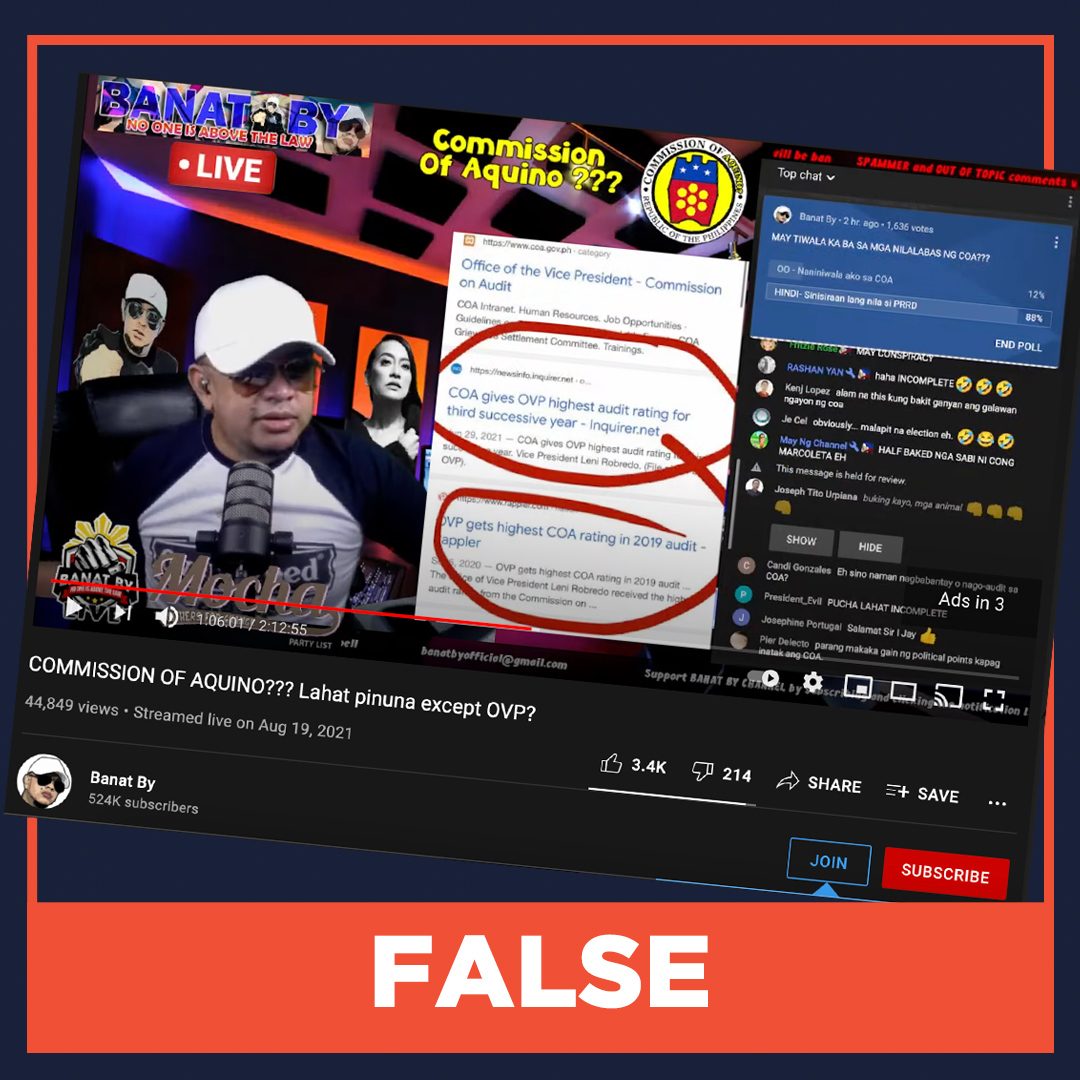 Facebook Twitter Copy URL
Copied
News articles in 2020 and 2021 reported on several government agencies other than the OVP getting an "unqualified opinion," or the COA's highest rating

On August 19, vlogger Banat By, whose real name is Byron Cristobal, said in a YouTube livestream that the media did not report that agencies other than the Office of the Vice President (OVP) received the highest rating or an “unqualified opinion” from the Commission of Audit (COA). As of writing, the video has 36,328 views.

(When it comes to the OVP, COA gives the OVP the highest audit rating. Clap for them! Isn’t it great? When it comes to the OVP, it’s different, it’s not flagged, right? Highest COA rating. But before, you remember, we tackled it too, that highest COA rating. Even some of the attached agencies of PCOO also have the highest rating, but only the OVP was reported in the media. Only the OVP has the highest rating, the others were not reported in the media, and the rest all got flagged.)

In the video, Banat By also showed headlines of the OVP getting COA’s highest audit rating, taken from Inquirer.net on June 29, 2021 and from Rappler on September 6, 2020.

As of writing, there are news articles featuring government agencies getting the highest audit rating from COA, which is an “unqualified opinion” (sometimes given as “unmodified opinion”). Examples of such articles published in 2020 or 2021, which are the years of publication of the two headlines that Banat By showed in the video, are the following:

The OVP has received COA’s “unqualified opinion” rating for their 2020 financial report, the third year in a row that they have attained the rating. (READ: Robredo’s office earns highest COA rating for 3rd straight year in 2020)

Rappler has fact-checked Banat By before for claiming that there are no extrajudicial killings in the Philippines, according to the United Nations Human Rights Council (UNHRC). – Percival Bueser/Rappler.com