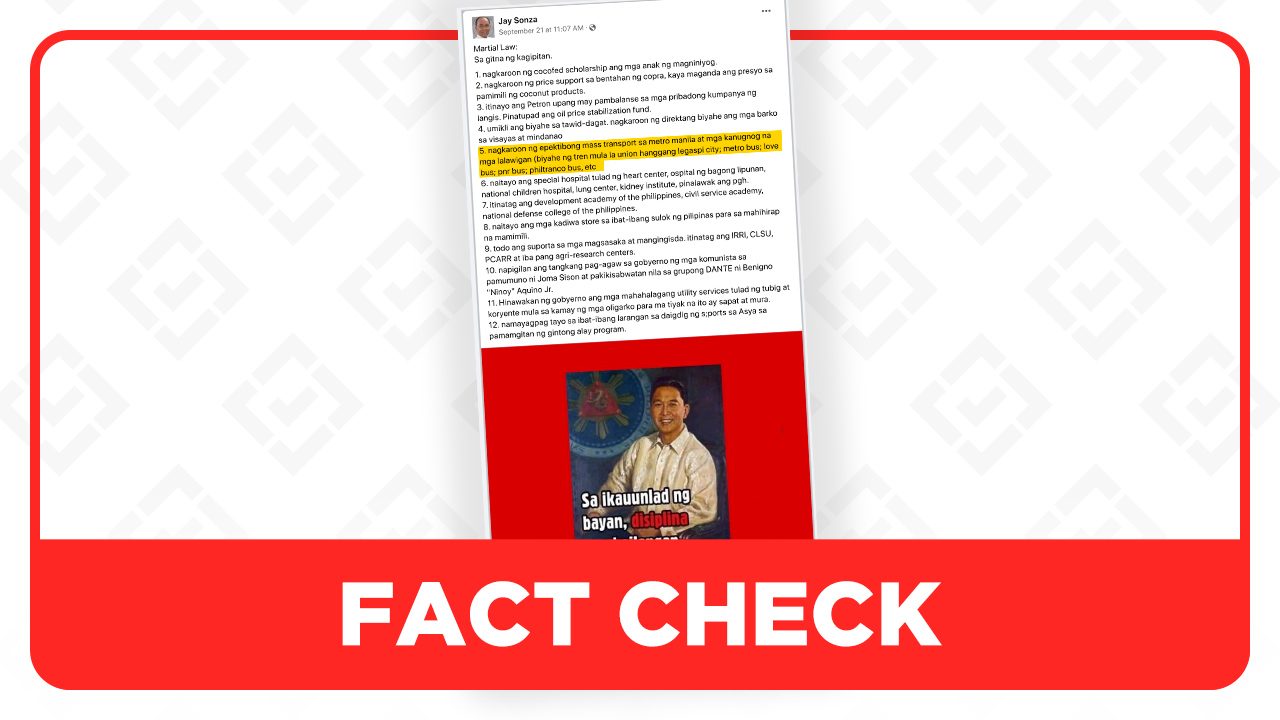 Facebook Twitter Copy URL
Copied
The railway that connected La Union to Legazpi, now known as the Philippine National Railways (PNR), was inaugurated on May 8, 1938

Claim: The La Union to Legazpi train line was established during Martial Law.

Why we fact-checked this: A Facebook post by Jay Sonza last September 21 with the false claim has around 3,300 reactions, 250 comments, and 572 shares. The same post was also featured in a YouTube video by Idol Caloy that has gained 84,522 views and over 4,900 likes, as of writing.

The bottom line: The railway that connected La Union to Legazpi, now known as the Philippine National Railways (PNR), was inaugurated on May 8, 1938 during President Manuel Quezon’s term, but construction of the railway from Manila to Dagupan started in 1887 by royal decree of Spanish King Alfonso XII.

Another Rappler fact check clarified that the PNR was not created by Marcos.

Initial support: The PNR was formerly known as the Ferrocaril de Manila-Dagupan in 1981, and Manila Railroad Company in 1917. President Diosdado Macapagal renamed the railway system to PNR in 1964 through Republic Act 4156.

Derailed support: The development of the Pan-Philippine Highway (renamed to Maharlika Highway) contributed to the decline of the PNR in the late 1970s. Government priorities shifted from funding rail transport to improving the highway network. Passengers and business also preferred cars, buses, and trucks over trains at the time. Although the development of mass transit in the Philippines continues to be a challenge, a single administration cannot be credited for both its growth and decline. – Pola Regalario/Rappler.com