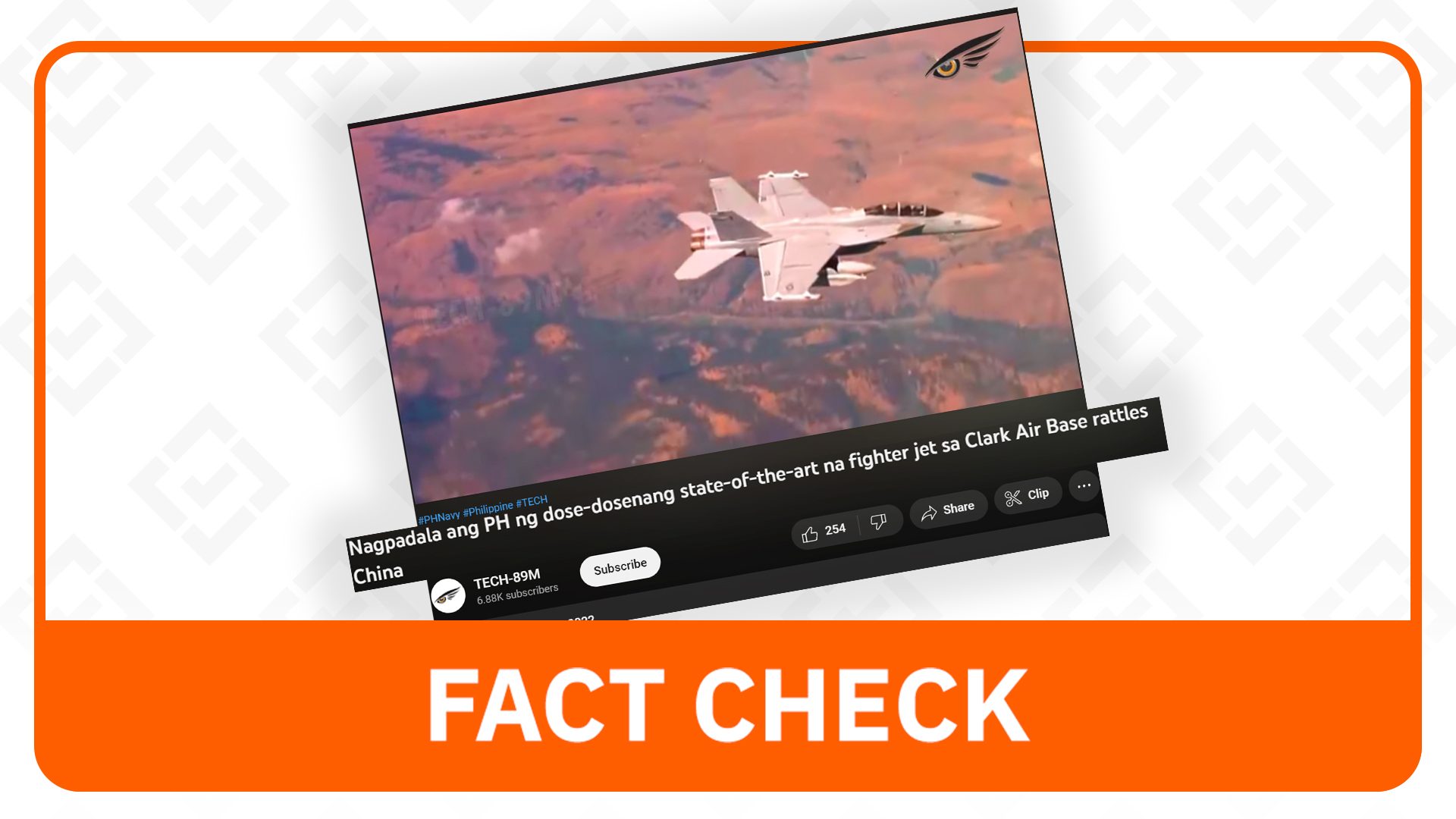 Facebook Twitter Copy URL
Copied
The Philippine Air Force has only 12 FA-50 fighter jets, some of which are either currently undergoing maintenance or are non-operational

Why we fact-checked this: The YouTube video containing the claim has over 19,000 views as of writing.

PH only has a dozen: The PAF has only 12 FA-50 fighter jets at present. The Philippine government purchased in 2014 fighter jets whose delivery was completed in 2017.

Less than 12 are operational: However, a News5 report on September 21, 2022, quoted an air force official as saying that only three of the 12 light fighter jets are operational.

PAF confirmed in a Philippine News Agency (PNA) report on September 21, 2022, that some of the fighter jets are undergoing maintenance without specifying how many aren’t working.

“While it is true that we have FA-50 aircraft that are currently on non-operational status, most of them are just ongoing scheduled maintenance which are mandatory precautionary checks and they will be back in the air soon,” Air Force spokesperson Colonel Ma. Consuelo Castillo said in the PNA report.

PH eyes buying more jets: In another PNA report on November 14, 2022, Department of National Defense officer-in-charge Undersecretary Jose Faustino Jr. said that the defense department is still looking at the possibility of buying multi-role fighter (MRF) jets for the Armed Forces of the Philippines.