FALSE: Philippines was richest country next to Japan during Marcos’ term 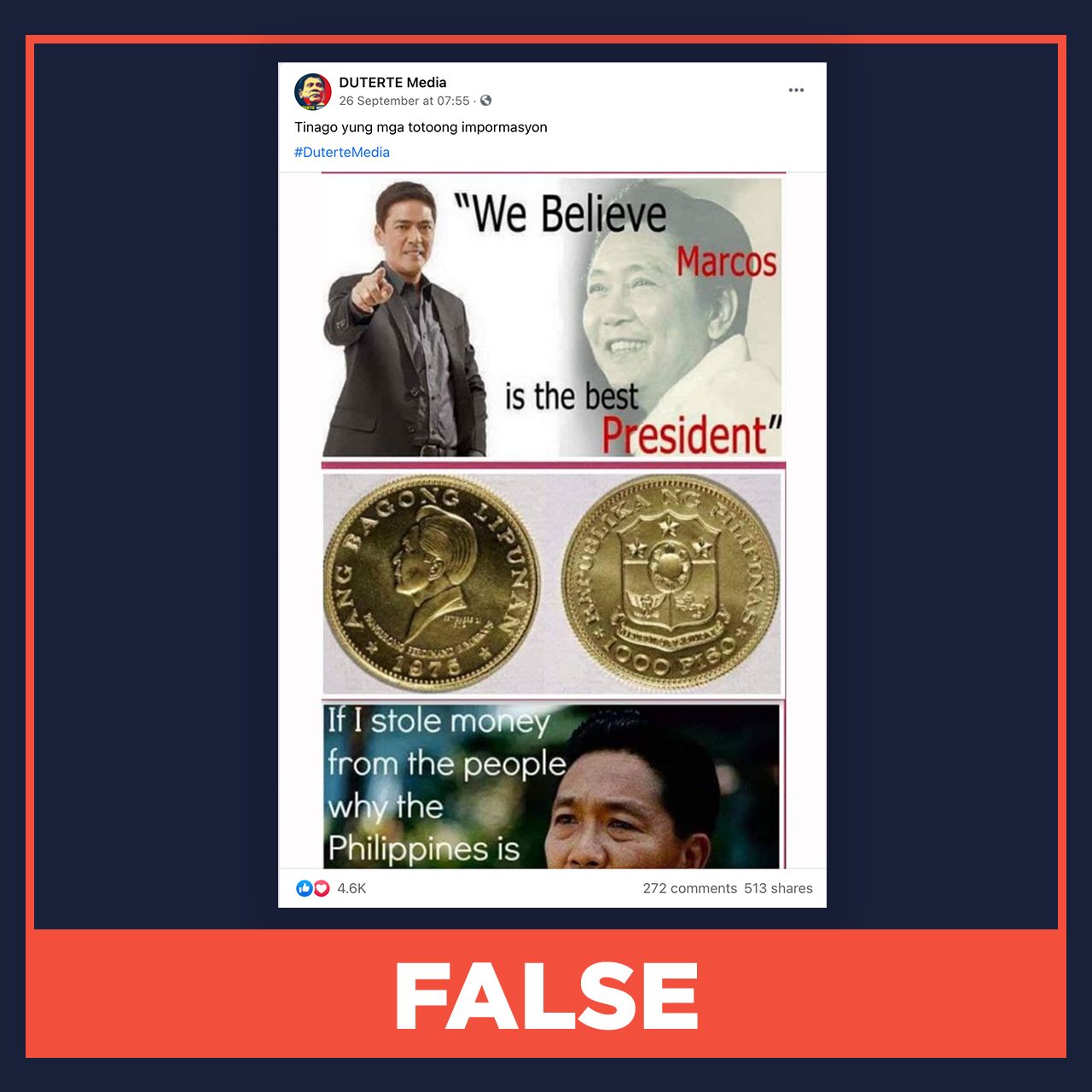 A photo circulating on Facebook claimed that the Philippines was the richest country next to Japan during the time of Marcos.

“If I stole money from the people then why [was] the Philippines the richest country next to Japan during my regimen?” the photo’s text wrote.

The photos were posted in “The Rappler Room” and “Fact-checking in the Philippines” Facebook groups for verification.

This claim is false. Based on gross domestic product (GDP) and GDP per capita, both key economic indicators, the Philippines was never second to Japan from 1965 to 1986.

When Marcos was elected president in 1965, data from the World Bank shows that the Philippines’ GDP ranked 7th in Asia and 30th worldwide.

Throughout Marcos’ time in office, the Philippines’ GDP ranked 10th to 14th in Asia, while its GDP per capita placed 11th to 21st.

By the time Marcos was ousted in 1986, the Philippines’ GDP fell to 13th place while Japan and China remained first and second, respectively. The Philippines’ GDP per capita also fell to 21st place in Asia and was overtaken by countries such as Thailand and South Korea.

Despite the country’s economic growth in the 1960s, Australian National University economics professor Hal Hill wrote in his 1982 paper that the Philippines’ GDP was “just now about half of Malaysia, one-third of Taiwan and, if current rates are maintained, will be similar to Indonesia by the end of the decade.”

Gary Hawes, a political science professor at Ohio University, attributed this to the drop in both foreign and local investment, cronyism, and the rising mistrust of Filipinos in the Marcos regime. “The authoritarian leader of an economic miracle in the making was transformed into  the disgraced kleptomaniac living in exile,” he wrote.

Rappler has previously fact-checked a claim that the Philippines was the “richest country” in Asia.

A CrowdTangle search showed that the photo was posted in several Facebook pages and groups. Similar photos circulated in 2020 and were fact-checked by Agence France-Presse Philippines. – Tatiana Maligro/Rappler.com