FALSE: Rizal stadium 'not part of the official venues' of SEA Games 2019 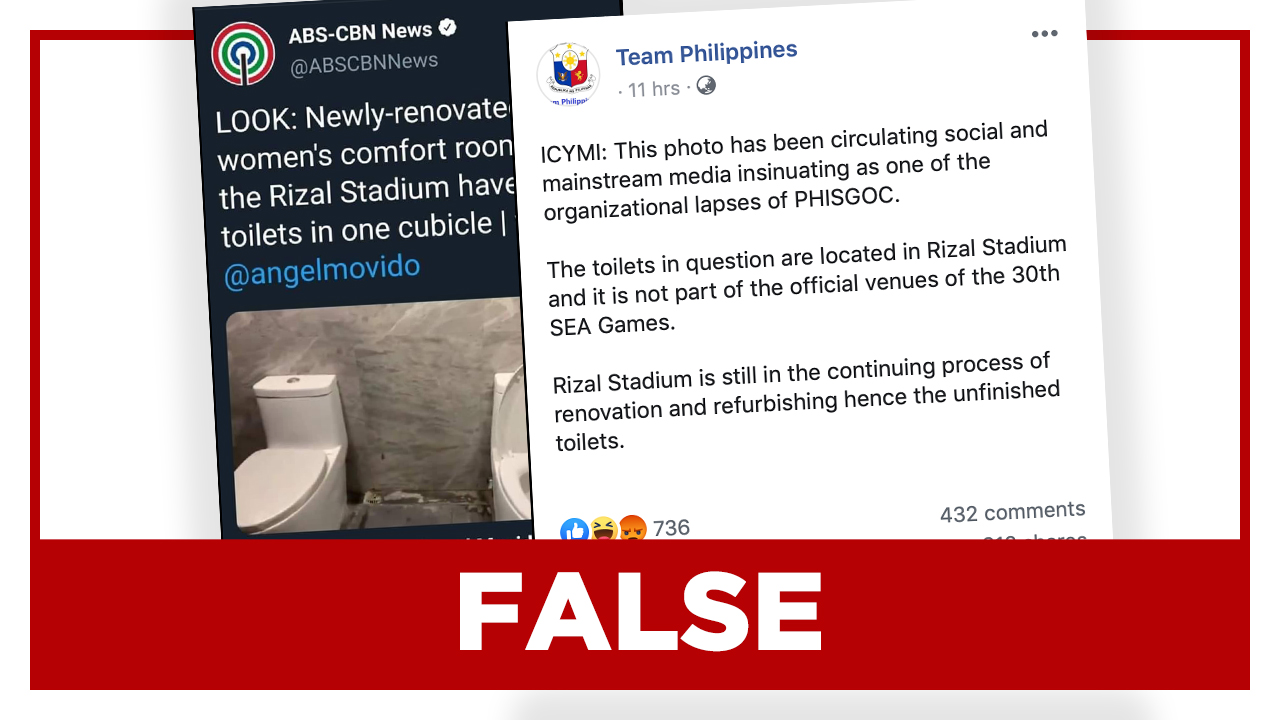 Claim: The Rizal Memorial Stadium is "not part of the official venues" of the 2019 Southeast Asian (SEA) Games, according to Facebook page Team Philippines.

On Monday, November 25, Team Philippines posted a screenshot of a tweet from ABS-CBN's official Twitter account showing the newly renovated comfort room with two toilets in one cubicle at the Rizal Memorial Stadium.

The page captioned its post: "This photo has been circulating social and mainstream media insinuating as one of the organizational lapses (sic) of PHISGOC (Philippine SEA Games Organizing Committee). The toilets in question are located in Rizal Stadium and it is not part of the official venues of the 30th SEA Games. Rizal Stadium is still in the continuing process of renovation and refurbishing hence the unfinished toilets."

The facts: The Rizal Memorial Stadium is one of the official venues of the 30th SEA Games, as indicated on the official website of the event. It is the venue of the men's football matches, which kicked off on Monday. It is also the venue for the semifinal and final matches of the women's football games.

ABS-CBN's tweet, shown in the Team Philippines screenshot, was posted on Monday. That same day, ABS-CBN posted a follow-up tweet clarifying that a construction worker they talked to said a wall would be put up between the toilets since they made the mistake of putting a second toilet bowl instead of a sink.

The stadium is part of the Rizal Memorial Sports Complex, which was renovated for the 30th SEA Games for the first time since it opened in 1934. However, the renovations at the 85-year-old facility remained unfinished even as the football matches began. (READ: Media center, stadium still unfinished as SEA Games 2019 football begins) – Pauline Macaraeg/Rappler.com