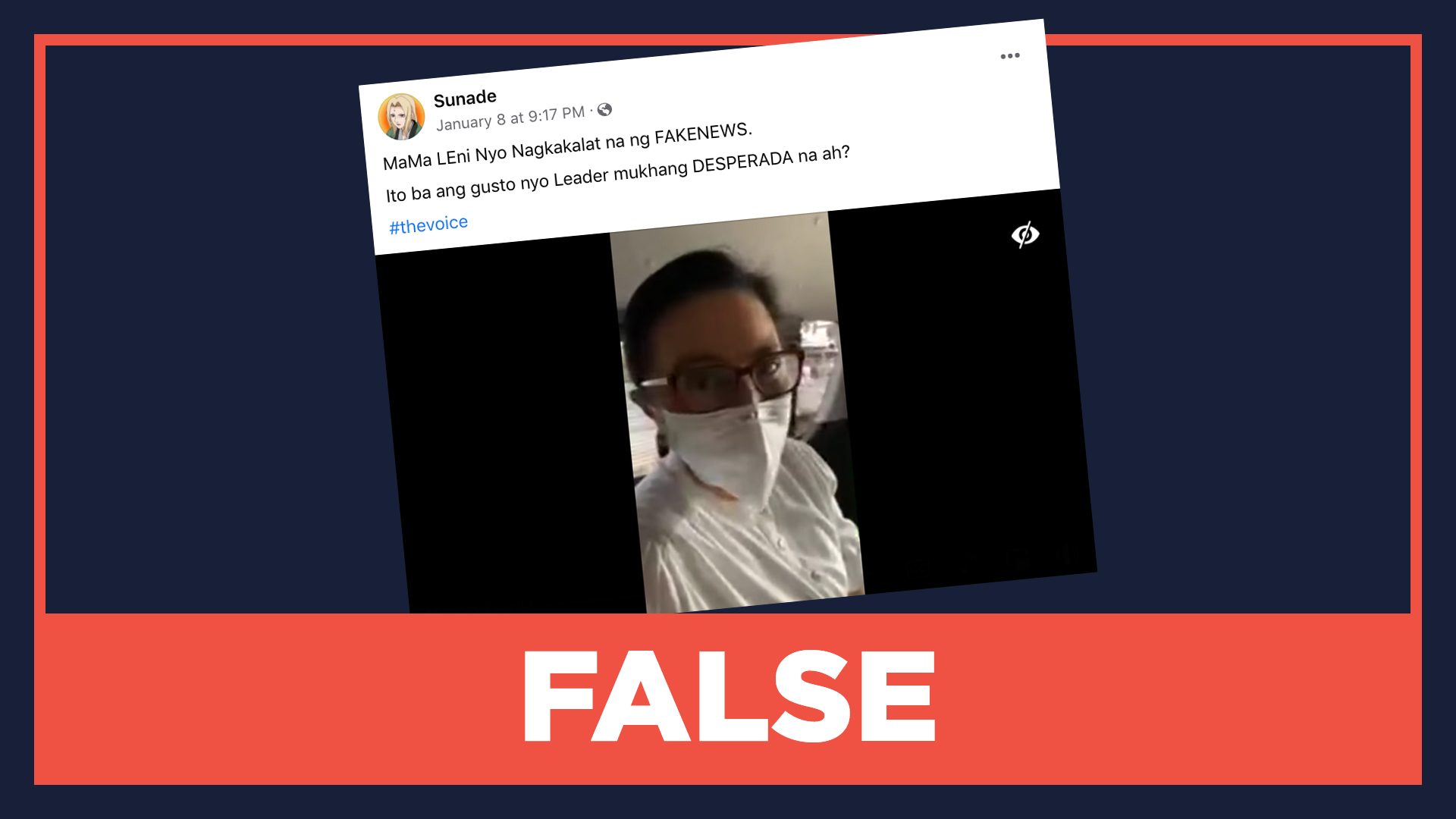 Facebook Twitter Copy URL
Copied
The original video is from Robredo’s Facebook live after Typhoon Ulysses in 2020. Robredo does not mention anything about martial law or even the name of Duterte.

Facebook page “Sunade” uploaded a video on January 8, that falsely claimed that Vice President Leni Robredo said President Rodrigo Duterte would declare martial law or a “total lockdown” the following Monday or Tuesday, and that people needed to prepare and secure food.

The original video used was from the Facebook live of Robredo on November 15, 2020, on her official Facebook page after Typhoon Ulysses ravaged Tuguegarao City, Cagayan.

The video was entitled “[A] LIVE: VP Leni at the boundary of Linao East and Annafunan in Tuguegarao City, Cagayan.” Robredo did not mention anything about martial law or even the name of Duterte in the video.

On January 7, Cabinet Secretary Karlo Nograles debunked the claim that Duterte would announce Martial Law and said it was “fake news.”

Defense Secretary Delfin Lorenzana on January 6 also refuted a similar claim by a voice recording that had spread on social media.