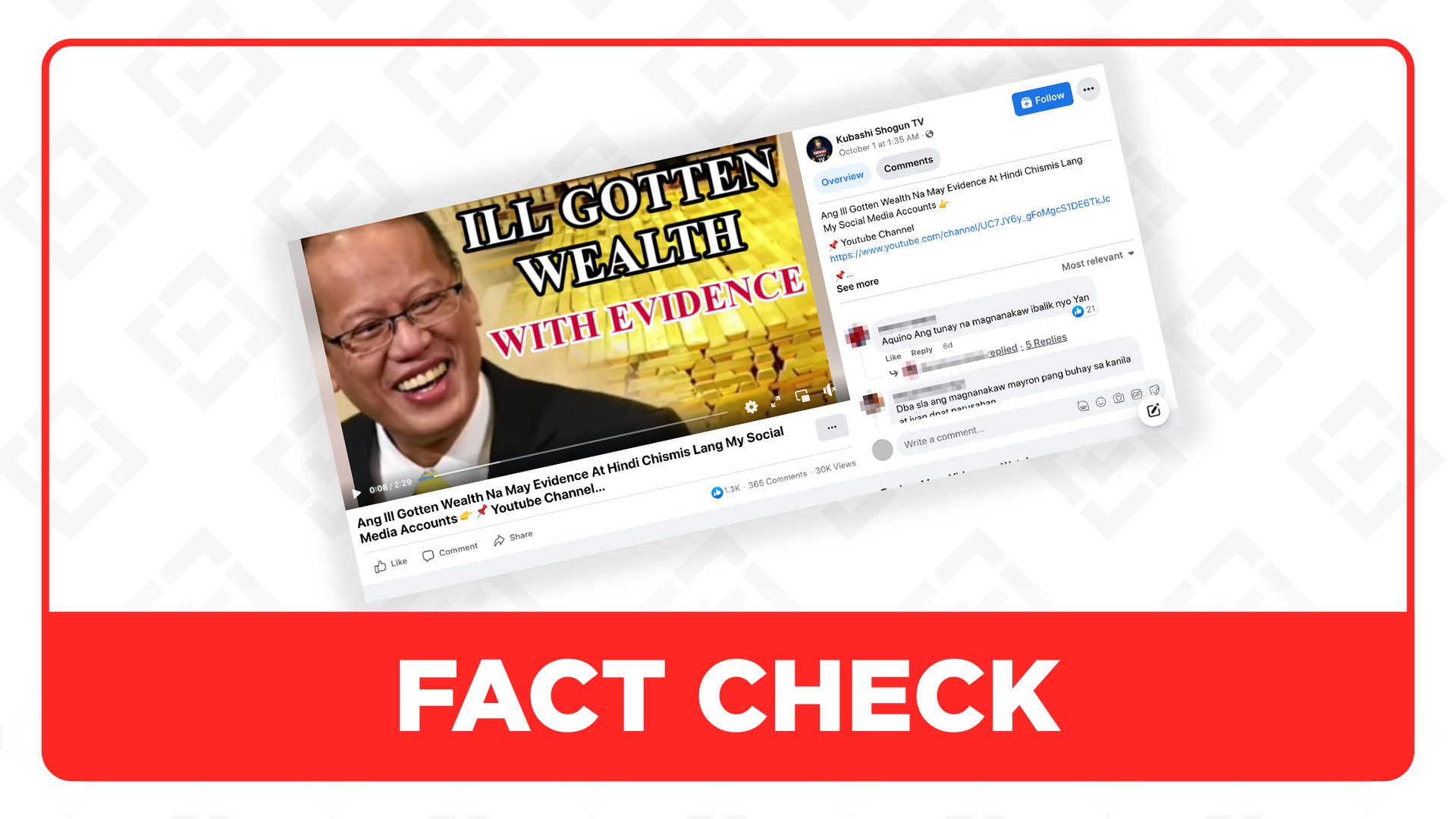 The video making the claim stitched together different clips about the complaint filed before the Ombudsman in January 2017. It also featured an interview on UNTV by Dr. Galma Garcia, then director of the Transnational Anti-organized Crime-Intelligence Group (TAOG-IC).

The bottom line: The document that served as a basis for the complaint has been proven false, as reported by several news groups like Rappler, ABS-CBN, and News5.

No merit: The complaint was filed by Rogelio Cantoria and Fernando Perito before the Ombudsman in 2017. It alleged that Aquino and his allies stole 3,500 metric tons of gold that they deposited in the Bank of Thailand in 2014. The entire complaint was based on a document deemed “spurious” by Elmore Capule, legal advisor of the Bangko Sentral ng Pilipinas (BSP). It was also laden with errors and inconsistencies.

Although Garcia of TAOG-IC claimed that they possessed strong evidence to support the case, no such evidence has surfaced.

Dubious group: The TAOG-IC has had a history of misrepresentations. Its registration at the Securities and Exchange Commission (SEC) was revoked in May 2022. The Order of Revocation said the group’s activities “constitute serious misrepresentation that could advance a fraudulent purpose or can be reasonably expected to cause significant, imminent and irreparable danger or injury to the public safety and welfare.” – Pola Regalario/Rappler.com