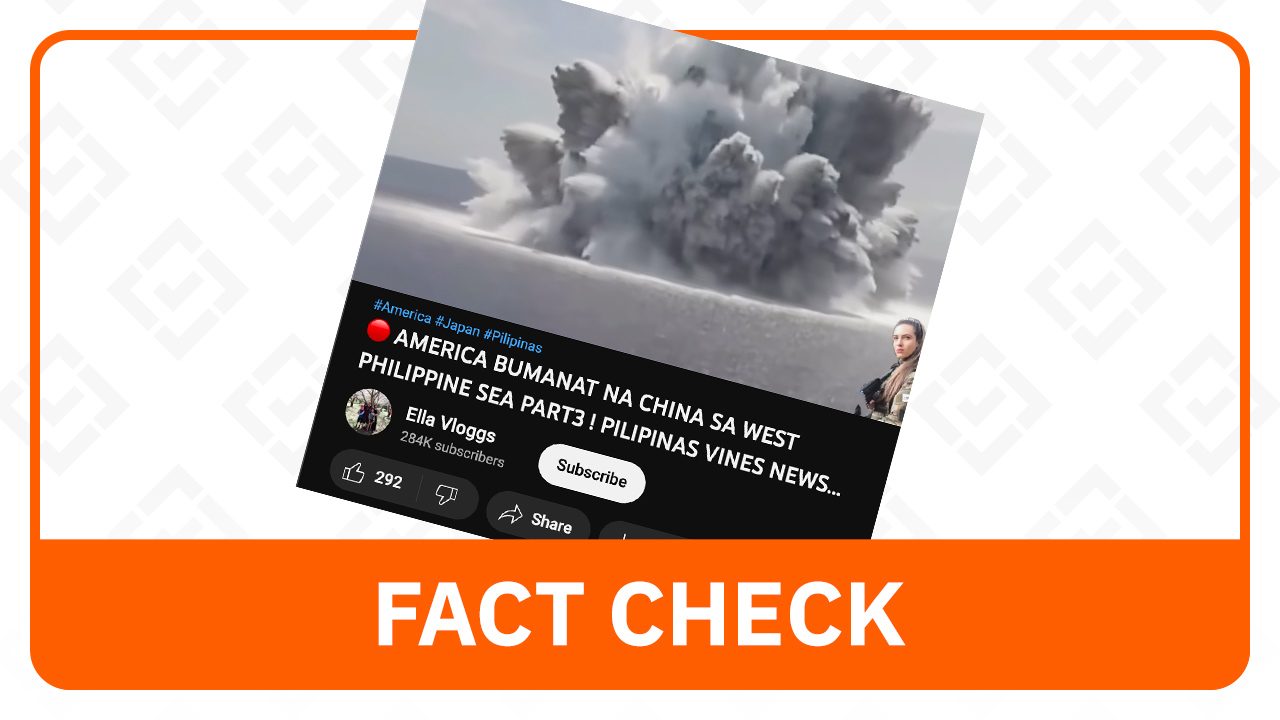 Simulation. The video shown is an explosion set off by the US Navy near the USS Gerald R. Ford, an aircraft carrier, off the coast of Florida on June 21, 2022.

The explosion, called a full ship shock trial, is a test done on a ship to simulate its seaworthiness in the event of an attack.

CBS News reported that 18,000 kilograms of explosives were used for the test, resulting in a magnitude 3.9 earthquake.

Tensions remain in the West Philippine Sea as Beijing insists on its sweeping maritime claims despite Manila’s historic victory at The Hague in 2016. Chinese vessels were most recently seen near Iroquois Reef and Sabina Shoal, with their actions called “unacceptable” by the Department of National Defense. – Matthew G. Yuching/Rappler.com