Facebook Twitter Copy URL
Copied
The video is actually of Indian politician Surendra Furtado, who fell into a creek in 2016 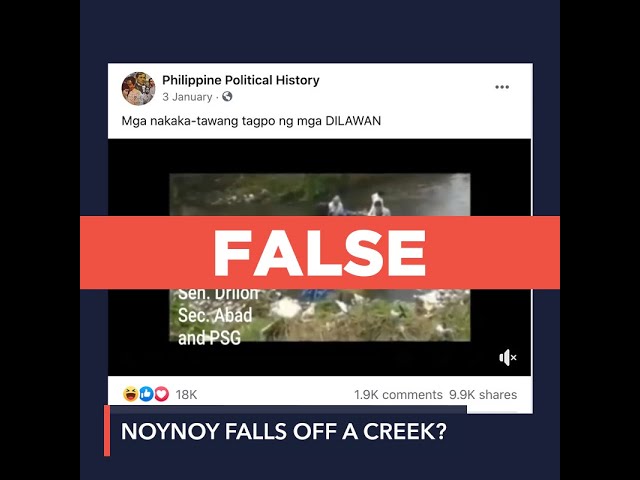 The video showed a man in yellow and a group of men, presumed to be Aquino and his Cabinet members, falling off a boat. The post said: “Mga nakaka-tawang tagpo ng mga DILAWAN.” (The funny images of the Yellows.)

A reverse image search of the incident shows that the person in yellow is Surendra Furtado, then-mayor of Panaji, India.

A tweet on June 27, 2016 by Asian News International, a media organization based in India, contains the video. The video shows Furtado, two journalists, and others during a de-weeding drive along St Inez Creek in Panaji.

Indian news media company NDTV also reported on the incident in June 2016. They said that Furtado and 6 other officials and journalists climbed a de-weeding machine that could carry only two people at once.

Aquino’s spokesperson Abigail Valte denied that it was the former president in the video in a fact check published on October 18, 2018 by Agence France-Presse (AFP). Aside from AFP, Vera Files also fact-checked the claim on October 30, 2020. – Danah Cubacub/Rappler.com